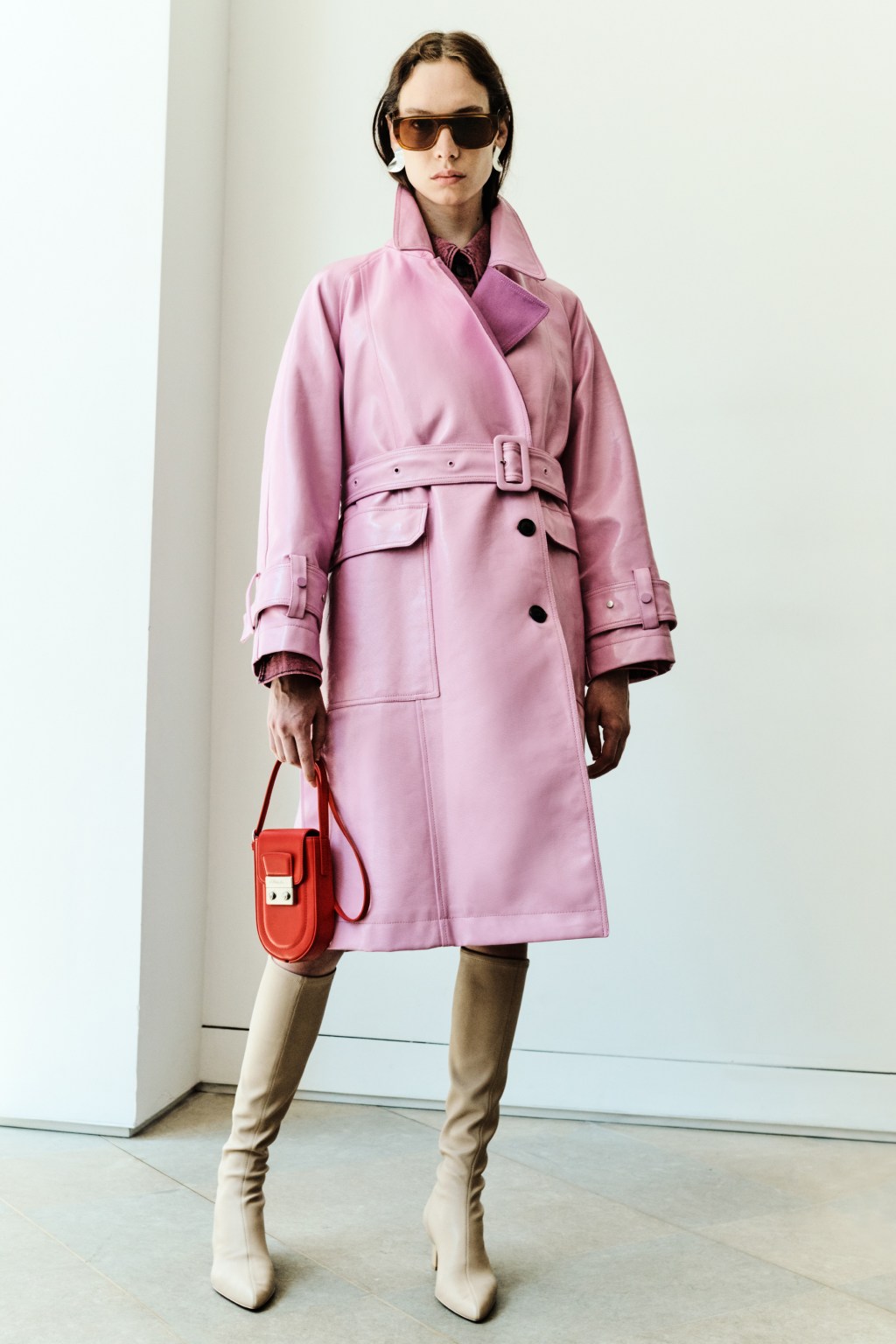 For the resort season, designer Phillip Lim brought back the off-duty look in a strong way.

“We’ve been exploring leisure and back to work, and now we’re settling somewhere in between,” he said during a preview, adding that the collection was also inspired by the upcoming Freeform television pilot, “AZNBBGRL,” which he is working on as a consulting producer (or as Lim said, as a “vibe check”) with friend and producer, Melvin Mar (whom Lim also worked with on the recently wrapped Disney+ series “American Born Chinese”).

“I’m flying out next week to start filming — it actually films in the place where I grew up in, which is a big Vietnamese community [the series is set in the Vietnamese community Little Saigon in Orange County, Calif.]. ‘AZNBBGRL’ is kind of about that car culture and subcultures within the Vietnamese community. It inspired this collection because it’s reminiscent of the codes of what [the girls] wear — which is denim chinos, French terry — but street. You get this idea of ’80s, ’90s and 2000s, rolling all in — but how do you make it chic, feminine and for the modern woman?” Lim said, adding a portion of the episode is set to be filmed from his mother’s house. “I was working on this collection at the same time as consulting, so it’s related but abstracted.”

The collection was also said to be inspired by LL Cool J’s “Around the Way Girl,” which had been on repeat in Lim’s studio since the season’s origin and alluded to the collection’s “bold, confident, expressive yet always effortlessly cool” attitude.

To round out the assortment, Lim styled the looks with new takes on his signature feminine utility with washed satin dresses, soft tailored separates, ribbed knits and kaleidoscopic crushed velour tops. Each look offered ease with realistic volume play and was styled with statement-meets-everyday handbags and footwear.

“It’s so funny how I look at it and think, ‘Wow I should have saved all my clothes.’ Fashion is so cyclical,” Lim joked. Indeed it is; his resort collection offered the right amount of nostalgia with cool, modern edge.