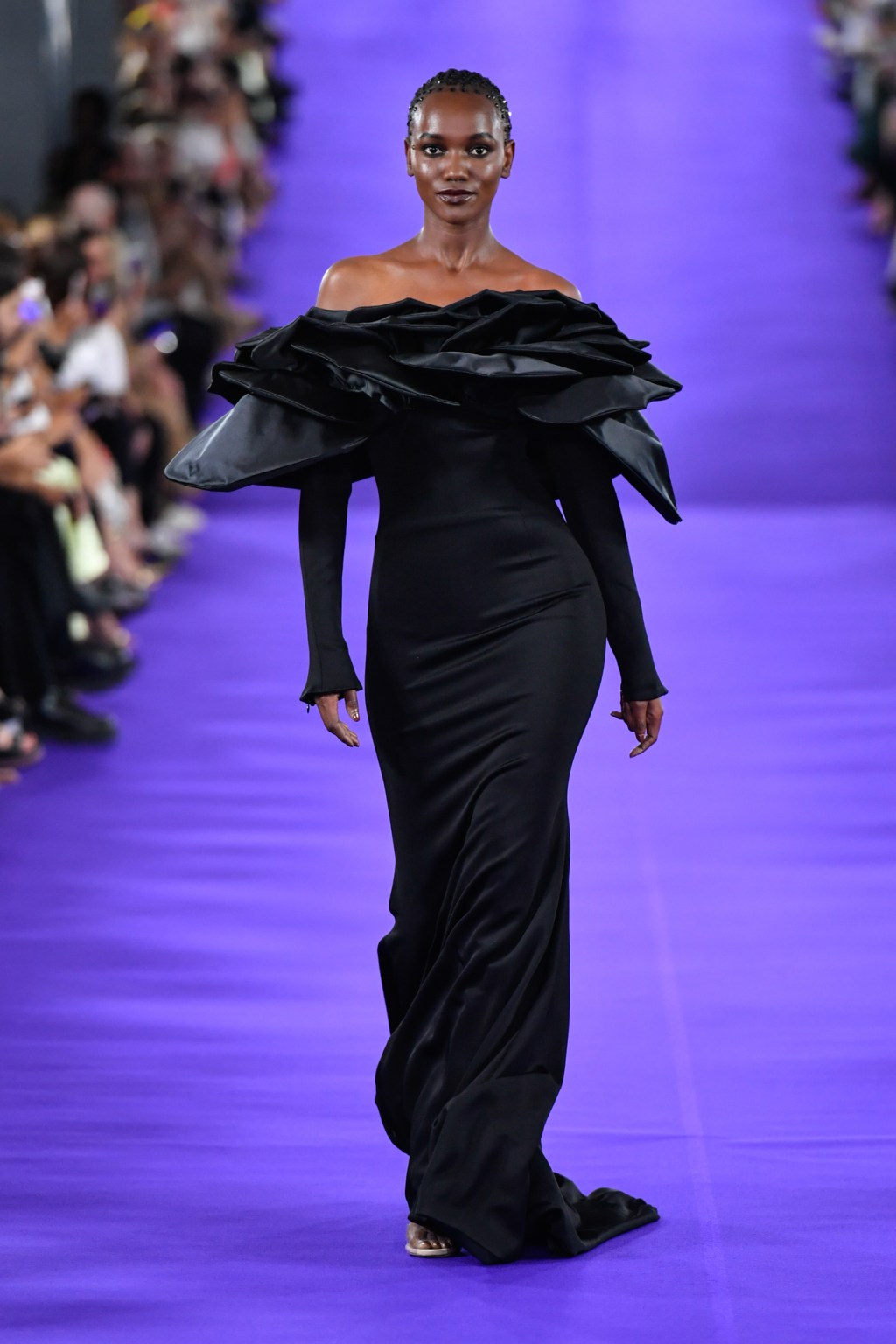 Dita Von Teese, among the front-row guests at Alexis Mabille, obviously got the memo.

The designer offered up a collection for the unabashed diva, his inspiration a quote from an interview with Aretha Franklin: “Do you think I’m a diva? Then I am a diva, OK.”

With the insouciance of the 1980s, he toyed with full-on glam in a collection of stage-worthy statements. “It’s about strong, powerful but positive, happy personalities,” Mabille explained. “It’s a hymn to women.”

There was plenty to flatter his Hollywood heroine, with his signature hourglass tailored gowns done in an array of shapes and shades with voluminous cuts and full skirts for that red-carpet twirl.

The first model emerged in a long black jersey sheath dress with a giant flower neckline in tone-on-tone satin, demonstrating his skill in sculpting fabric. His signature bow, on the shoulder of a navy crêpe tuxedo dress, turned into a generous train. Several looks riffed on power dressing, with white shirt tops tucked into dramatic black skirts of varying styles and proportions.

Mabille’s signature was equally legible in an expanded lineup, in which he put more focus on flou and dabbled with all-out glitz. There was a rose pattern embroidered in sequins on a tuxedo suit, and building on what he did for spring, he continued to play with sportier silhouettes. These included an allover sequined sweatshirt dress in diagonal stripes, a hooded tracksuit and a cropped sweatshirt and matching maxiskirt in gored satin piqué. There was even a giant black vinyl hooded coat that might work for a rainy night at the opera — or for when, in the midst of a music festival, the heavens open.