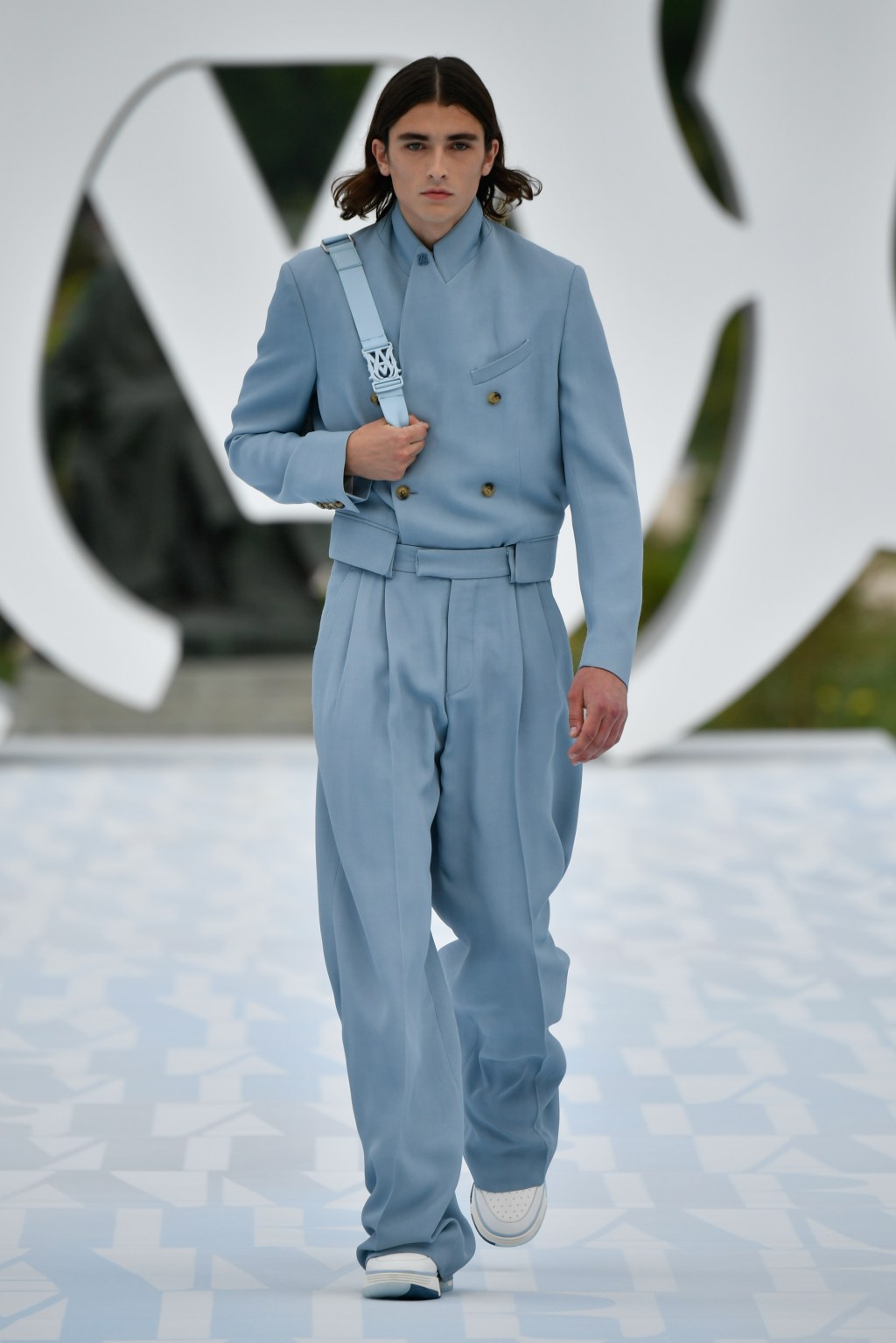 From the featherweight trousers that fluttered in the breeze to the chiffon wings of a Pegasus soaring across the back of a sparkly silk jacket, this collection had a lightness of being, and a polish, that could stand shoulder to unconstructed shoulder with any of the big luxury brands.

Mike Amiri dreams big, and always has done. For this collection, he wanted to channel his own ’90s skater youth, and “that age when you felt that anything was possible.” That’s one reason why he picked Pegasus, the mythical winged horse, for the jacket. “It represents the impossible,” he said.

While he may be a dreamer, Amiri also knows how to execute. He describes his Los Angeles headquarters as “half atelier, half artist workshop,” and draws much inspiration from the archive of classic Americana that he keeps next door. He describes the old clothing and memorabilia as “shaped by the hands of time.”

This beautiful spring outing marked Amiri’s return to Paris, and its first runway show here. It unfurled under the white hot sun of the Jardin des Plantes, the main botanical garden in France, where guests included Russell Westbrook and Greg Lauren, who both said they were proud to support their fellow American designer and friend.

“Each year Mike’s shows are getting better and better,” said Westbrook, who’s been doing double time in Paris, showing and selling his own brand Honor the Gift. “For me, the creative side is the best,” he said.

Amiri showed off some great American sportswear with a European sensibility. (In 2019, he banked a minority investment from Renzo Rosso’s OTB.) Suits were featherlight, and jackets so soft and deconstructed they could be tucked straight into the waistbands of trousers.

The trousers themselves were convertible, with buttons running up the side that could be undone “to fit over sneakers,” Amiri said.

Lightweight wool pinstripe suits had a subtle, streaky, sun-bleached effect, which the designer said the team worked on for months to get the markings just right.

The Amiri artisans also strutted their stuff, layering crinkled chiffon multiple times to create a 3D effect on Pegasus’ wings, which fluttered ever so slightly as models moved down the vast runway.

The artisans also pulled seven different varsity jackets from Amiri’s archive to piece together a new design, and perforated leather to the point where it resembled nylon mesh on a shirt. They tie-dyed gossamer sweaters, embedding the Amiri logo to the point where it could barely be seen. Everyone at Amiri is dreaming big.