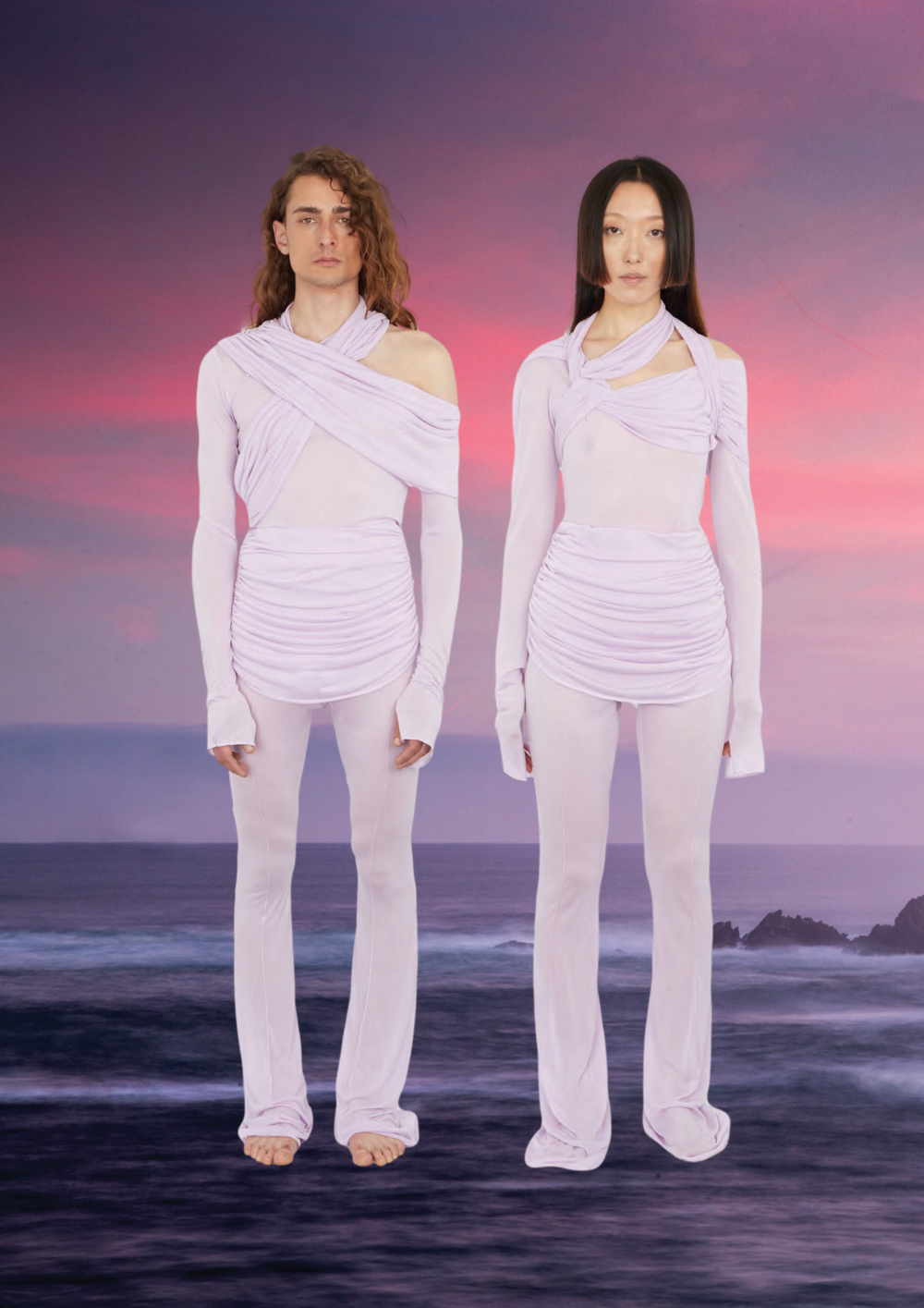 The starting point for Arturo Obegero’s spring collection was the news that a gold mine could be opening near his coastal hometown in Northern Spain, an unwelcome development expected to bring destructive change to the fragile maritime area.

In the face of this possible disappearance of an entire way of life, the Paris-based designer felt a “love letter to its colors, its landscapes, its mythology” was needed to “show its endangered beauty in the most sensual and seductive way possible,” he explained at a preview.

Presented in an old Parisian building whose distressed walls gave a grotto-like feel, Obegero’s silhouettes settled into four archetypes: sirens clad in near-sheer draped separates; sailors and their tailored looks; the literal gold-diggers with their more tailoring juxtaposed with colors from the landscape of Asturias, and the forces of nature, wrapped in flurries of textile evoking seafoam.

Lighter textures and a vivid palette that saw blues, yellows and lilac supplement the designer’s usual black, white and sparse jewel tones made for an impression of brittle joy. Silver jewelry set with sea glass instead of precious stones, strands of pearls and embroideries dripping with rhinestones heightened the narrative of a world that could evaporate at any moment.

In reining back the dramatic tailoring that put him on the radar — and in Harry Style’s music videos — Obegero charted a course toward more commercial waters. Paired with the gender-fluid mien it gave his work, this is a siren song he needs to follow, for now.