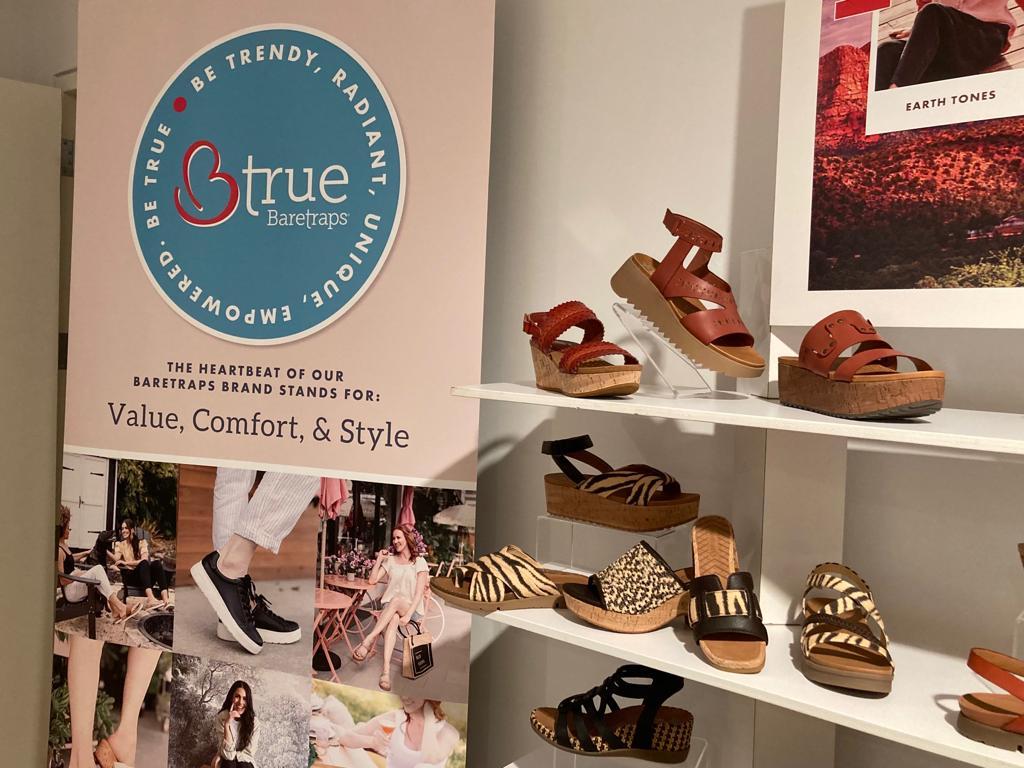 The Fashion Footwear Association of New York’s (FFANY) market week was bustling with brands and retailers this week in the Big Apple. As part of the event, some brands exhibited at the Footwear Show New York Expo (FSNYE) at the Park Lane Hotel, while others set up shop at a FFANY pop-up on Fifth Avenue or hosted buyers in their showrooms.

In addition to taking last-minute fall orders, brands were busy showcasing their wares for the upcoming spring ’23 season. While most reported a sense of excitement at the opportunity to meet with buyers in-person again after several seasons of virtual connections, looming market concerns remain. Current industry-wide challenges such as supply chain slowdowns and record-high inflation continue to impact business.

Here’s what some brand representatives and executives from the market event had to say about their product lineup for 2023 and how they powering through current challenges to meet demand in stores.

Most of the production for Frye, an American footwear maker licensed by Footwear Unlimited, takes place in the U.S. and Mexico. This setup, Tastad said, has largely protected the company from the global supply chain problems that have hit brands reliant on China or Vietnam for production.

“We have the luxury of a four- or five-day transit time versus the 90 days or 120 days from China,” the executive said at the FFANY pop-up event. “So that’s been a nice reprieve for sure.”

Tasted noted that production in Mexico “is a little bit more intricate and involved” and comes with its own challenges, though this trade-off has largely protected the brand from widespread logistics problems.

When it comes to inflation, Frye has been almost untouched by major price increases across the footwear industry. In fact, the brand even lowered the price on its core Melissa Boot, from $348 to $298, which was partly a result of Footwear Unlimited taking over Frye’s footwear license less than a year ago.

“We looked at how we could be best efficient without taking material out of the product and making that same level of quality,” Tasted said. “[We were] able to do that just by our internal structure and being with Footwear Unlimited.”

Despite current headwinds, Tastad noted that the brand’s major retail partners are still expressing a positive attitude when it comes to buying product.

“There’s still that optimism and they’re excited about new product and quality and bringing something special to the customers,” he said.

Baretraps, also in Footwear Unlimited’s portfolio of brands, has most of its production based in China and Vietnam — two regions that faced perhaps the most impact from COVID-19 restrictions, including factory shutdowns and lockdowns.

While this set-up presented challenges for the boot and sandal brand, Johnson said at the FFANY pop-up event that the organization has adapted to meet demand.

“We’ve found a way to make it work. We’ve partnered with good people. We understand what’s happening in the process and we’re trying to build it into our timelines,” Johnson said, adding that the brand’s order due dates have moved earlier than usual to accommodate for delays.

Due to widespread inflation, prices on Baretraps shoes are going up about $5, Johnson said. (In the last year, footwear prices have soared at record-high rates, growing at a faster pace than usual.) The company decided to raise prices in order to keep the quality of the product intact, as opposed to opting for a shoe that offers less at a lower price point.

“What we have definitely chosen to do is to maintain the integrity of our product and bring the newness and the fun,” Johnson said. “But it does take us up a few dollars versus choosing the option to strip down the shoes and hit the price point where you risk them not selling to our end customer.”

Like other major footwear brands, Toms has also dealt with product delays from global supply chain challenges, with sandals managing a lot of the delays.

At the FFANY pop-up event, Yeak said Toms is optimistic about a strong back-to-school season this year, given certain proactive measures the brand has taken to ensure product is available, such as ordering certain products — like boots — in advance to ensure they arrive earlier for retailers than usual.

“We took a really good position and we’re bringing in a lot of boots and hopefully they’ll do really well,” Yeak said.

Over at the FSNYE show at the Park Lane Hotel, a representative at French Sole — which produces a collaboration with Nicki Hilton — told FN that shipping delays have been very minor this season due to most of its production coming from Europe.

In terms of production schedule, however, the brand is encouraging its customers to allow for a traditional three-month delivery term as its factory can no longer accommodate quick turnarounds.

And when it comes to inflation, the representative said that a slight increase of a couple of dollars may come next season, but nothing has been decided yet.