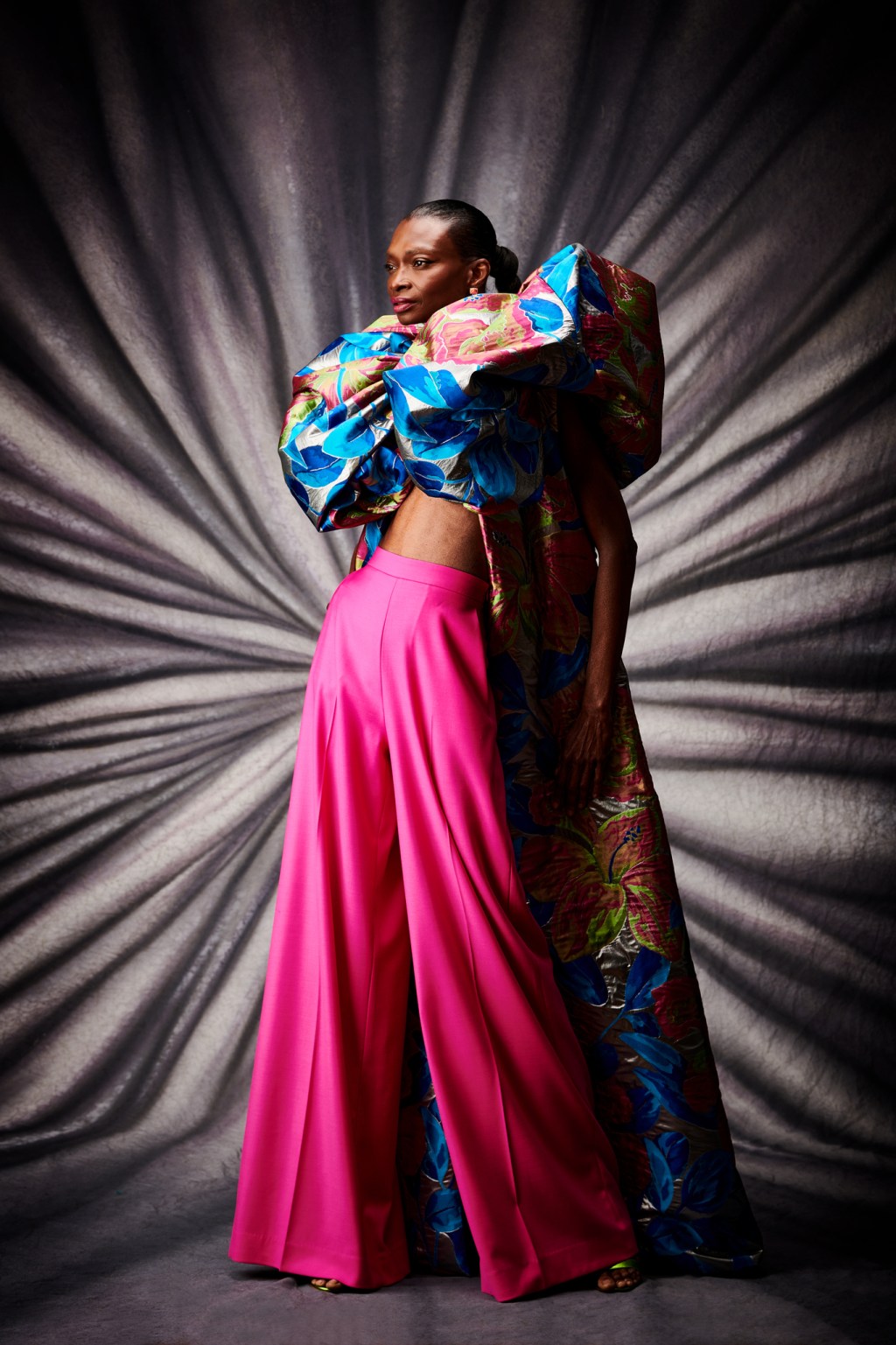 “I guess I haven’t done resort in two years. We did our big shows, bridal and pre-fall but resort is back in action — because people now have things to go to,” Christian Siriano said during his resort collection preview in his SoHo New York office space.

In lieu of a seasonal narrative, Siriano’s collection started from a singular ’60’s floral tapestry that hung in his mother’s home while he was growing up. Additionally, the designer and his team have been busier than ever churning out occasionwear for customers recently, so for resort, he whipped up a cocktail and party-minded collection that was equally bright and playful, with moments of nostalgia.

“We took the tapestry’s colors and ran with it — we had it digitally blown up and made into this beautiful silk brocade — this actually jumped off the whole collection,” he said of tailored sets and voluminous styles that boasted the brocade, as well as monochromatic fuchsia, cobalt and lime cocktail and occasion attire. “I wanted it to feel a little bit retro but also playful — which I think is how people are dressing now. People are wearing vintage all the time.”

Alongside his signature, dramatic ensembles, the designer peppered in fluid knit gowns (a sensual off-the-shoulder column gown) in eco-friendly Tencel modal, which served as an extension of his upcoming capsule collaboration with Malibu, Calif.-based sustainable essentials label Bleusalt.

“My whole point was that I hadn’t done something really eco-focused, and the garments are sustainable with non-bleach and vegetable dye. The whole idea was I’m taking what I do, which is more evening, but in a comfortable way. You’re getting an evening piece, but you could wear it every night; you’re comfy, but you’re dressed,” he said of the capsule’s black, cream and fuchsia dresses and separates in Bleusalt’s signature Tencel modal fabrication, like a ruched skirt that could be worn at different lengths, a fluid cocktail dress or versatile tops. The Christian Siriano x Bleusalt collection is set to launch on July 7 exclusively on Bleusalt’s e-commerce, with pieces priced from $150 to $300.

Further speaking to sustainability, Siriano noted that over the last two years, his business model has pivoted.

“We changed our whole business model, we’re not really doing any mass production, necessarily. Everything is cut to order — we’ll do a size run, and if it gets sold we’ll do another, but we don’t overproduce it, which I think was such a big, weird thing that was happening. There was so much product, and I felt the customer was overwhelmed and couldn’t focus. I think that’s been working well for us,” he said. “We switched over in the last two years and been more of a focus in the last year. Even online, we took the model where we release a collection right away and offer pre-sale.”