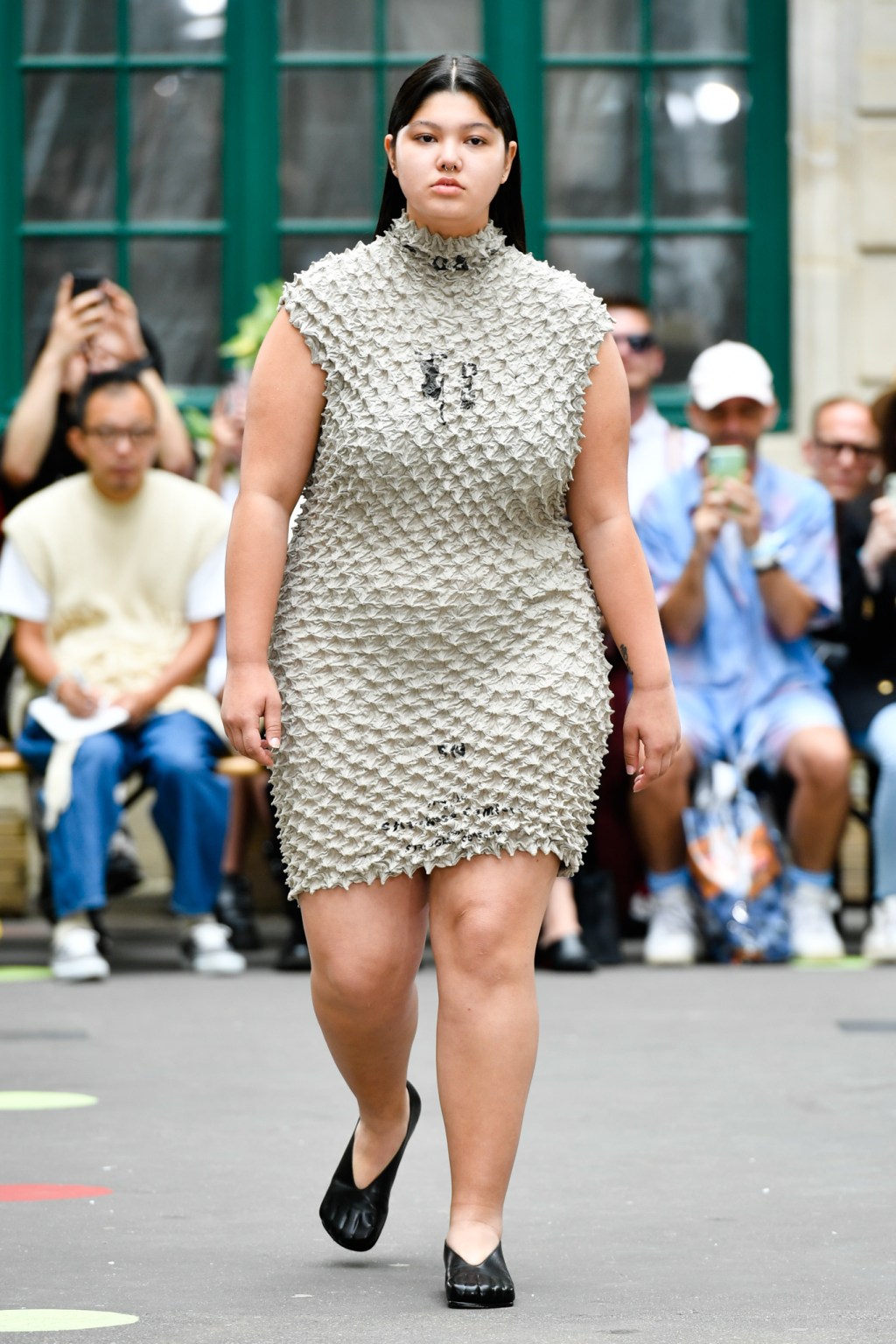 Masayuki Ino staged Doublet’s spring show in the courtyard of a Parisian high school, depicting a hot summer day replete with families having a picnic or taking a stroll, youths busying themselves around a barbecue or playing badminton. As the bell for recess rang, they froze, snow started to fall and odd characters made their entrance.

There were, as always, plenty of terrific details and tongue-in-cheek pieces, inspired by the invisible man trope. Unlike the unhinged versions derived from H.G. Wells’ novel, these unseen guests seemed to only want to go about their business, ending up in all sorts of predicaments as their invisibility acted up.

Ino ensured double takes for even the most innocuous detail like, say, distressed denim. It turned out to be a print, right down to the skin under the holes. Same with the heavy rumpling on another denim set, or the fraying on a hoodie paired with likewise extra-worn jogger pants (think Kevin Bacon in the 2000 sci-fi flick “Hollow Man”).

Extra-tall silhouettes walked by, dressed in mundane outfits like a trenchcoat and slacks or a fire-engine red tracksuit, but without a head. Another pair strolled by in a cropped gray trenchcoat, expecting to get away with just that. It might have worked if not for the extra long fringes that revealed glimpses of their underpant-clad lower bodies.

But with the numerous extras, the occasional barbecue references and the heavily falling snow that got everywhere (even behind glasses and masks), it was a little harder than usual to follow where Ino’s narrative was going.