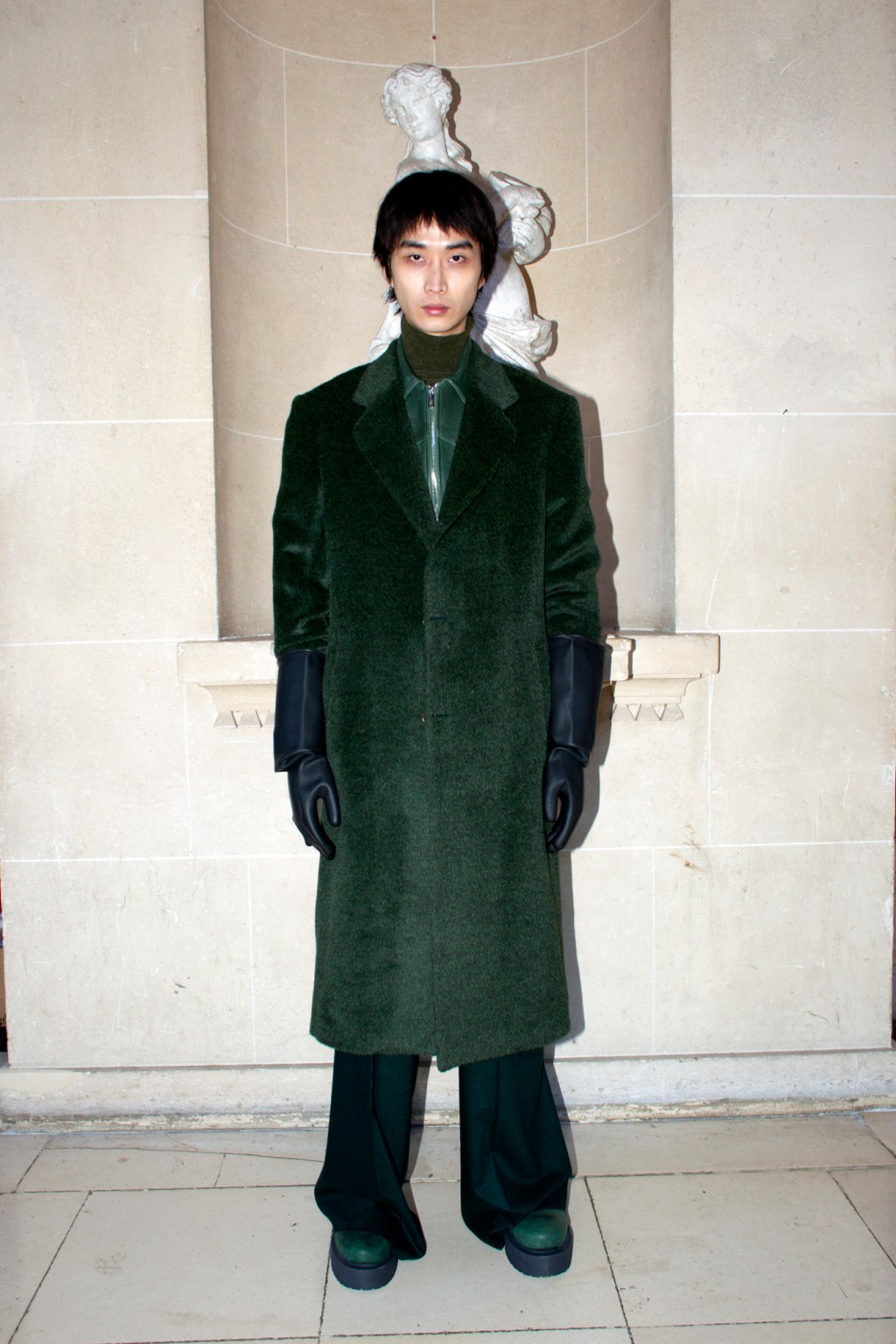 Dieter Roth, Mike Kelley and William Burroughs. A Swiss insane asylum in the 1920s, the first season of “The Sopranos,” old issues of Italian art zine Frigidaire and downmarket late ’80s Berkeley bands crossed with Kraftwerk. Listening to Enfants Riches Déprimés designer Henri Levy list the encyclopedia of art, subcultures and found objects bopping around in his brain it all sounds a bit, well, chaotic.

Despite the disparate references, Levy manages to distill it down into something strangely sedate with just a touch of the subversive he became known for. Having launched as a T-shirt line a decade ago, the L.A.-based designer has grown into a more refined maturity with knit polo shirts, chunky Maine fisherman’s sweaters and elegant alpaca overcoats. He takes great care not to use black as a crutch, instead exploring chocolate brown, forest green and deep aubergine.

The printed Ts and sweatshirts are still there, and this season he experimented with new treatments and texture to add an analog element. Pleated skirts with chain detailing or tonal embroidery done by hand were womenswear standouts in the unisex collection.

Levy likes to keep it tactile, and chafes against digital culture. Does that mean he won’t be going into NFTs like so many designers this season? “Definitely not. I’m interested in making real things for the world that I live in.”

To that end, his Paris Fashion Week presentation was accompanied by a live performance of Brooklyn post-punk band DIIV with Levy on bass.