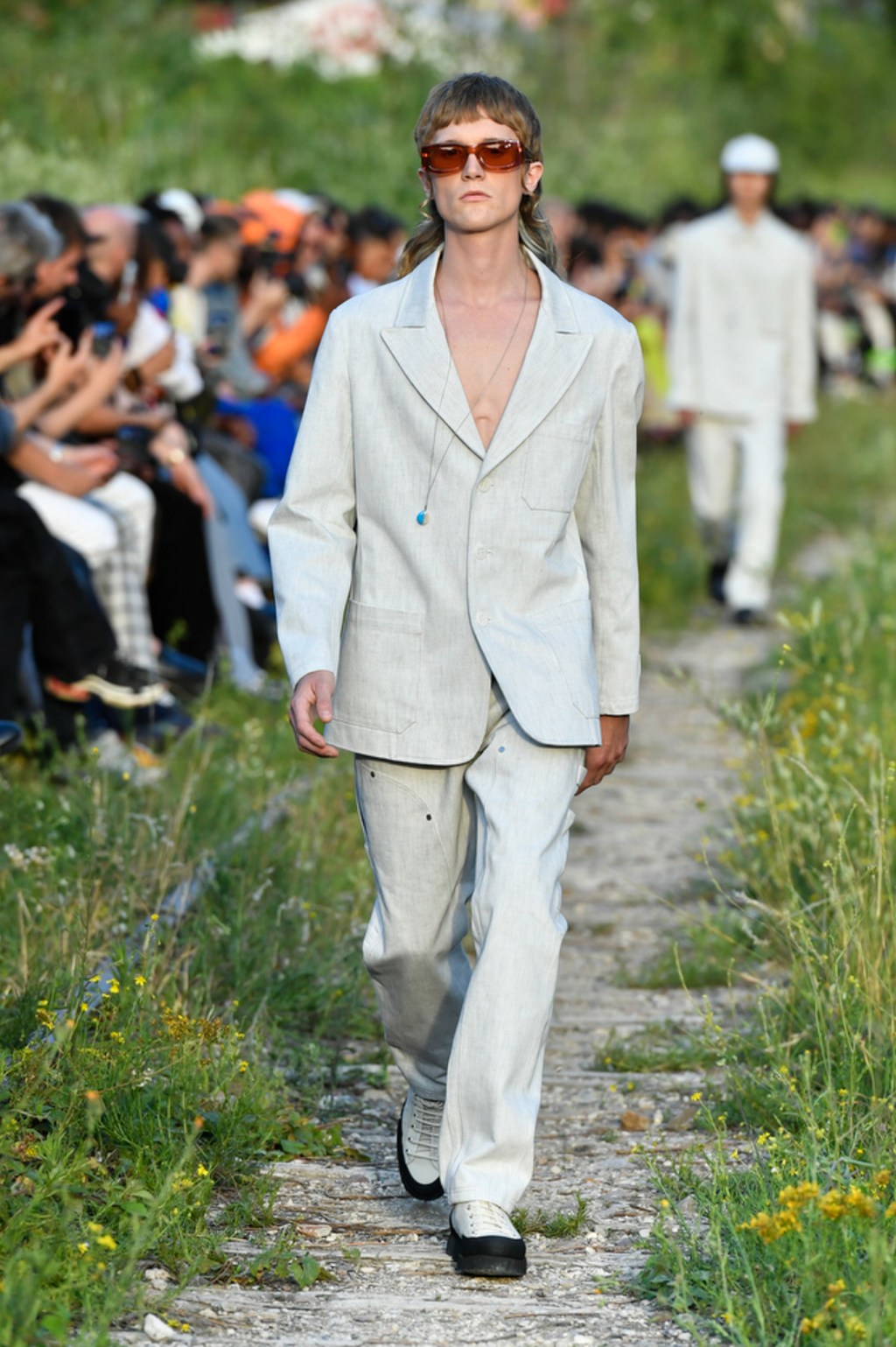 The design trio of Études unveiled a new philosophy: they will dress people starting from places. Aurélien Arbet, Jeremie Egry and Jose Lamali, who had a history of taking inspiration and references from their youth in the ‘90s, will build their collections from the ground up, starting with a specific location.

For the first outing of this approach, they took the crowd to the edge of Paris and turned an abandoned railway into a runway. The show, held on the Petite Ceinture, or the “little belt” that wraps around the city, brought a post-industrial, utilitarian aesthetic to the collection that the trio interpreted with a deft touch. Thin, double-wrapped belts were a clever nod to the name of the park.

Carpenter pants, boiler suits, work jackets and aprons in denim and cotton canvas were oversized, but the trio has honed their tailoring to such a tee that nothing felt overpowering.

Guests took their seats as the sun set, all golden-hour glow as models stomped across the tracks, in some places knee-high in delicate flowers. The colors played off the location with sage green ponchos matching the plants, and rust coats and suits against the brick buildings. It blurred the boundaries between nature and future.

The final looks were part of a collaboration with French painter Jean-Baptiste Bernadet, who brought some of his impressionist work to the textiles for an ethereal exploration of suits with raw edges. The show closed with rainbow brights that brought a burst of exuberance that made the brand feel more confident than ever.