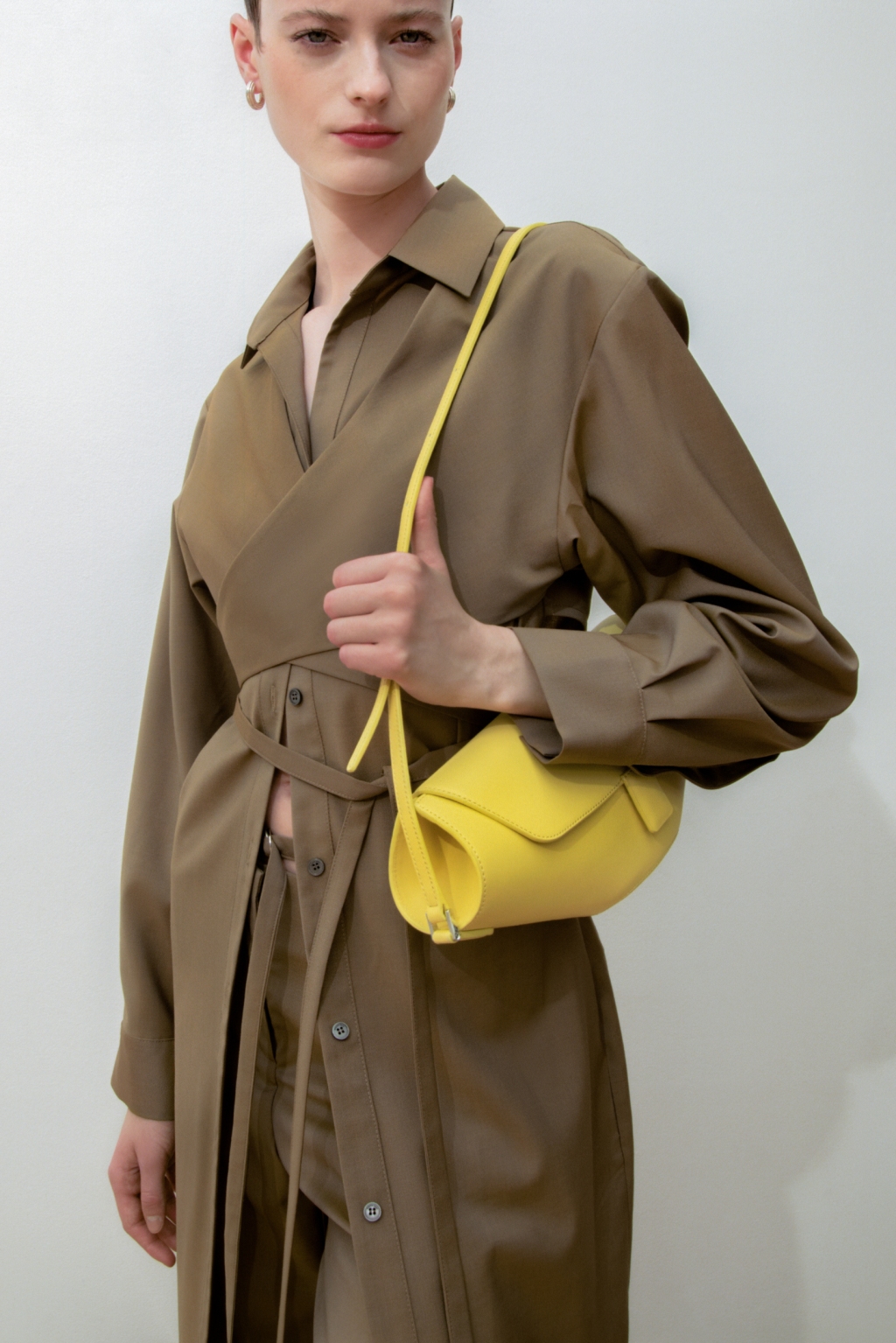 Eudon Choi continued to fine tune his multi-purpose way of dressing with a dash of swimwear influence from the ’30s for his resort 2023 collection.

Choi said Lartigue and Perle’s relationship was “the ultimate love story,” as Perle vanished completely after spending a two-year holiday in the South of France. Her whereabouts weren’t known until she passed away in 1977. It turned out she never lived far from the spot she vacationed with Lartigue.

“It was a weird time when I was developing the collection. The war had just broken out, and love was the only thing that spoke to me,” Choi said during a preview. “Also, I feel like I had to move on after being stuck in the pandemic. With the kind of professional women we cater to, their behaviors and lifestyle have changed. So I want to show a lot of color and skin.”

There are cute shirts, knits, and dresses with removable collars and sleeves, which offer versatility for his customers across all age groups. It can be worn by the beach during a holiday, or at a brunch while sipping mimosas. The trousers this season come with long straps that can be used as a belt or a styling tool to accentuate the waistline.

He also amped up his offerings on occasion dresses. A standout is the slip dress with a mega scrunchie strap going around the shoulder. It would be a great choice for those who want to make a great impression on the first date.