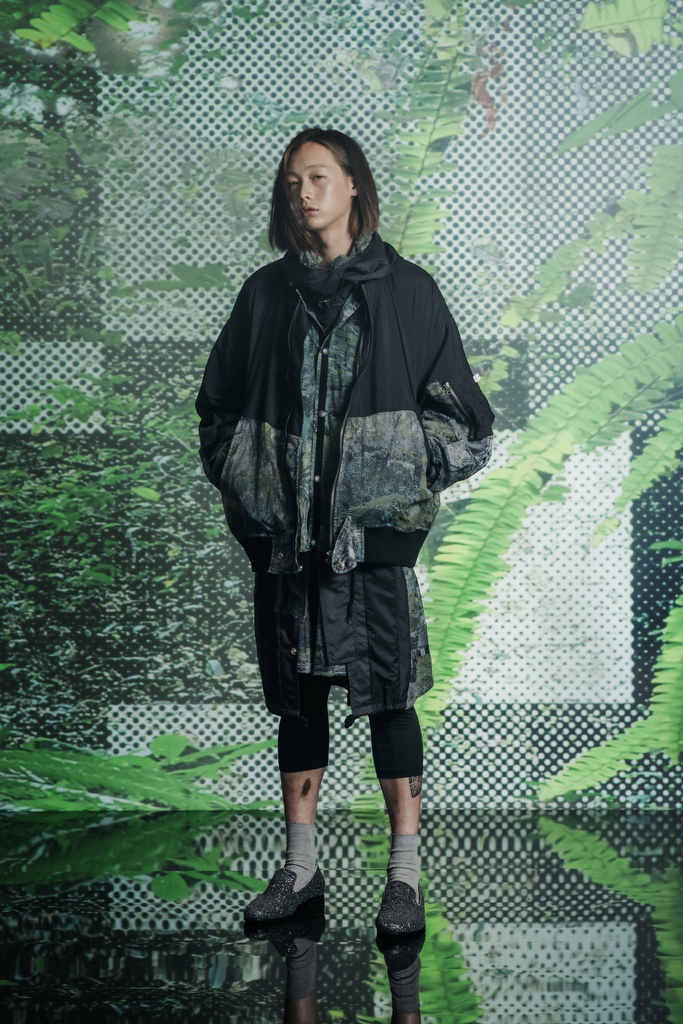 Hiromichi Ochiai’s Facetasm collection made it to Paris for a real-life presentation for the first time since the beginning of the pandemic, unlike the designer himself, who was obliged to remain in Japan.

The largely unisex lineup was more focused than in past seasons, with a clearer concept. Layering, as ever, was a key theme, as on jackets with laser-cut holes designed to let the garments below show through. Versatile shirting featured zips, allowing different pieces to be combined in mix-and-match fashion.

Called “Leave Now,” much of the collection was crafted in packable forms — they could be transformed into a small pouch a little like a raincoat. All of the specific women’s designs fitted into this segment, including a black organza cape dress that was an elegant take on pack-and-wear. For men, such looks were offered in patchworks of outdoorsy ripstop fabric.

Ochiai built on the aesthetic of his fall offering, which he had shot in the Okinawa rainforest, informing some of the prints including a pixelated green motif splashed across a sporty ensemble for him and a streetwise yet floaty dress for her. These were contrasted with allover logo ensembles with motifs designed by Japanese vocalist and visual artist Yamantaka Eye that also featured on quirky rabbit-ear headbands that punctuated several looks.