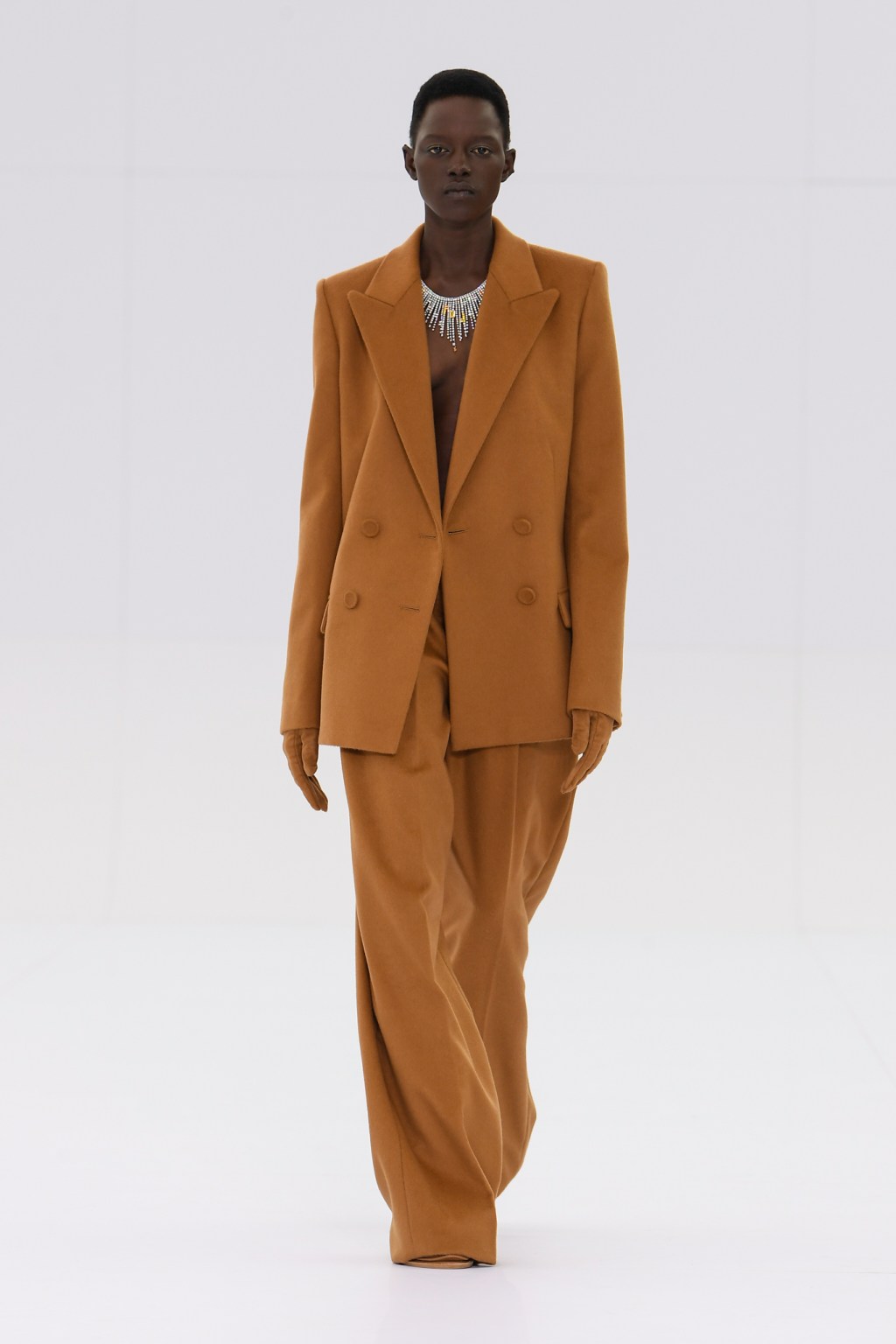 Kim Jones, a rabid book collector who often bases collections on his literary heroes, chose to write his own narrative for the latest Fendi couture.

“A tale of three cities — Kyoto, Rome and Paris — and a conversation between them,” he said during a preview, mentioning, for example, the French mania for all things Japanese that took hold in the ’20s.

A consummate globetrotter with a deep affection for Japan, Jones hopped a plane to Kyoto the minute borders opened, and he reconnected with a storied maker of kimono silk and obis that he had conscripted several times over the years for men’s collections at Louis Vuitton and Dior. He handed them fragments of kimono fabric from the 1700s and asked if they could be reproduced.

Owing to the narrow looms and the painstaking hand-printing techniques of this supplier, Jones chose to patchwork these lovely, autumnal prints into sinuous gowns, and also interpret the botanical motifs via intricate embroideries, fur intarsias or abstract versions expressed via rolled sequins, or pale feathers caught on silk tulle infantas.

If all that sounds a bit quaint and historic, the collection was resolutely modern, Jones’ sleekest and sexiest proposition for Fendi so far. The designer blocked out the grandeur of the Palais Brongniart with a blinding white set that shuddered from the booming techno soundtrack. The strong light heightened the intensity of the colors — brilliant yellows and mint greens — and the transparency of his delicate mesh tube dresses scintillating with crystals.

He opened the show with a slouchy, mannish pantsuit in vicuna, another luxurious material he employed for his menswear designs, setting it off with a cascading necklace composed of more than 1,000 white and fancy yellow diamonds — Fendi’s first foray into high jewelry designed by Delfina Delettrez Fendi.

Terrific daywear options included sleeveless tops, molded bustiers and loose trousers in fine calf leather, and a trio of knit turtleneck dresses sashed at the waist for “all the girls I know that jet around and have to go from event to event,” Jones said.

It’s been a shimmery and glamorous couture season, with lots of dense and sparkly embroideries, and Jones held his own, reprising some “shattered-mirror” dresses Karl Lagerfeld did for Fendi in 2000, and paving lean, minimalist dresses with gleaming beads and embroideries.

Jones had models reading books at his Fendi couture debut for spring 2021. Here, they looked ready to party.