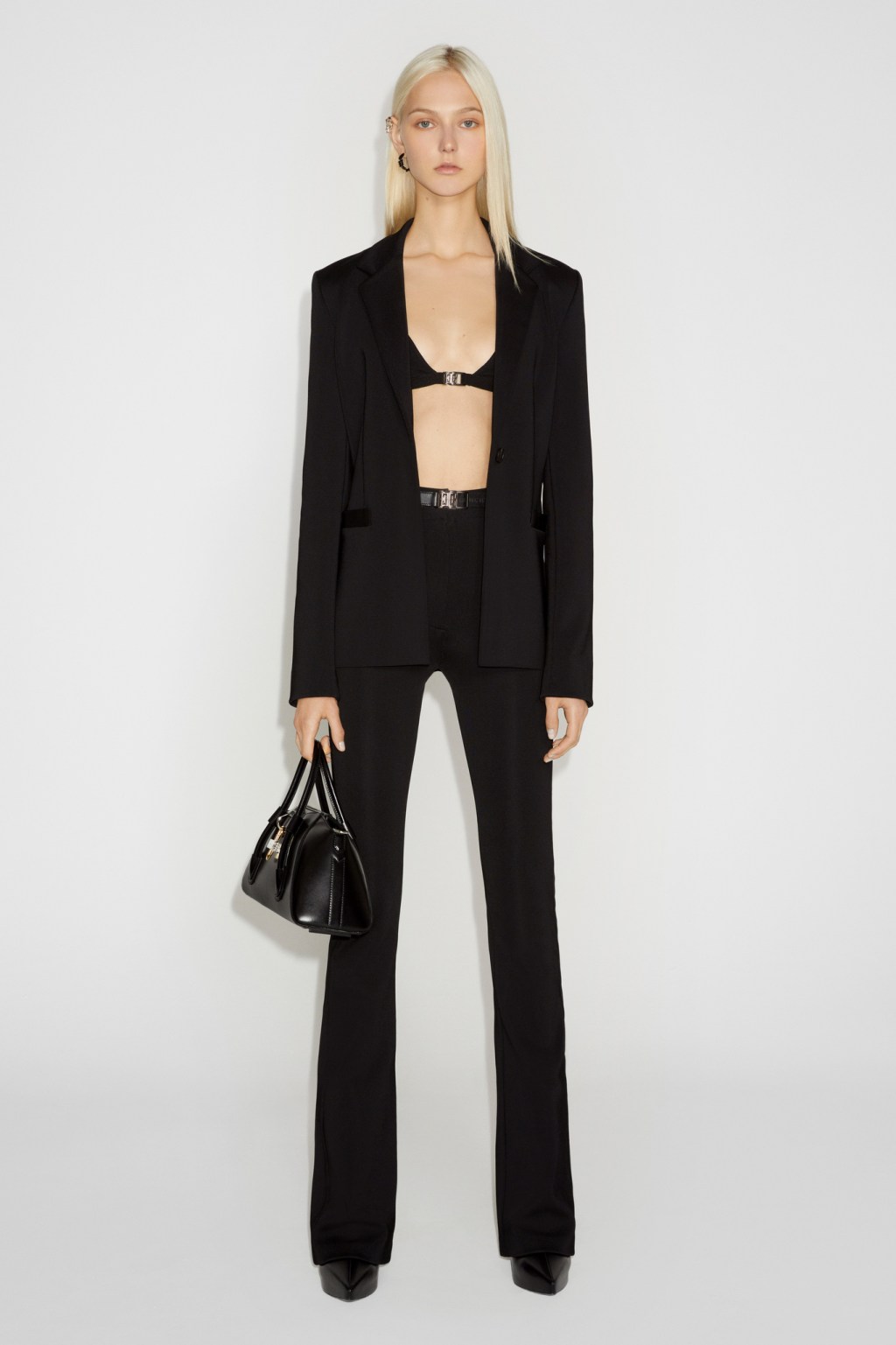 You can’t blame Matthew Williams for being a bit stir crazy. For most of his tenure at Givenchy, he has unveiled collections at the brand’s showroom on Avenue Montaigne.

Spectacular salons though they are, culminating with a view of the Eiffel Tower poking out above the canopy of plane trees level with the third-floor terrace, nothing beats the adrenaline of a runway.

While he managed two physical shows during the pandemic, he’s relishing his first dedicated men’s display later this month, and the chance to better articulate his vision for each gender.

Displaying his sleek pre-spring collection for women on rails heightened the feeling of a wardrobe of tough chic, more womanly than usual. Consider the nipped waists of the stiff Perfecto jacket and the soft tailored day coat; the high neck on a ladylike blouse in an ocelot print, or the elegant cling and release of flared trousers in a meaty punto Milano knit fabric that is a mainstay at the house.

Dressed in a faded black T-shirt and pants, Williams mentions Hubert, as in Hubert de Givenchy, with the same informality as he refers to Kendall Jenner, his date at the 2021 Met Ball, as Kenny. For this effort, he said he mostly referenced house icons from the late 1950s and early 1960s, and a bit of draping from the 1980s.

The young American designer dips frequently into the archives in search of archetypes. It was the source of the ocelot print, and a one-shoulder crêpe de chine gown from the 1967 summer haute couture collection, here with a chain-like shoulder strap with outsize jewels clenched in 4G-logo prongs. All the hardware is pure Williams, from the padlock closures on razor-sharp jackets to the “crushed” silver sequins giving a molten-metal aspect to a draped minidress or a languid black gown.

Williams is upfront that the menswear collection for pre-spring stemmed not from Hubert, but from himself. “When I’m designing men’s, it’s really things I would wear, how I dress. It’s very personal,” he mused.

A wardrobe approach for men also prevailed, spanning from slightly oversize suitings and overcoats to denim cargo pants and nylon tracksuits. Like the womenswear, everything felt more restrained and pared-back than usual, except for the raucous motorcycle jackets plastered with patches and 4G logos in relief.

Perhaps a wink to that runway adrenaline?