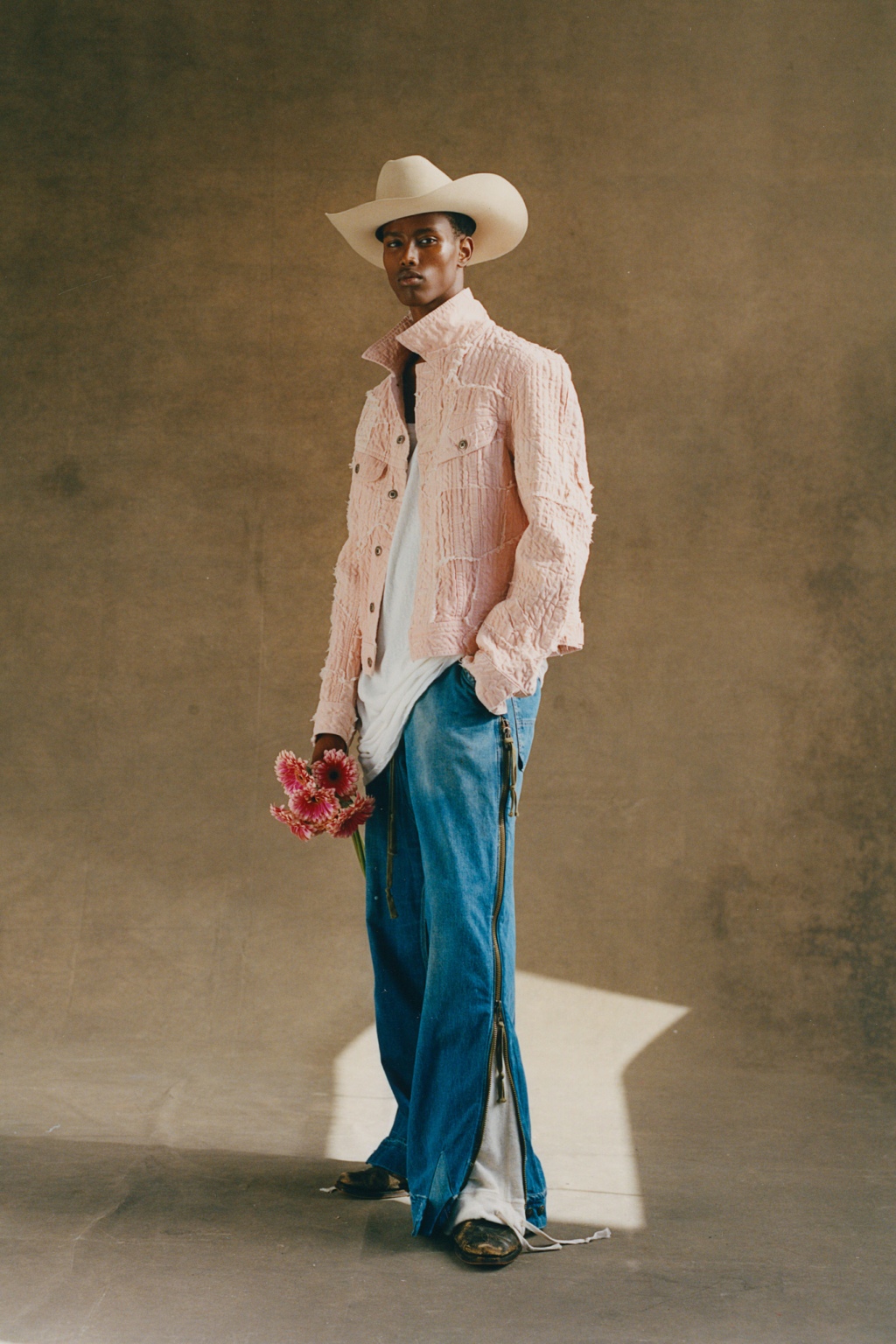 Joyous to be back after two years of virtual appointments, Greg Lauren brought his dressed-up take on upcycling to Paris this season. “It’s almost brewing in the collection, this wanting to reconnect,” he said by way of preamble.

He built his “Reconstruct” lineup around what he described as “archetypes.” These ran from the wardrobe items he has made a business out of pulling apart and putting back together — “I never get tired of trying to reinvent the simple, familiar piece,” he said — to figures like the cowboy: part collective myth, part earthy reality, informing, for one, the wider-legged silhouettes of the season.

Lauren expanded his luxurious bohemian wardrobe, notably adding a selection of looks tailored especially for women, cut closer to the body and intended to be mixed and matched with elements from the core lineup.

Another introduction was an indigo denim selection crafted from a hemp/cotton blend grown in the U.S. and intended to offer options for a broader audience. “Not everyone wants the vintage aesthetic,” Lauren said.

Mirroring the collection as a whole, his relaxed yet sharp approach to tailoring was visible in all of these. He continued to accentuate his use of the brand’s own fabric scraps into new pieces, as on a patchwork plaid shirt jacket that has become one of the house’s bestsellers, and in his ongoing collaboration with the quilter’s of Gee’s Bend, Ala.