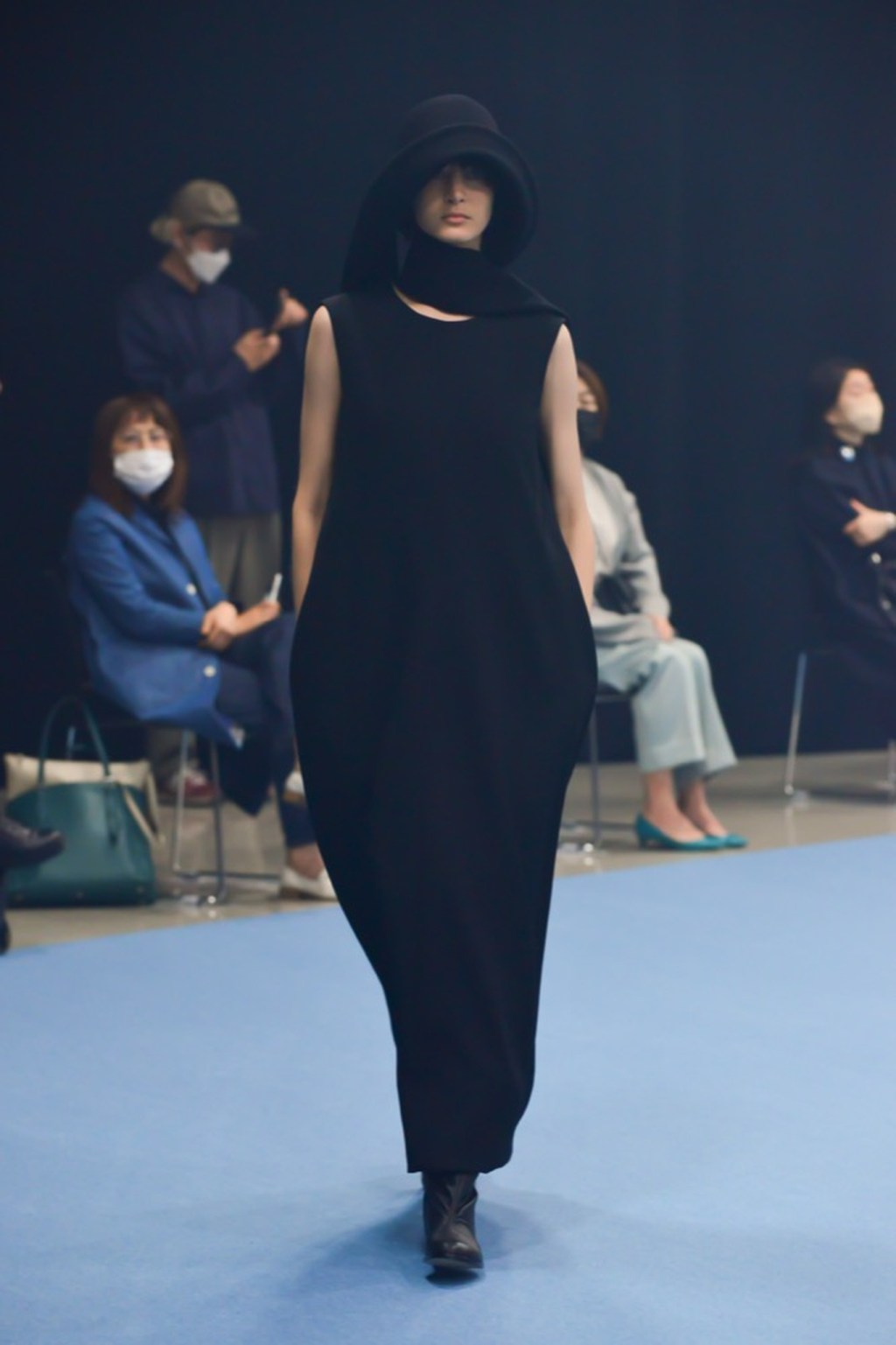 Before launching his brand in 2019, Harunobu Murata honed his skills at Jil Sander, and his inaugural show during Tokyo Fashion Week hinted at the German brand’s minimalist tendencies. Murata turned out a conservative collection of long dresses, loose trousers and oversize shirts in neutral tones of beige, black, brown and navy, with a few dusty periwinkle pieces mixed in for contrast.

Menswear influences came in the form of tuxedo shirts, workwear-influenced sets and relaxed pantsuits, while dresses were ankle-length and often ballooned out at the chest or hips. There were ponchos as well, including one striking, voluminous one with gathering on one side of the asymmetric hem and long fringe on the other. Murata accessorized with low, bonnet-like hats that looked like a chicer version of something from “The Handmaid’s Tale.”

Murata placed a heavy emphasis on draping, cutting and texture, employing plenty of sumptuous textiles from delicate lace to soft wool. He made his sleeves extra-long, and added arm holes to coats so that they could be worn like ponchos. While it lacked detail and sometimes skewed toward basic, it was a cohesive collection made from beautiful fabrics, and showed potential for Murata as a designer.