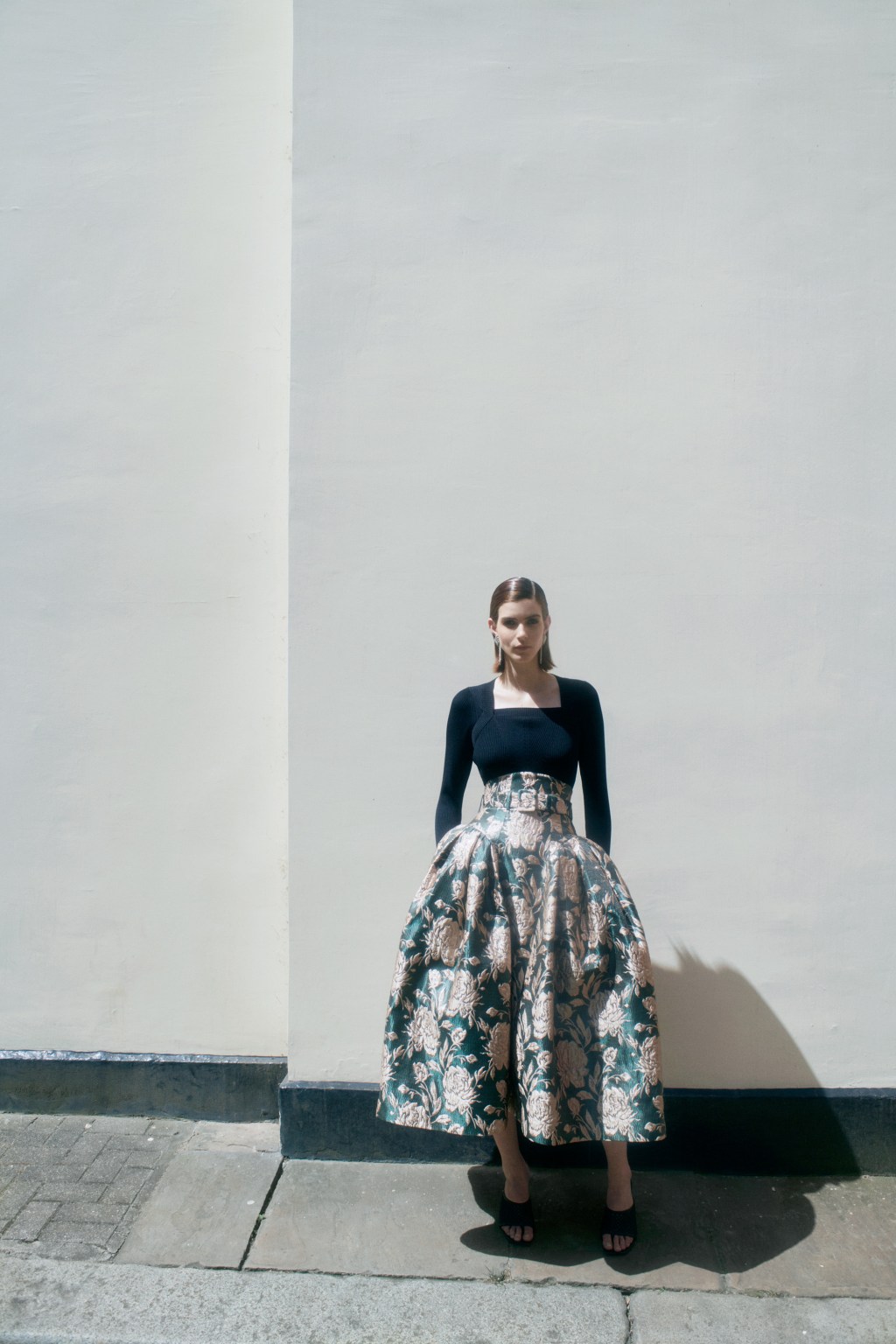 It’s the return of elegance, again. The trickle down of ubiquitous streetwear culture and TikTok fashion has fashion designers craving minimalism and classicism.

Huishan Zhang is declaring that elegance never left — in some parts that’s true. It’s a canvas cleanse — the embellishments are toned down, colors are softer and proportions nod to Christian Dior’s New Look, which was introduced 75 years ago.

Zhang is not alone: Lanvin’s Bruno Sialelli and Jenny Packham have also received the elegant memo.

The Chinese-born designer had a yearning for Europe while being locked down in China and the influence of the large Italian team he works with rubbed off on him. He started binging and brainstorming around the films of Italian silver screen stars Silvana Mangano and Anna Magnani.

“It’s about a really strong woman that stripped off all the excess and to really focus on the code of the woman,” Zhang said from his Qingdao atelier.

His designs are less rigid and more freeing than past seasons even when the models are wearing pastel hued column dresses; tweed separates with cinched waists, and corsetry.  He’s even added in a silk MA-1 bomber jacket in “red brick”, a color that was custom made for the collection by Zhang’s longtime mill.

Despite selling “more black and white” pieces, he’s adamant that color remains the essence of the house and it’s always the way he wants to approach anything.

But that’s the mistake in his design strategy — twee does not always translate to high English tea and if he follows the elegant direction as he has in resort, he will be shuffling up to sit with London’s discreetly elegant designers, such as Emilia Wickstead and Erdem.