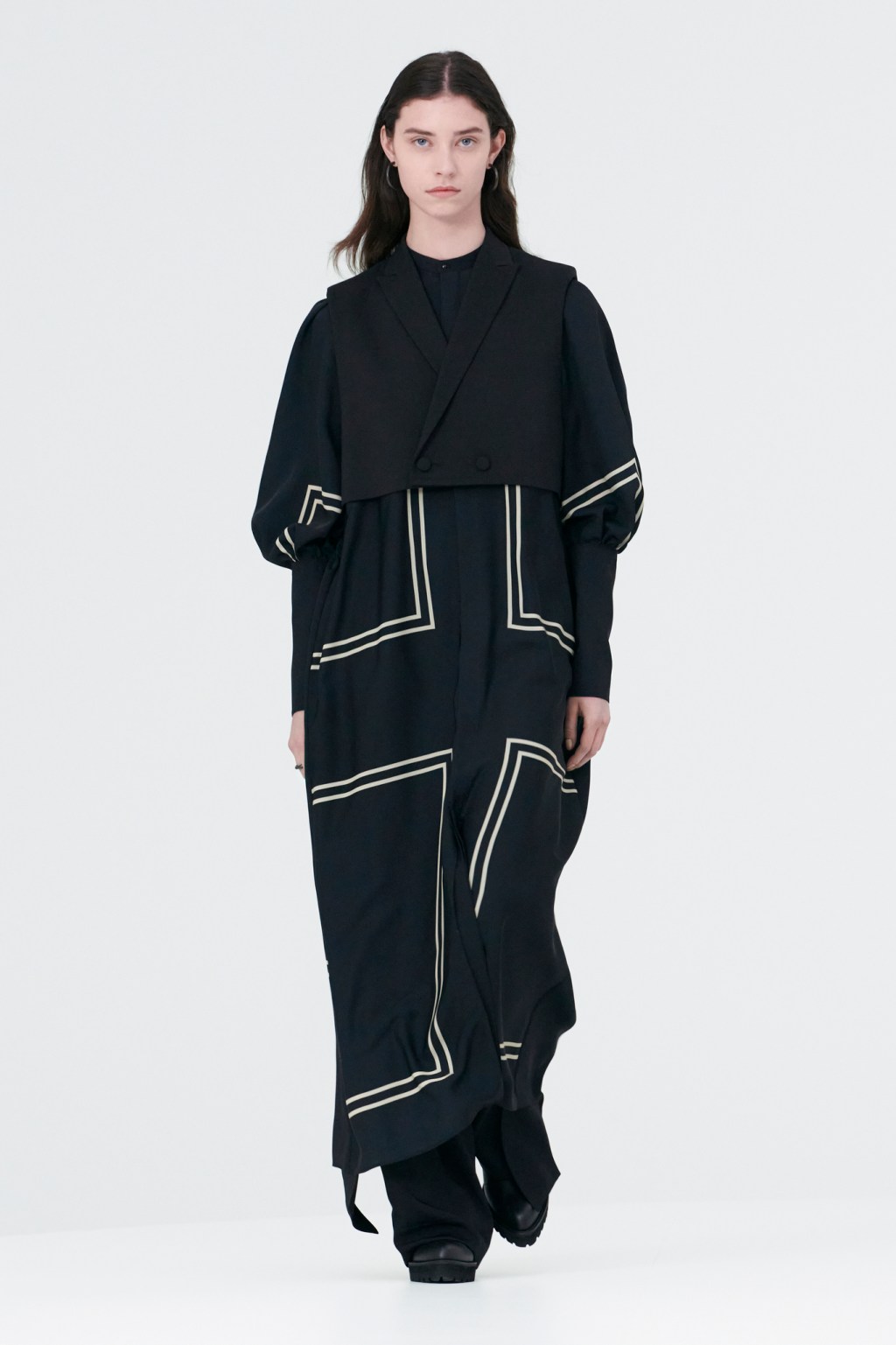 Hideyuki Yoshihara and Yukiko Ode have carefully honed their skills at mixing vintage and military influences with modern tech fabrics and feminine details, and their latest offering was no exception. With their models walking on a spinning platform that resembled a giant turntable, they opened their digital show with a series of dresses, skirts and blouses with geometric line prints inspired by the trim on sailor shirts. Collarless ivory wool jackets with toggle closures were inspired by military pea coats from the 1910s to 1920s, and Fearnought smocks from the 1950s.

The designers showed long, loose silhouettes, which they contrasted with jackets and vests in cropped lengths. A quilted jacket with wide, cropped sleeves was constructed like a singular tube, but took shape on the body. Chunky cable knits influenced by fisherman sweaters provided dense, warm texture that contrasted with the lighter textiles shown in the collection. Nearly all of the looks were turned out in neutrals of off-white, black, beige, olive drab and navy, which made the few coats, dresses and separates in a muted periwinkle inspired by traditional French workwear stand out.

Ode and Yoshihara employed several high-tech fabrics, such as a waterproof, breathable fabric called Entrant to create cropped or long raincoats with an outdoorsy feel, while Ultrasuede gave a soft, subtle structure to long skirts and dresses. Layers of navy tulle came together into a long, drawstring-waist skirt and the peplum on an Ultrasuede tank, adding a cool femininity to the more masculine inspirations.