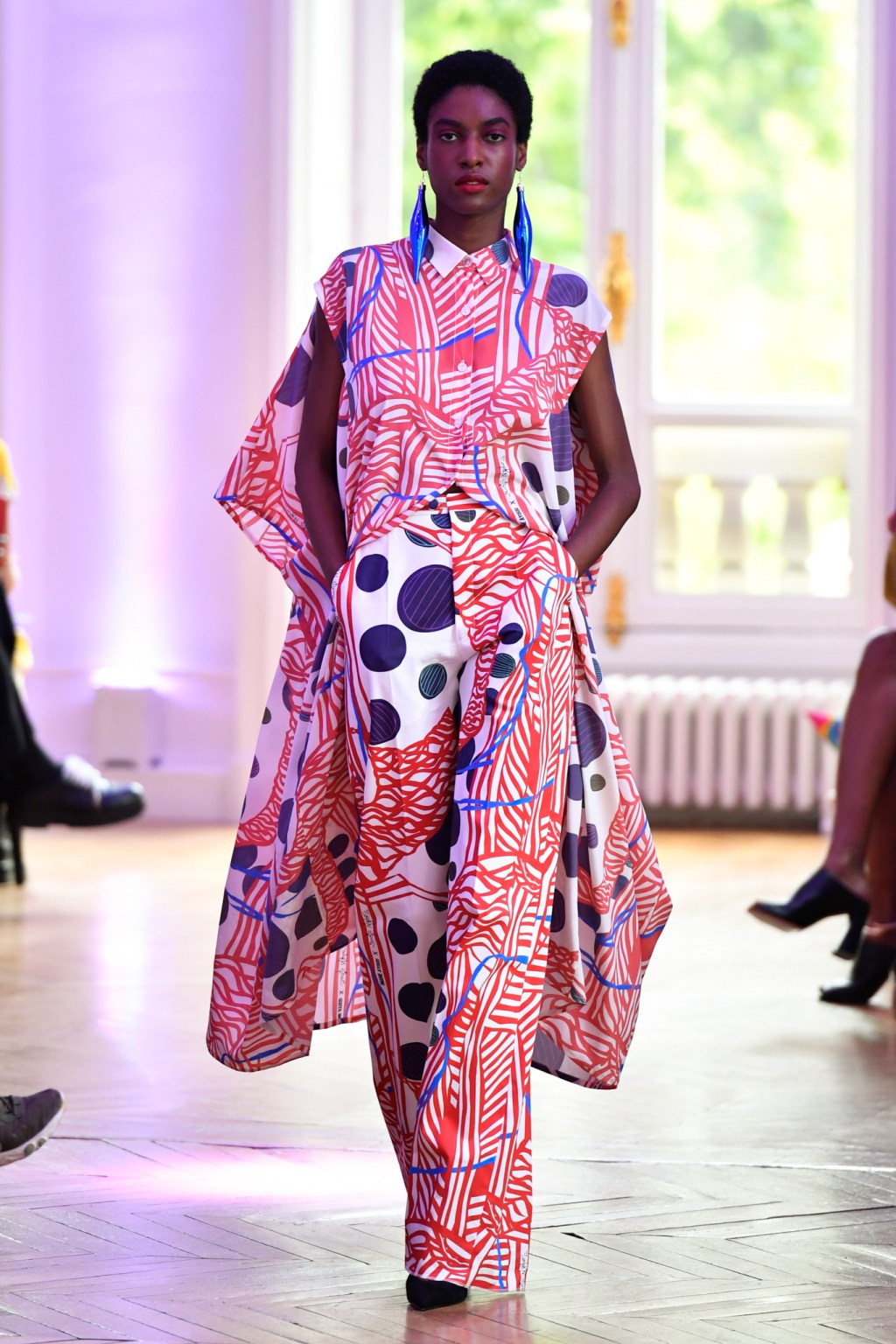 The importance of appearance in African cultures was the starting point for Imane Ayissi’s “Miyené” fall collection. In the designer’s native tongue, the Ewondo language of Cameroon, “it means to see and be seen,” the designer explained, encompassing fashion and the perception of a person’s character by society.

With artist Boris Nzebo — their names worked into the graphic printed textiles in the collection — Ayissi explored the role of hairstyles in traditional African societies, using it as the inspiration for techniques and textile treatments.

A graffiti-style face featured as a giant logo-like placement on the sides of a white maxi skirt, paired with a silk blouse with the motif in repeat. Rope details formed curled braids embroidered onto white minidresses, or were deployed as a full-length cape that sashayed over a black sequined sheath. For a more daytime look, sharply tailored pants were featured in a variety of hues and a belted chiffon blouse with strands of guipure-like miniature plaits.

Alongside these, familiar Ayissi silhouettes — figure-hugging dresses in tie-dye or a vivid animal print, majestic fringed pieces woven from raffia and a square-sleeved coat in graphic kente cloth — were a reminder of the designer’s own fashion personality.