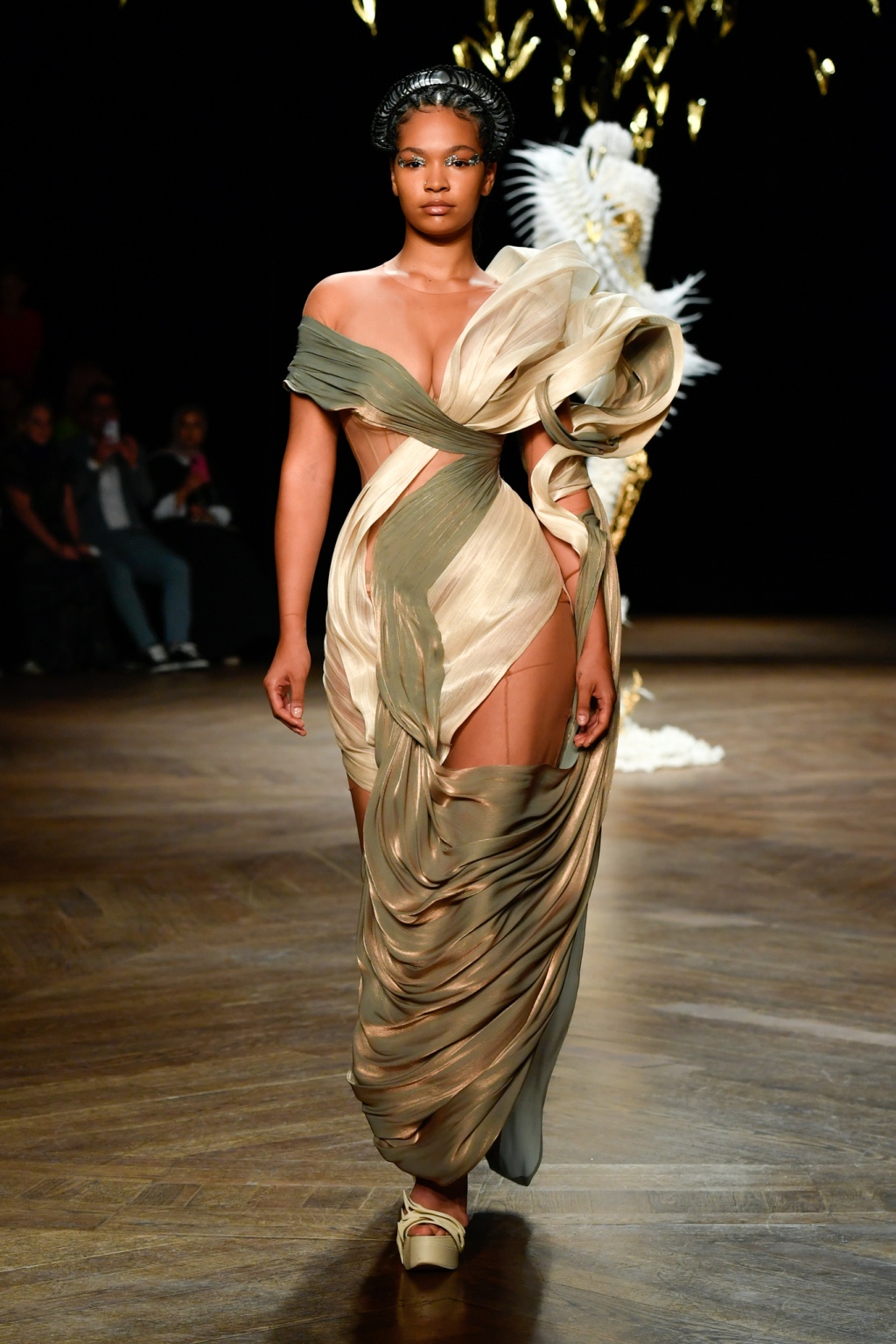 Iris van Herpen paints an idealized vision of fashion, where ethereal dresses seem to grow around limbs like ivy climbs a trellis. Her designs — suspended between organic and futuristic, and often defying gravity — have been metaverse-ready since forever.

Reality intervened Monday when illness among key Microsoft technicians scuttled plans for a mixed-reality runway experience that would have employed the tech giant’s HoloLens, a holographic device.

Still, there was plenty to appreciate with the naked eye at the wooden-floored ballroom of the Élysée Montmartre, where van Herpen staged her first physical couture show in years, marking her 15th anniversary. Under a ceiling strung with golden feathers that twitched and twirled, she paraded 16 dresses that spun a trio of mythological narratives meticulously detailed across three pages of show notes.

You could untangle these allegories, or just sit back and be dazzled by dresses that fell somewhere between insect wings and carnivorous plants. Some resembled snowflakes on steroids; others deep-sea creatures sprouting delicate tendrils. Many of them had a silvery sheen, adding to their alien allure.

Always pushing the boundaries with technology, fabric innovation and haute couture savoir-faire, van Herpen somehow married her 3D-printed bodices to biodegradable banana-leaf fabric or stiffened and pleated tulle that swirled off from shoulders and hips, like steam coiling from a lake.

While many of the dresses felt familiar, the surprise of her show was her regal Narcissus coat, the collar and shoulder line opening up like a flower. Faces looked out from the cream-colored stunner, etched in upcycled ribbons that were embroidered to stand vertically on the fabric, like a Richard Serra sculpture.

At the end of the show, the models filed out in small groups according to the three myths around which the collection was built: Daphne and Apollo, plus Arachne, in addition to Narcissus.

And then out came van Herpen with two members of her team, and the entire atelier in tow, whose hands made it all come to life. Happy anniversary, team Iris!