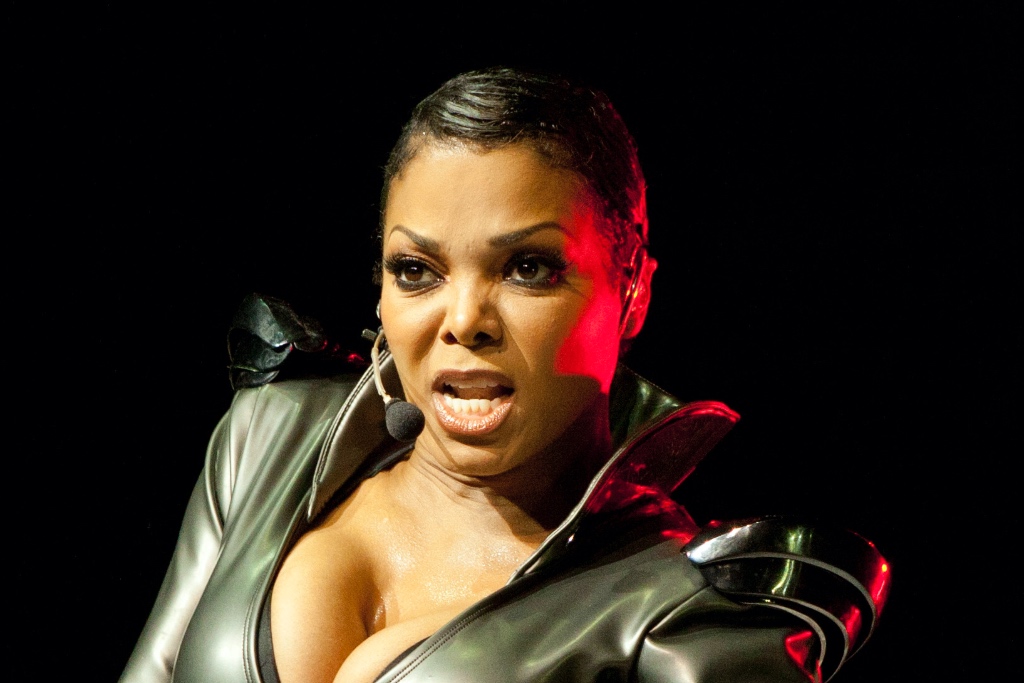 Janet Jackson’s latest magazine cover found the star posing in statement-making style. For the July/August 2022 issue of “Essence,” the musician wore a range of varying ensembles.

For her covergirl shot — as seen on the magazine’s Instagram feed — the Grammy Award-winning star posed for photographer Yu Tsai, dressed in a white pleated top, beige trousers and black jacket accented with white stitching. Finishing her ensemble was a pleated black cap. Throughout the accompanying editorial, Jackson largely accessorized with stylist Georgia Medley’s own jewelry — including layered earrings by Italian brand Eera.

Other imagery finds the “Nasty” singer in a blue denim Diesel coat worn over a Uniqlo T-shirt. Boosting the ensemble was the brand’s set of denim boot pants, featuring blue uppers similar to jeans that ended in brown leather-accented pointed-toe boots with stiletto heels.

One notable look features a layered brown MM6 Maison Margiela sweater, blue striped WNU shirt and beige Amiri blazer over blue Balenciaga jeans. Completing this ensemble is a set of black patent leather Balenciaga boots, featuring a tall silhouette and thin heels with a circular base that total at least 4 inches in height.

During her accompanying interview with Gerrick D. Kennedy, Jackson discusses a range of topics — from her recent documentary to parenting, her musical legacy and returning to creating and performing new songs.

“That’s not important to me, whether I did or didn’t, to be quite honest,” Jackson tells Kennedy on earning her dues as an R&B producer. “It’s really the body of music touching people and how it impacts their lives that matters to me. It’s not the accolades. I honestly don’t think about that stuff.”

When it comes to shoes, Jason’s style ranges from slick to sporty. The star often favors sky-high footwear by Christian Louboutin for all occasions, featuring platform sandals, boots and pointed-toe pumps. On the red carpet, she’s also been spotted in heels from luxury labels including Nicholas Kirkwood, Lanvin, Versace. For off-duty looks, the musician favors a range of styles, including Alaïa lace-up boots, R13 platform sneakers and Nike sneakers.