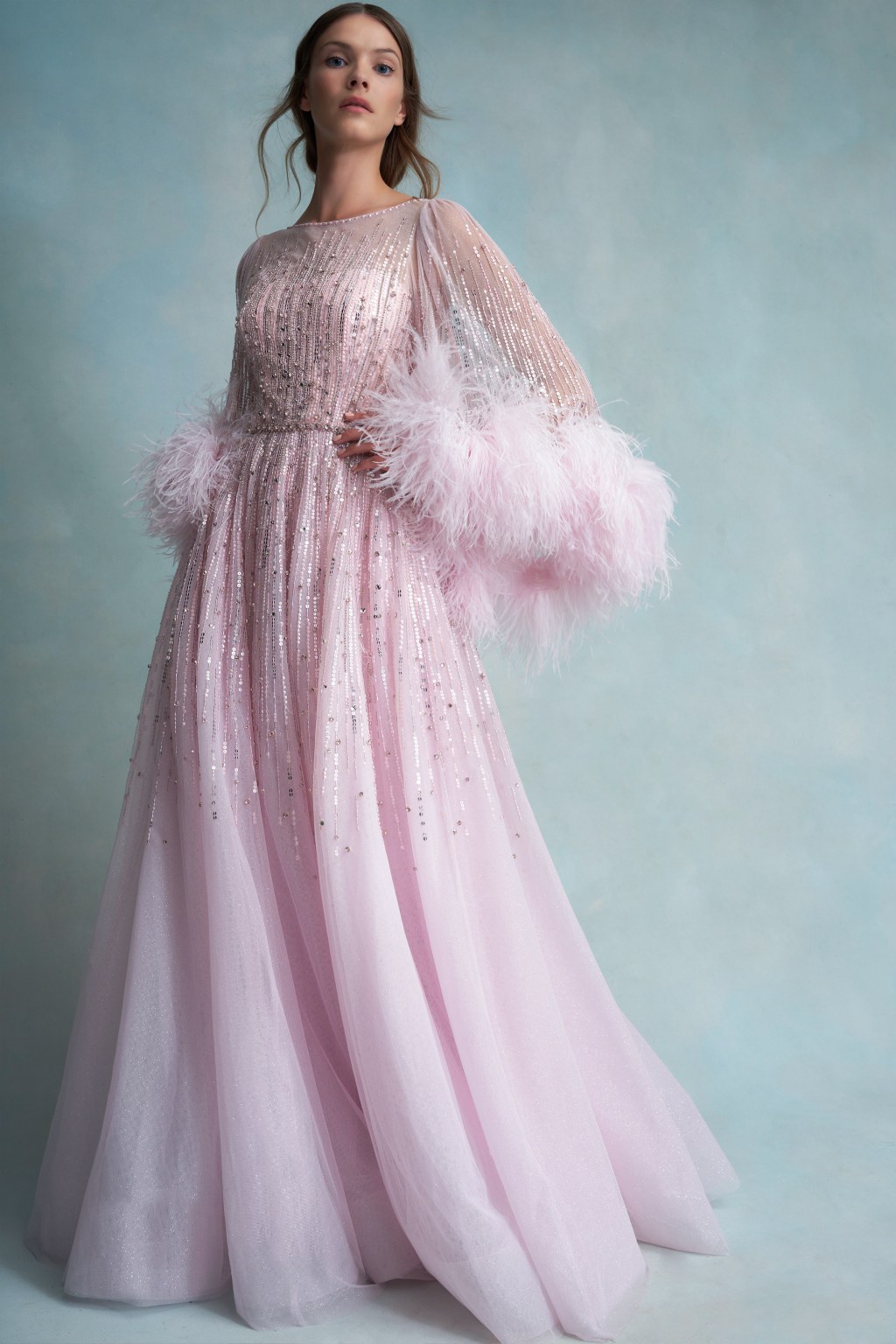 Jenny Packham‘s clients are back in the social whirl, and in the mood to party. She’s responding with a collection based around traditional resortwear, the sort that socialites once needed for Caribbean cruises, warm-weather resorts and big-ticket fundraisers, anniversaries and weddings.

“I was looking at the jet-setters of the ’50s and early ’60s and wanted pastels like aqua, pink and turquoise. There’s a real excitement about dressing up again,” Packham said in an interview at her Paris showroom.

The designer added that she’s seen a 50 percent uplift in the overall business, compared with last year and a 300 percent rise in online sales.

Brides are also shopping online now, and the way they shop is changing, she said. With so many weddings having been put on hold during the pandemic, she said weddings are rolling on for longer, and brides need different outfits for multiple wedding moments. One for the rehearsal dinner, the ceremony, the reception and the after party. The list goes on.

Packham also said the pandemic has finally put to rest the notion that formal looks wouldn’t sell online. She said online sales have been robust worldwide, and particularly in places where she doesn’t have many physical stores or stockists, including the Philippines, the Middle East and the U.S.

She said that online selling has been a boon for her business in more ways than one. When she sees that an item is selling out, she’s able to react quickly, and replenish the relevant styles.

For resort, her dresses had old world flair and sparkle, while the colors looked as if they were drawn from exotic fish: they included a powder pink gown with sequins and feathery ostrich trim; a long pleated chiffon dress in a rainbow of eye-popping blues, and a long dress awash in what looked like shiny, tiny gold coins.

There were sparkly cape dresses, off-the-shoulder gowns and even a few nautical references, such as sailor-style tops, in a nod to the good old days of luxury travel.