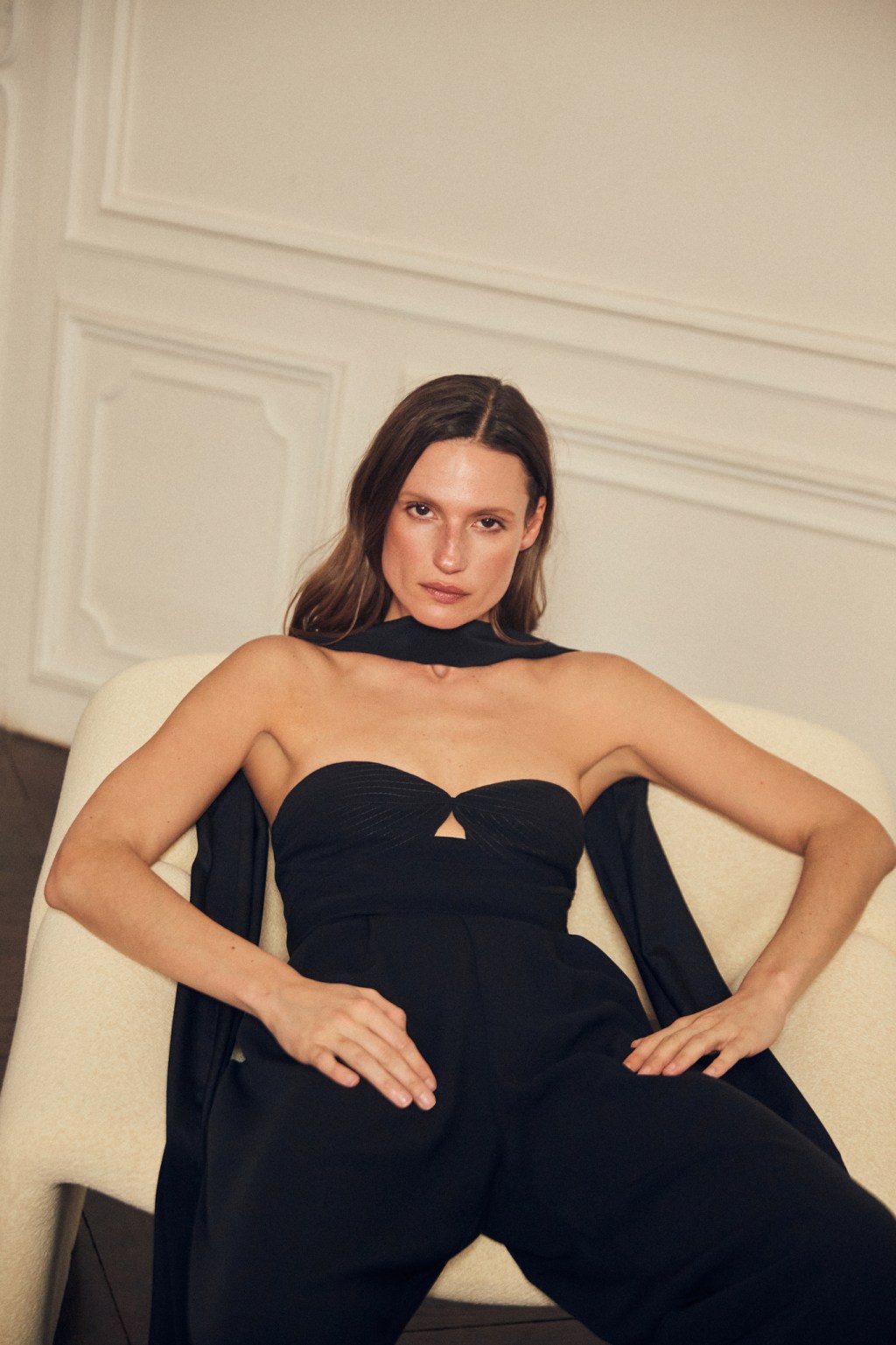 For her latest collection, Johanna Ortiz upped her outerwear game with structured coats and enveloping ponchos after a trip to New York prompted the Cali, Colombia-based designer to rethink cold weather dressing.

The form-fitting, feminine dresses she’s known for were still on hand in her signature prints. Hand embroidery in Suzani and ikat threading gave them a subtle shine in cinnamon, nutmeg and pumpkin spice shades for fall. “I envisioned a woman looking through pictures from Helmut Newton, that era of the women in the ’70s, how they looked sexy and also empowered,” she said. Ortiz called this the golden age, and interpreted that vibe with gilded pieces in shimmering silk jacquard. Another standout was a rust tiled skirt. Halter tops abounded and kitten-heeled boots had a bit of a cowboy edge.

Ortiz has been expanding her brand from dresses into lifestyle. Managing production in Colombia and Peru with a vertically integrated structure benefited the company over the last two years. “It’s been a huge opportunity to grow the company in a slow moment,” she said. She launched a tablewear collection in June with Moda Operandi, which has done “great,” she added. So great that she’s doing a second drop with Matchesfashion in May. As if to emphasize the all-encompassing world she is creating, the carpet the models walked on was also from the brand.