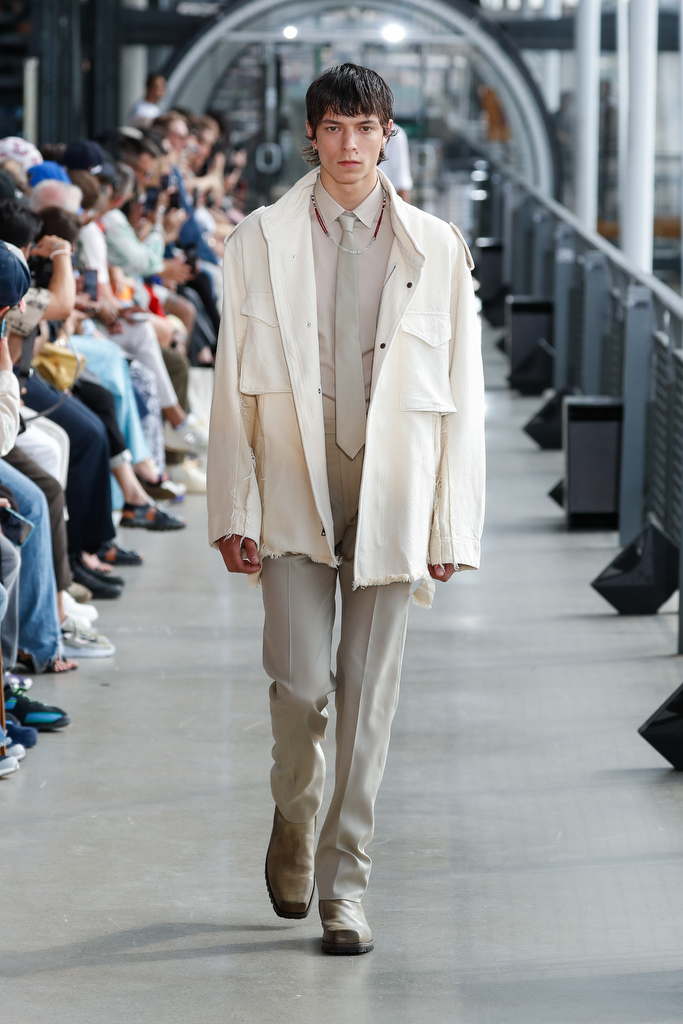 John Elliott is ready to jump into a bigger league.

The Los Angeles-based designer made his Paris debut with a coed collection, appropriately titled “Leap of Faith,” on the rooftop of the Pompidou modern art museum, which offers sweeping views of the French capital’s skyline.

On the surface, the lineup did not mark a massive departure. Rooted in the memories of the late ‘90s, early 2000s period that sustained Elliott during the pandemic, it featured more of the cargo pants and oversized crinkled shirts he showed last season.

But he both toughened up and polished his aesthetic, contrasting sanded leather jackets and beaten-up denim with a sprinkling of city-slicker suits, and a strong selection of knits, including oversize polo shirts incorporating sheer stripes.

Canvas bomber jackets with frayed edges, paint-spattered shorts and distressed biker jackets were entrenched in the California cool style that has made the brand popular with everyone from Justin Bieber to LeBron James.

But he’s hoping to cast a wider net with the tailored looks, which were smart enough to be worn to the office. “It’s a signal to our customers that the brand is growing,” said Elliott, who after opening a flagship in New York City last year is scouting for his first European location in Paris.

To be sure, U.S. brands have been riding a wave of popularity. The Kith store in the city’s Golden Triangle has become a popular hangout, and several fellow American labels have chosen to show here this season, including Thom Browne, Amiri, Reese Cooper and KidSuper.