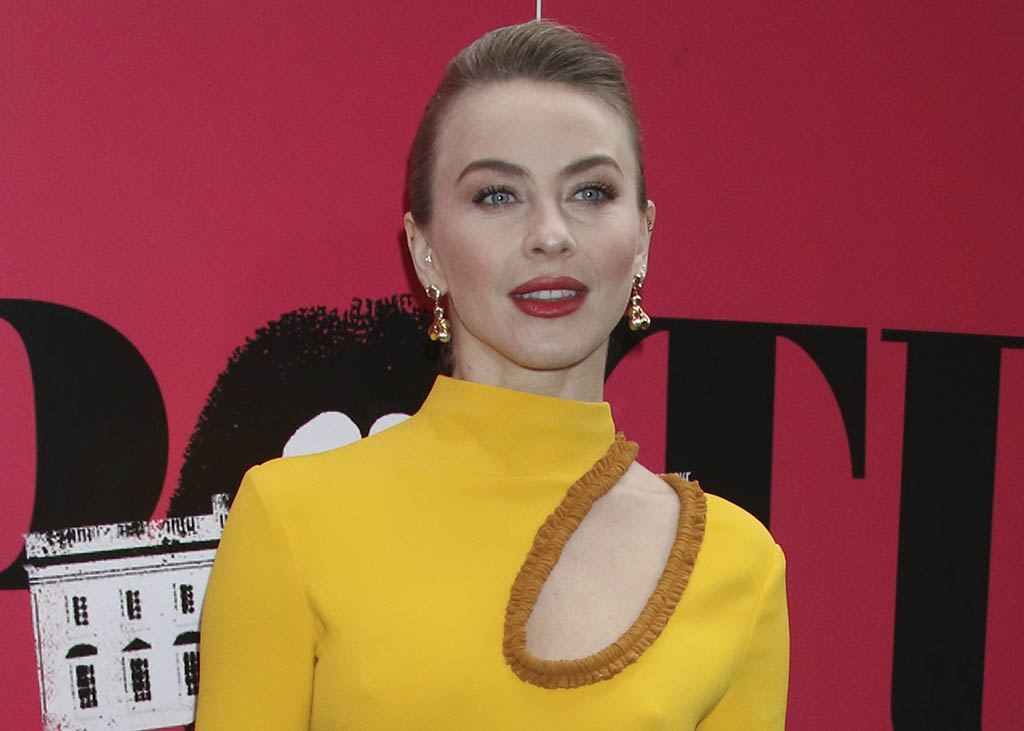 Julianne Hough posed in her living room with sophistication on Thursday in an Instagram video set to Harry Styles’ “Music for a Sushi Restaurant.”

Hough wore a cream suit with a sleek design and defined shoulder pads. The pleated effect near the pocket of her pants is another great touch to the overall look of the suit, as every time Hough posed to the side with her hand in her pocket, it honed in the very thought-out design.

The cream suit was from The Mannei, a brand known for its signature style. Underneath, Hough wore a lacy button-up that meshed well and brought out the dewiness in Hough’s complexion, which added to her glow. Lace can be a versatile fabrication that can offer style statements that range from soft and feminine to sensual. The material has an interesting history and evolution. Often used for trim or appliques, lace was first developed in the 1600s and considered a luxury item at the time due to the labor-intensive production process, which was done by hand. When textile machines were developed, lace became more affordable, making it a popular modern clothing embellishment, especially in bridalwear and lingerie.

Though her shoes were left a mystery to viewers, to go with the airiness of the suit, a white pointy toe sandal or a translucent square-toed pump would’ve worked perfectly