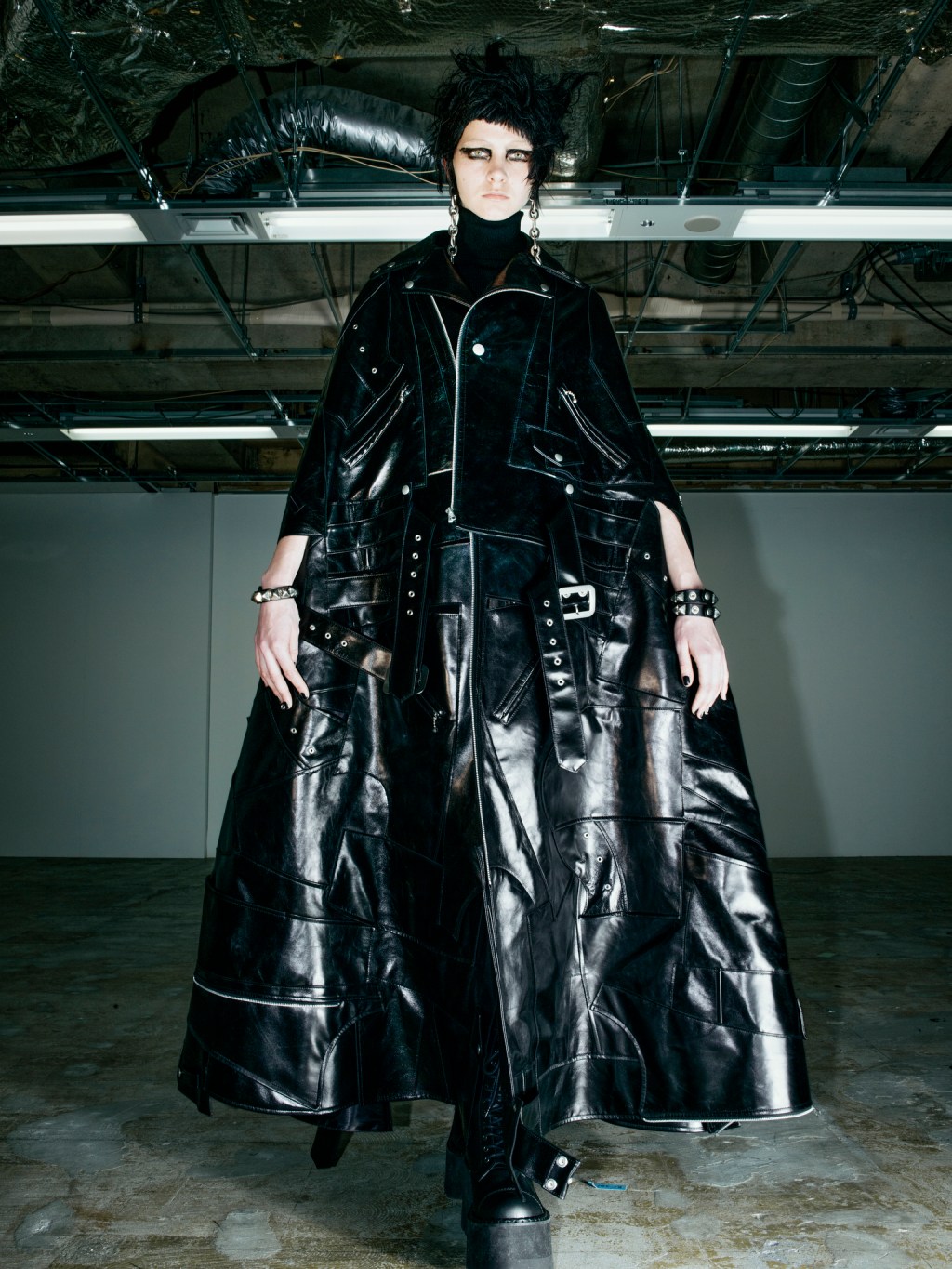 For his latest women’s collection, Junya Watanabe was inspired by “Plight (The Spiralling of Winter Ghosts),” a collaborative album created by David Sylvian and Holger Czukay in the 1980s. Rather than a traditional runway show, he chose to present the collection in the form of a video.

“In particular, I found the subtitle ‘The Spiralling of Winter Ghosts’ poetic and beautiful, and it became the inspiration for the video,” Watanabe wrote in his show notes for the season.

The designer took motorcycle jackets, bomber jackets and checked wool jackets, cut them up into pieces of fabric and individual elements, and then spliced them back together to create new garments that were both entirely different from and easily recognizable as the original items. The collection overall had an avant-garde feel, with lots of asymmetric, volume-centric silhouettes: wide ponchos, full skirts and coat dresses with long, intricate folds of pleats.

In Watanabe’s hands, biker jackets became coats that flared out at the waist, with rows of zippers running in all directions and belts and buckles hanging off of them. Other jackets had nipped-in waists and ruffle sleeves. Bomber jackets were used to make a series of long coats that doubled as dresses with A-line skirts, and corsets with long strips trailing from the hips to just above the ankles. One standout look was a dress made from green flight jackets, the zippers arranged in concentric circles at the front of a full skirt. At the back, the hem was raised to just above the hips and an orange tulle lining swished around from the outside of each leg.

Looks created with check jackets included an asymmetric, gathered skirt, a shawl-collar coat with ruched sleeves and a cropped, poncho-like jacket. The overall result of the collection was edgy and cool, while still maintaining a sense of commercial appeal.