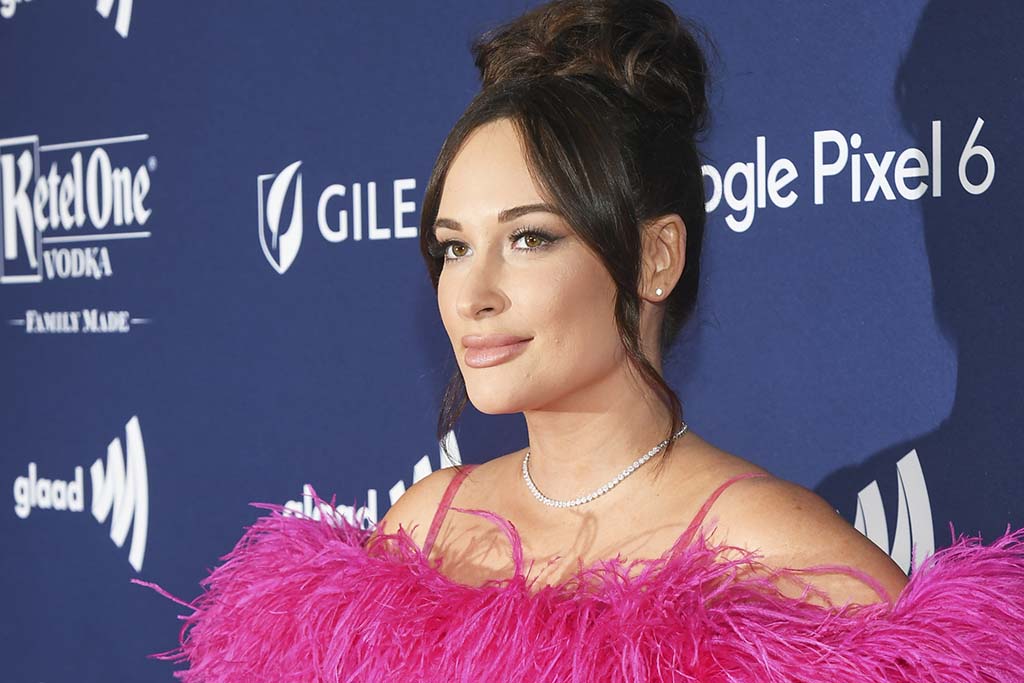 Kacey Musgraves showed off her interior design style along with her fashion taste in her latest story.

The “Slow Burn” singer appeared on the May cover of Architectural Digest and talked with the publication about her serene, minimal Nashville home. She also gave viewers a tour of the house in an Open Door video. Her pup, Pepper, also appeared in the photos and video.

The Grammy winner, styled by Erica Cloud, posed for the cover in an orange and white checkered midi dress from Rachel Gilbert. In another shot, Musgraves wears a mauve fitted dress from ALC. This dress featured a high neck, and Musgraves wore large silver hoop earrings with the look. Another photo from the shoot showed Musgraves in a flowy red-orange Valentino dress as the singer-songwriter posed near her pool with an oversized bust statue.

Musgraves wore a fitted blush knit dress with long sleeves. In the video, the musician talked about her home more in-depth.

“With this house I’ve tried to really embrace a minimalist style, and that’s hard for me, since I like to collect things as I go that remind me of a place I was in,” Musgraves said in the video before showing off several crystals, fan art and even a framed joint from country legend Willie Nelson.

She also talked about the inspiration to transform the space into a bright, minimal home without being too minimal.

“There’s a lot of craziness in my life so I really wanted a really serene space to come home to that felt like, honestly like a spa, and a place where I could find room for my thoughts,” Musgraves said while showing off her living room. “I do love modern architecture and lines, but I get wary sometimes with modernity being sterile and kind of cold feeling.”

Click here to see Kacey’s style evolution over the years.