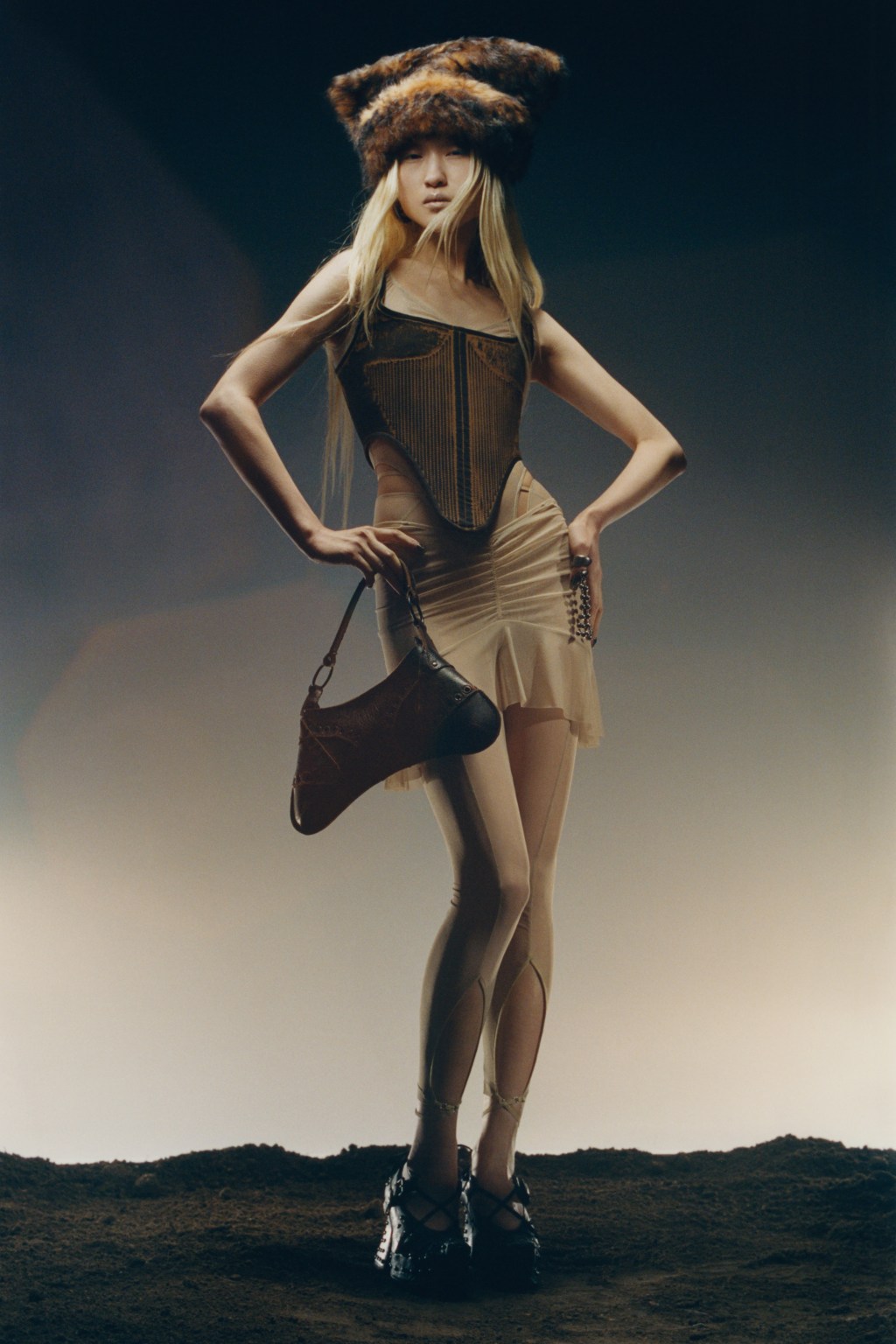 It takes guts to show more than six weeks after the last Paris shows for an emerging brand like Knwls, formerly known as Charlotte Knowles. But sometimes, you just have to move things around to survive and thrive.

Faced with delays from factories in Italy, the brand withdrew from the London Fashion Week schedule, and instead, put together a sleek look book and managed to impress the LVMH Prize judges and earn a spot as one of this year’s finalists.

“COVID-19 was basically worse than it was during the height of lockdown for some reason in Italy. Our factory decided to completely shut down twice during the season, and the production was mega delayed. We figured maybe we shall just invest all that money and do a shoot,” explained Alexandre Arsenault, cofounder of the brand and Knowles’ life partner.

The gloomy and moody fall 2022 look book, shot by Jordan Hemingway, vividly captured the brand’s Y2K meets wild west, sexy girl energy and showcased the brand’s effort to expand from its signature body-con dresses and separates, and the leather jacket made famous by Julia Fox. Here were other ideas, like brushed mohair leg warmers, chunky knits, shearling boots, shoulder bags and fluffy square beanies, which will very likely soon be seen on It girls like Fka Twigs, Bella Hadid and Rihanna.

While the brand’s aesthetic is considered challenging in Asian markets, for now at least, Arsenault revealed that the brand DNA is in fact rooted in the Japanese pop culture that the duo grow up with. For this collection alone, the two referenced Tokyo street styles documented by the now-defunct Fruits magazine, Japanese metal bands and Mamoru Oshii’s cyberpunk film “Ghost in the Shell,” as well as drawing inspiration from vintage pieces their customers pair their dresses with on Instagram posts.

“We were so stressed from the season before. There was so much going on on the business side. We just want to make a bunch of things that we like. We wanted it to be super kawaii, super fun, super playful like the Harajuku girls, and combine with our slightly dark and sexy vibe. I really like Fruits magazine’s eclectic escapism and how there are just so many different prints and colors and textures and it’s very just like ‘F–k it. I’m gonna wear what I want and how I want to wear it,’” Knowles added.

To make up for the absence of a fashion show, the brand is throwing a party at the London Standard Friday evening, as a way to close this chapter and move on to the next season, which the duo confirmed will be presented in a physical show format.