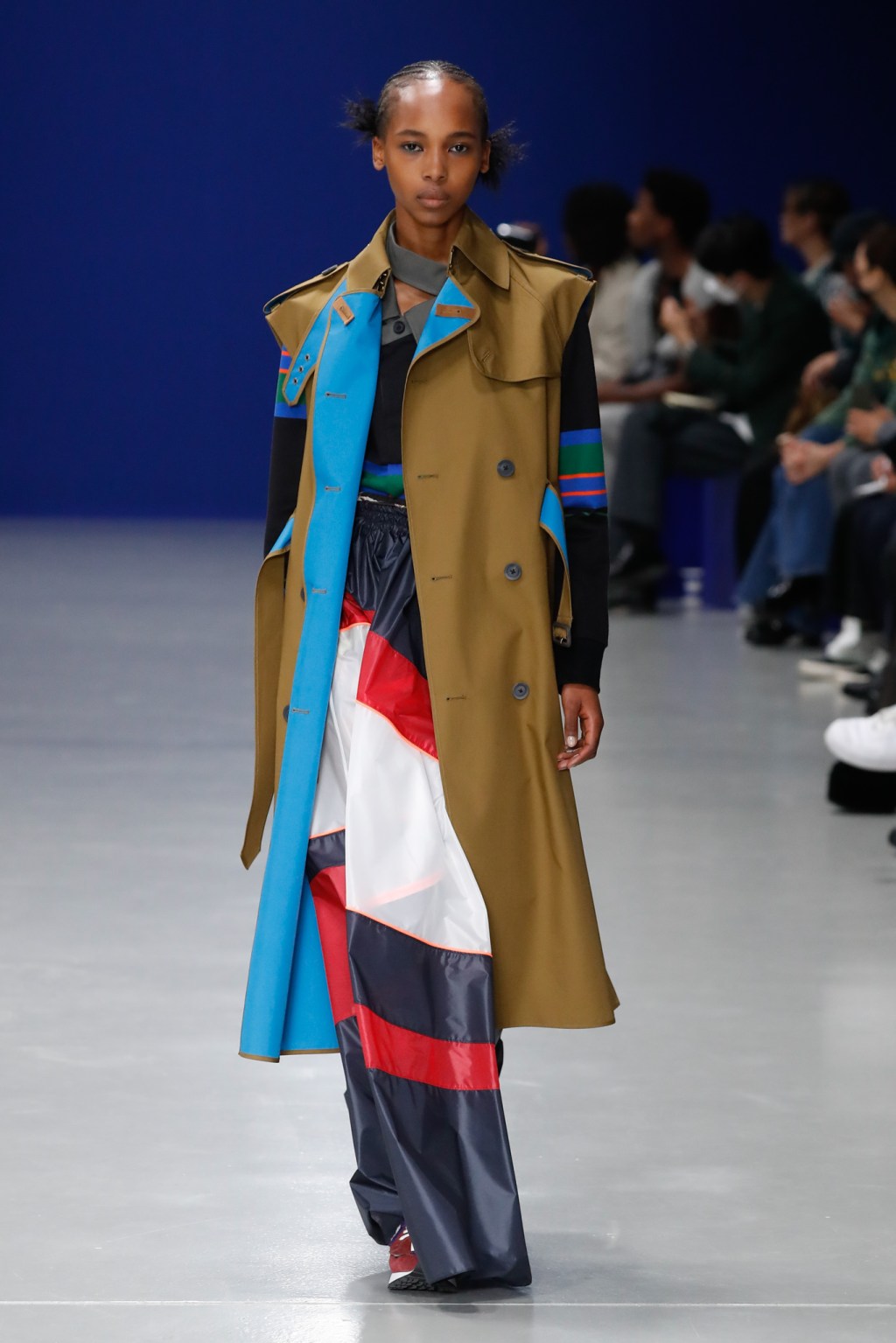 Kolor returned to Paris for its first physical show in five years. Designer Junichi Abe was last on the ground in 2017 for men’s; for this season, he presented a a co-ed collection.

In that time, Abe’s designs have become more whimsical and daring, and he’s experimented almost too heavily with deconstruction and disjointed layering. Back on the runway he kept that direction, but pared his tendencies down with simpler silhouettes.

Still, he had a bit of fun with the streamlined shapes, adding tulle puff sleeves on dresses and using parachute nylon to create long, voluminous skirts that were airy and light. There were feminine touches in encrusted jewels on tops and pearl necklaces for men, straying away from his usual Americana and collegiate codes.

As always, tailoring was a strong point executed in outerwear. Bright colors were used as a subtle touchpoint, first opening the collection in entire looks then turning up as a collar or pant cuff later down the line. It was an energetic collection that showed Abe is back in action.