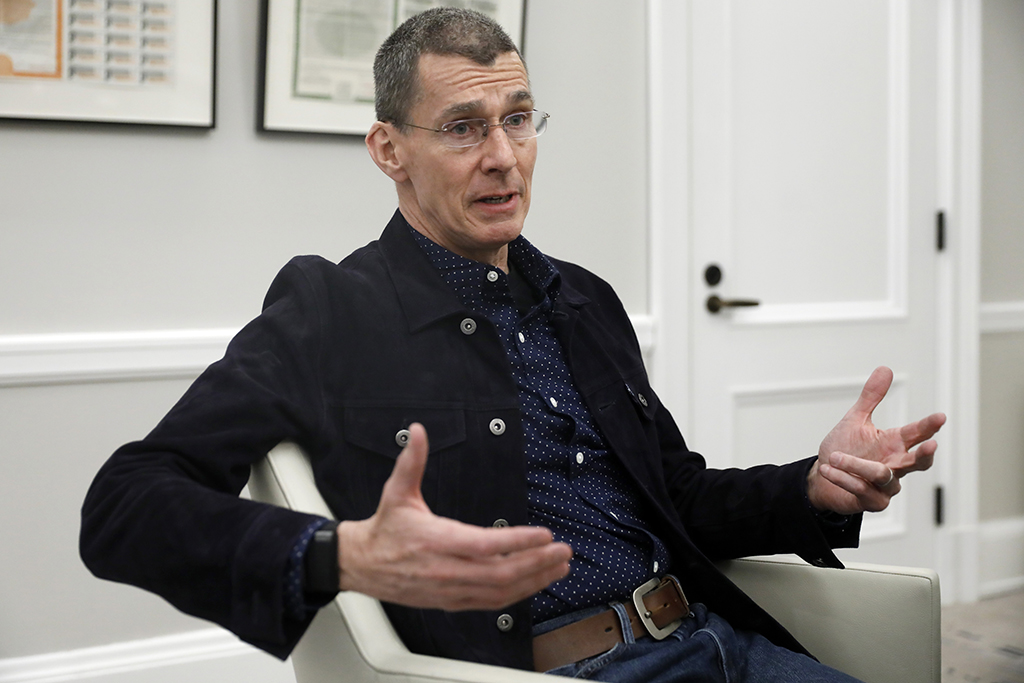 On the same day more than 200 CEOs sent a letter to the U.S. Senate urging immediate action on gun safety legislation, Levi Strauss & Co. President and CEO Chip Bergh — one of the most vocal signatories — today called on more leaders to take a stand.

“This is not about repealing the Second Amendment. It’s about putting common sense law [into place]. … What’s happening is ripping this country apart,” Bergh told Pete Nordstrom, president and chief brand officer of Nordstrom, during a conversation at the Global Department Store Summit in Seattle. The event, “Retailing From the Outside In,” is being staged by IGDS, the largest association for department stores, and Nordstrom.

Bergh said CEOS must not be afraid to put their energy and financial resources behind issues like gun safety — which has again been thrust into the spotlight after last month’s mass shooting in Uvalde, Texas that killed 19 students and two teachers and a string of other killings. “Businesses exist to make a difference in the world,” Bergh told the crowd of global leaders.

The executive noted that the brand’s younger consumers (ages 18 to 30) have made it abundantly clear that they care most about two key issues: climate change and gun control.

Levi’s and Bergh have been leading the charge on advocating for gun safety since 2016. That year, the brand had an incident in one of its Georgia stores where a gun inadvertently went off, injuring the customer who was carrying it. “A customer shot himself in the foot. It could have been an employee, another customer or a customer’s child,” Bergh recalled.

At the time of the incident, Bergh wrote an open letter to Levi’s customers, asking them not to carry guns in its stores.

“It boils down to this: you shouldn’t have to be concerned about your safety while shopping for clothes or trying on a pair of jeans. Simply put, firearms don’t belong in either of those settings. In the end, I believe we have an obligation to our employees and customers to ensure a safe environment and keeping firearms out of our stores and offices will get us one step closer to achieving that reality,” he said in that letter.

Bergh and Levi’s stepped up their actions further after the Parkland, Fla. shooting in 2018, pledging $1 million to fight gun violence.

While it’s clear where Levi’s stands, the executive noted that when it comes to pressing social issues, the role of today’s CEO is a “tricky” one. “We live in such a polarized world, and while most people are somewhere in the middle, what dominates is the extreme left or extreme right [viewpoint],” he said.

Despite the pushback that can come with being the loud voice in the room, Bergh is convinced that when Levi’s leads, others follow. “We’re at a point in time where there’s a good possibility that good change can happen. I like to believe that CEOs can make a difference.”

In addition to Bergh, signatories on the letter included CEOs of major companies such as Lululemon, Dick’s Sporting Goods, Kenneth Cole Productions, Poshmark, Patagonia, and Toms.