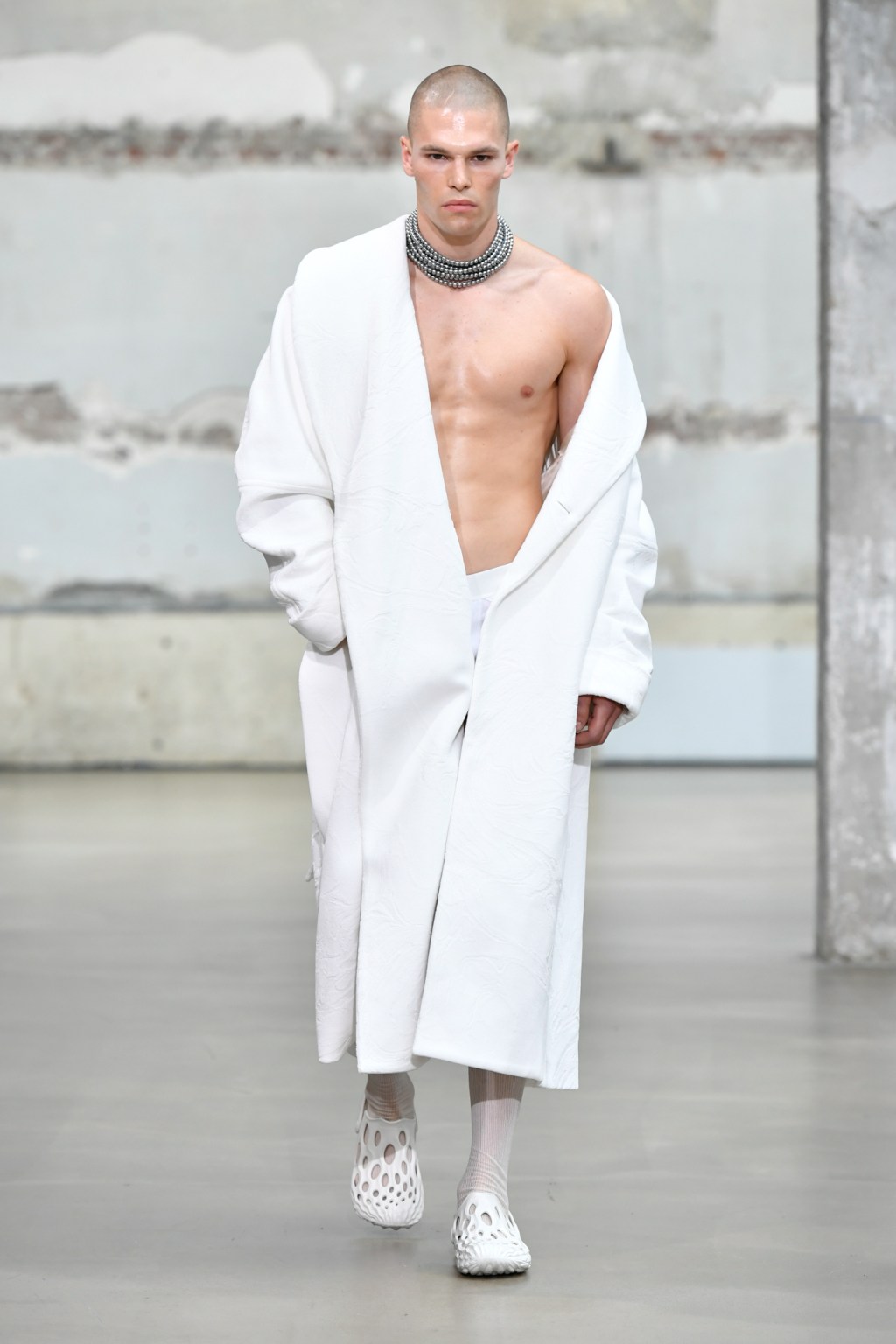 For his fall collection titled “Les Liaisons Dangereuses,” after the 18th-century French novel on the total social destruction of lovers-turned-rivals through seduction and scandal, Louis Gabriel Nouchi said he imagined a modern-day Valmont, the dastardly male protagonist played by John Malkovich in the 1988 film adaptation.

He felt there was a parallel between the character’s toxic gossiping with today’s need to generate buzz, especially as a fashion brand, masking a sensitive soul trapped in destructive patterns.

Of course behind the book, there were looks — and plenty of double takes.

Showing on a cast of real-life clients — a frame maker, an actor, a writer, a dancer, a bar owner, a merchandising director — Nouchi navigated a course between “sensuality and what you expect from sex” by opposing sensual textures like fluid jerseys, delicate marble-patterned laces and the tenets of an old-fashioned male wardrobe with laddering effects, sweat-ring designs and bared bodies.

But beyond the frisson of seeing glistening male bodies in various states of undress take to the runway, there is an unabashed love for clothes and the tactile experience they bring.

Among the standouts were a plush robe coat in tone-on-tone white marble jacquard; tailored suits that walked a fine line between sensual and sleazy; silky shirts slashed at nearly all the seams, resulting in multiple wear options; slinky tank tops, and knee-length shorts.

If wearing these looks as is could be overwhelming outside of a runway setting, their addition would be enough to spice up any post-pandemic wardrobe — an idea that will fan the flame among Nouchi devotees and spark interest from new ones.