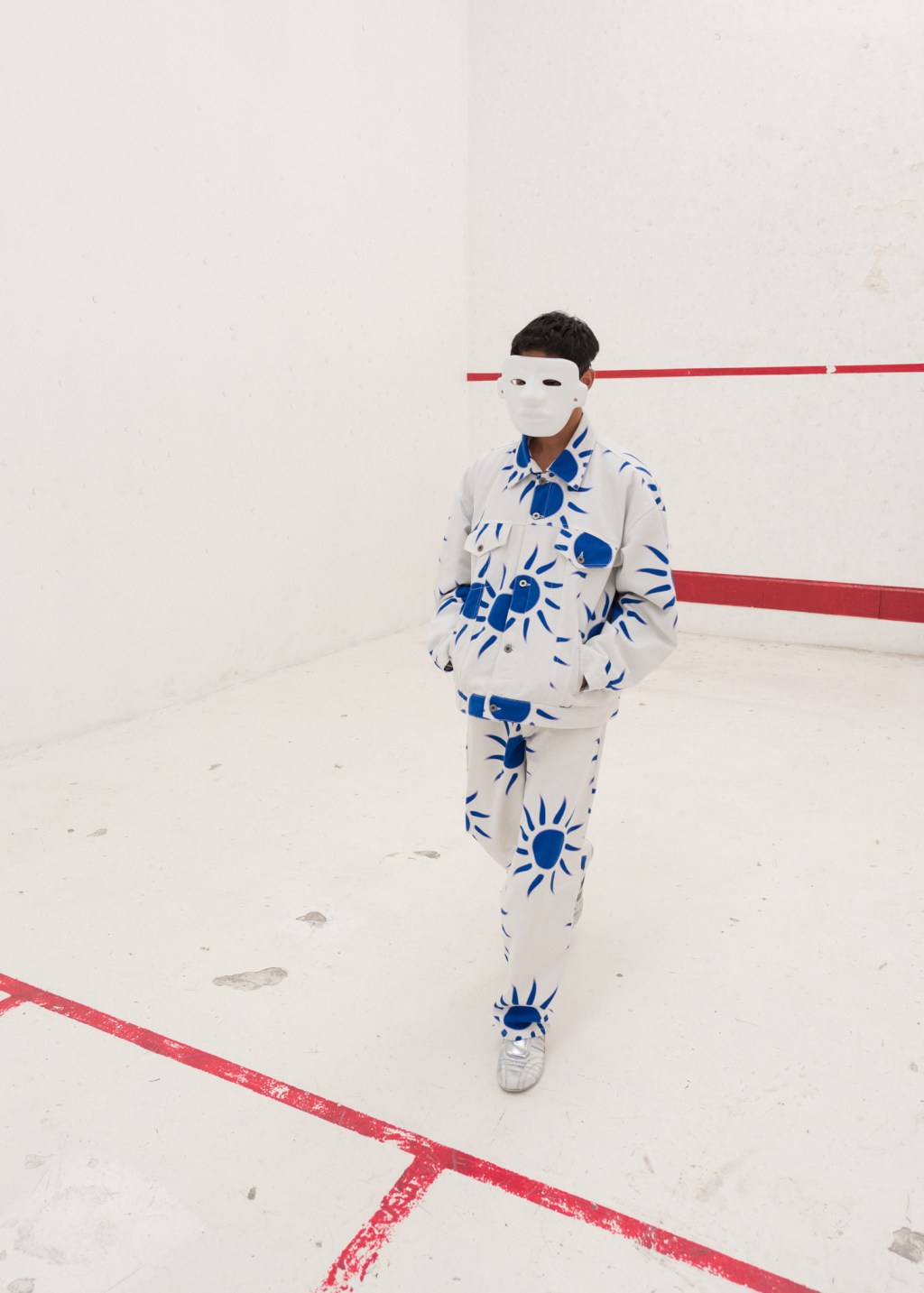 The starting point of Liberal Youth Ministry’s spring collection was Spain’s colonization of Mexico — or rather how the country’s pre-Hispanic civilization might have evolved if it had never happened.

Taking the sun as a central motif, designer Antonio Zaragoza imagined the habits and aspirations of the young. “I wanted them to feel really powerful, empowered by their own ideologies and feeling strong, almost like warriors,” he said.

Hence why the youth he depicted felt like young athletes, with Mexico’s passion for soccer replaced in this new reality by the “pelota maya” ball game, a sport similar to a racket-less squash with added ritual connotations.

Beyond that, kids will be kids, and these young ballers exhibited the same dichotomies as their counterparts in any time and place. Swinging between favorite casualwear worn down to threads and coveted collectible versions, standouts included sweatshirts and matching pants made of curvilinear bands sewn together; smart shirts and denim with the sun interpreted as a gradiant hazy aura, and souvenir jackets for fictional teams featuring Mesoamerican deities in their emblems.

Zaragoza used embellishments and distressing extensively. One sweatshirt was composed of half-a-dozen layers, the holes ripped into them creating concentric designs. Another featured floral embroideries further embellished with delicate marabout feathers, nodding to the legends around Quetzalcoatl, the Aztec god of the sun, wind and learning who also was known as “the Feathered Serpent.”

A third was dotted with some 50,000 crystals in a dégradé of yellow to blood red, meant to evoke flames. Stunning in person, it gave body to Zaragoza’s idea that youth will always be those filled with the sacred fire.