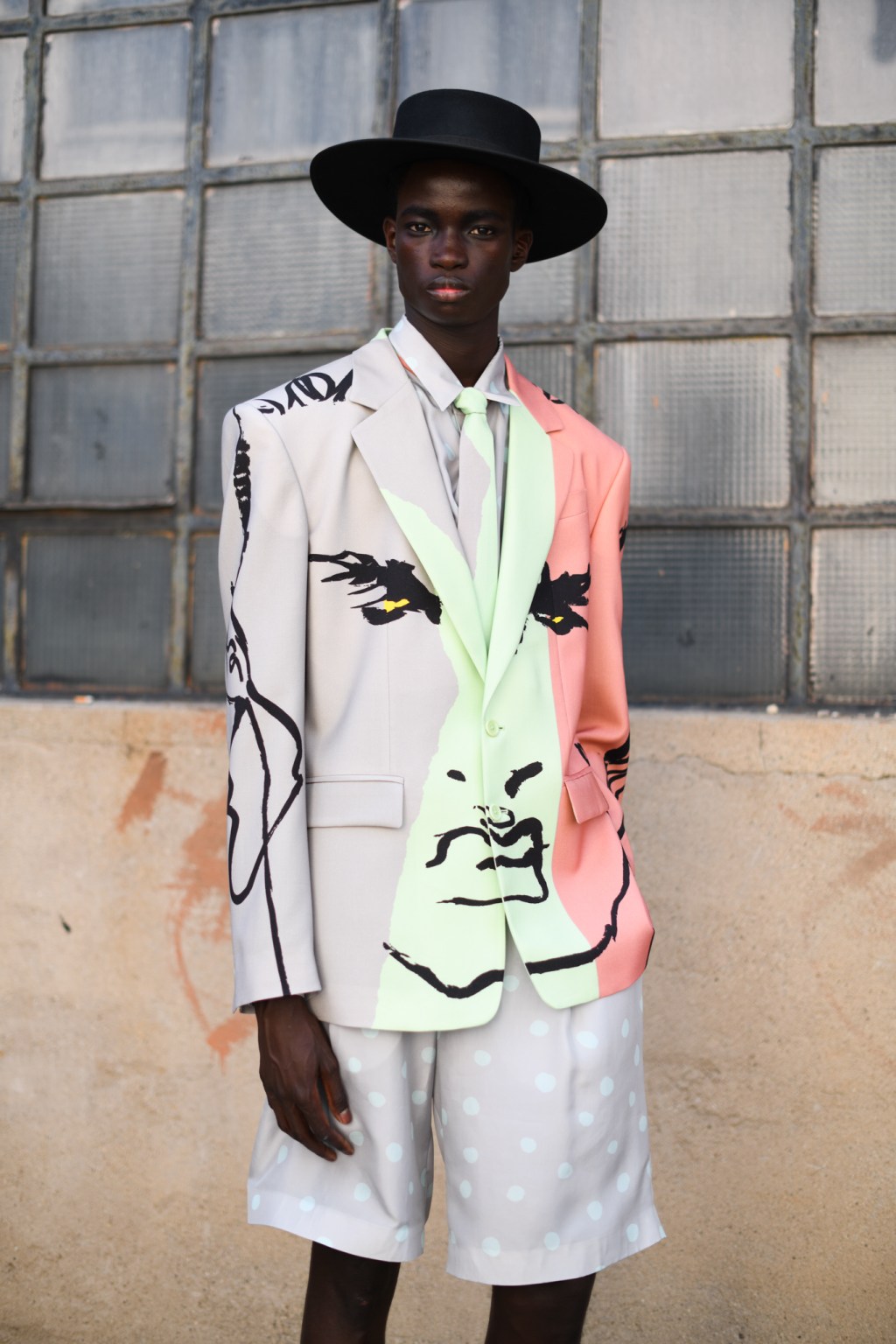 With a bold, focused and cohesive collection, he paid tribute to the late American fashion illustrator and photographer Tony Viramontes, whom Scott considers “an unsung hero, because he’s not a household name…But he had such an influence in pop culture because of his work.”

The designer transferred his energetic strokes and combinations of vivid colors directly on the clothes, turning them in canvases of movement that evoked some of the illustrators’ most prominent works for high-profile magazines and album covers, such as Janet Jackson’s “Control” from 1986.

Collaborating with Viramontes’ estate to obtain the rights to his images, Scott applied abstract faces and motifs to tailoring, as seen on a striking series of suits ranging from the bi-colored show opener to an oversize, elongated blazer jacket. Overall, silhouettes came with contrasting proportions, from cropped shirts and denim jacket to roomy hoodies and anoraks; from relaxed Bermudas to tapered pants tucked in biker or combat boots, as well as pleated skirts and sarongs thrown in the mix.

While the graphics were the immediate object of attention, the whole collection channeled the Buffalo Boys attitude. The reference to Viramontes’ work for The Face magazine on the key fashion movement of the 1980s spearheaded by Ray Petri, matched the fearless message of self-expression Scott has always pushed during his tenure at Moschino.

The combination of tailoring and workwear with leather and vinyl separates delivered the grit, toughness and sense of rebellion of the reference, amplifying the visual force of the collection. At the end, the mix best served the purpose of Scott’s presence in Milan’s June calendar: express the true power of his menswear, freed from the shadow of the women’s flamboyant counterpart. Mission accomplished.