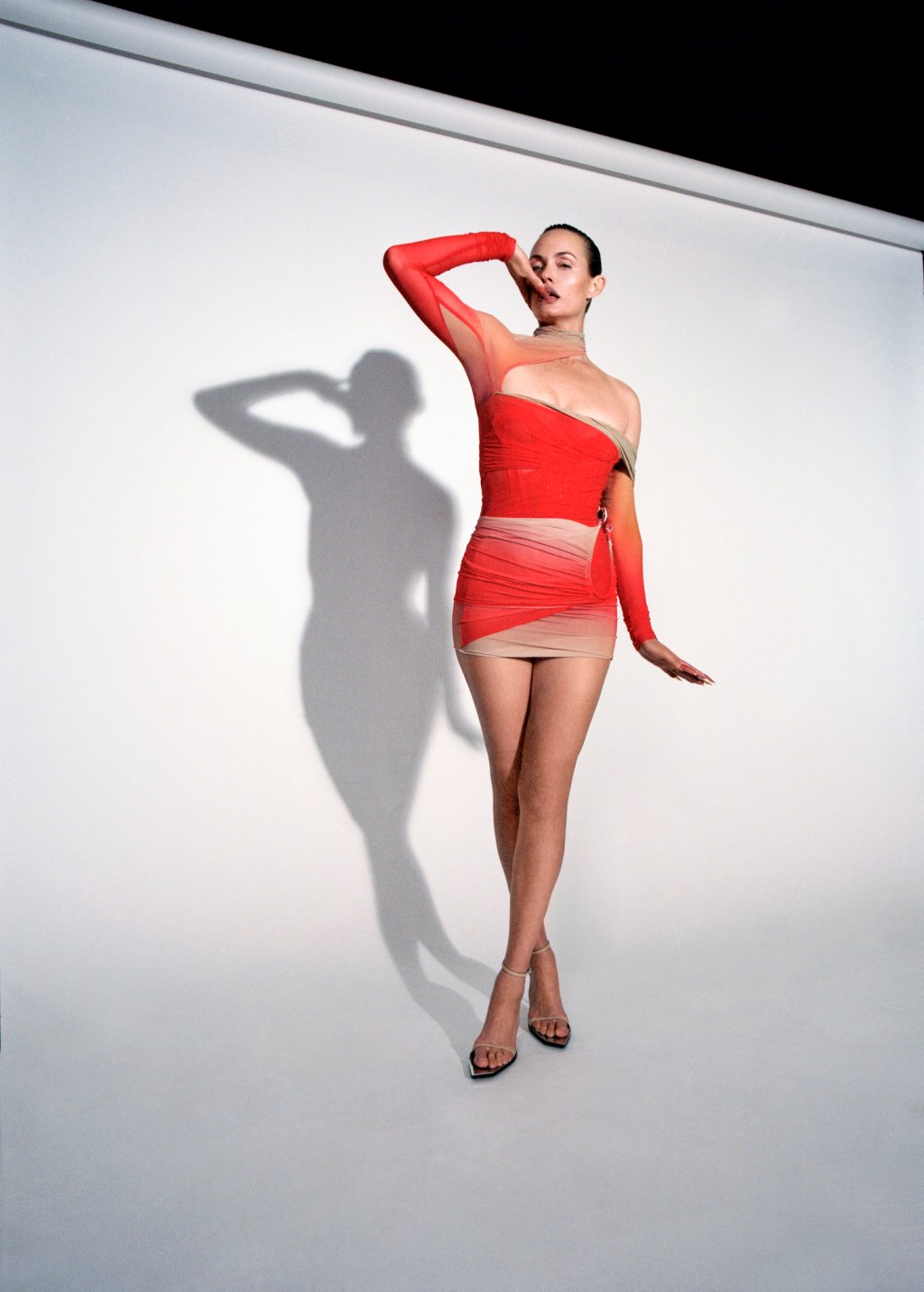 If Casey Cadwallader whittles down his Mugler jeans any further, he might be left with a single warp yarn on one leg and a weft on the other.

The film owes a big debt to Aphex Twin’s “Windowlicker” video from 1999, a cheeky sendup of rap songs incorporating an endless white limousine and rows of shaking booties sprayed with Champagne. Cadwallader’s film depicts one model taking a selfie of her behind.

The whole thing is a hoot and a campy blast of fashion fierceness with cameos by Chloë Sevigny and ‘90s models Shalom Harlow and Amber Valletta, who share a smooch on the hood of that stretch vehicle. “Their idea,” Cadwallader marveled.

The designer said a 1995 velvet dress with portholes on the buttocks by the house’s founder, then known as Thierry Mugler, inspired the whole collection, describing how Mugler applied elements of corsetry to the butt to lift and exalt it as a second décolleté.

“People want things from us that are extremely bold and daring,” he shrugged.

A chief proponent of nearly naked dressing the past few seasons, Cadwallader now reduced tuxedo jackets to shoulders and dangling lapels, and riddled his clinging pants, dresses and skirts with as many daring cutouts as possible. Meanwhile, hoop earrings are exaggerated so much the models must thread their arms through them and the jewelry bangs against their ribcages as they walk and twirl.

After sliding onto the hood of the limo in lieu of a runway bow, the film continues with an homage to Manfred Mugler, who died last January at age 73. Cadwallader conscripted prima ballerina Maria Kochetkova — Mugler studied classical dance as a youngster — and interspersed her moves with voguing by Barbie Swaee, both wearing the same halter-neck dress from the summer 1998 couture collection.

Cadwallader called this film the last of his trilogy, suggesting he might return to a live runway event, though he insisted, “I don’t want to just jump back to the way everything was.”