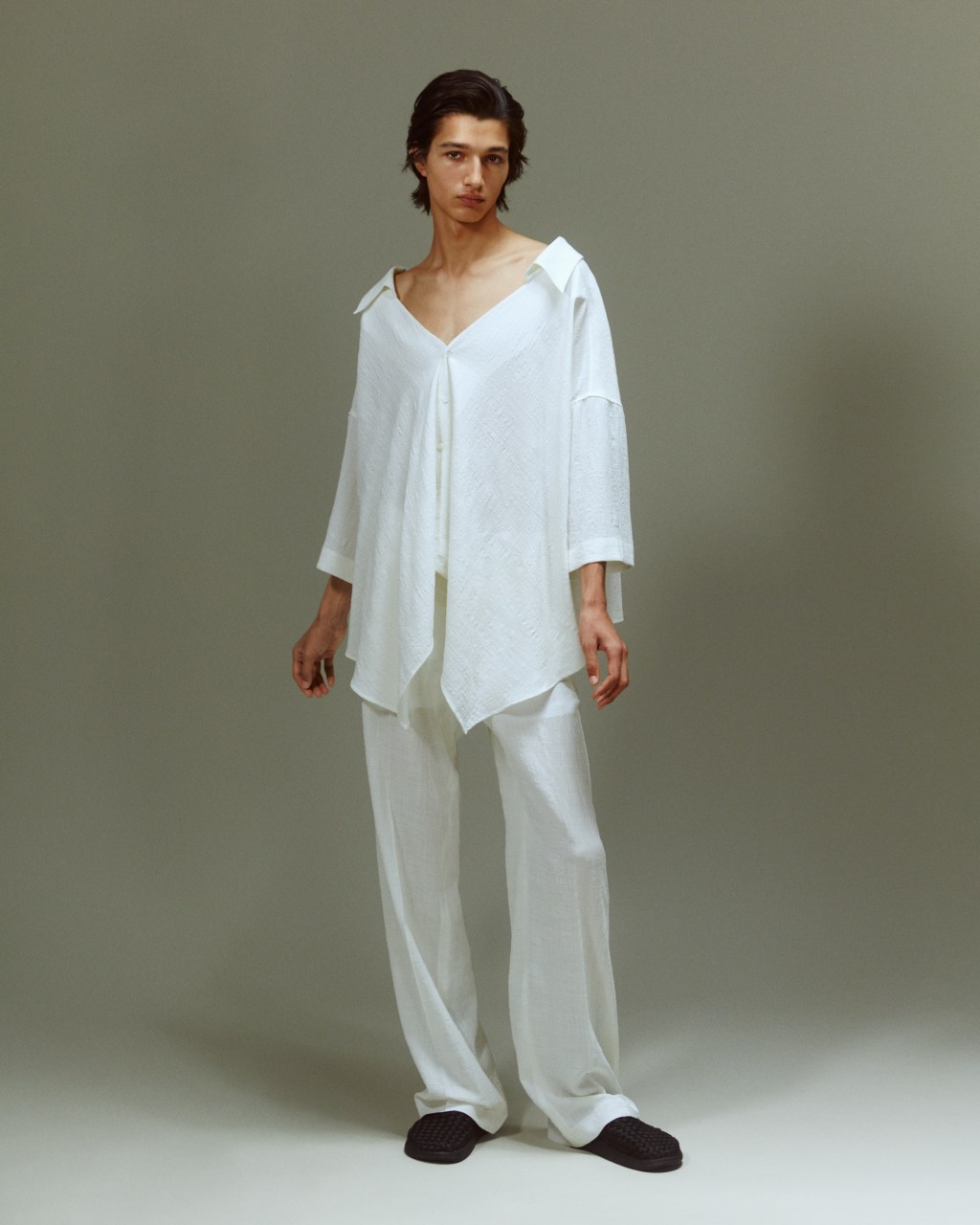 British Filipino designer Nicomede Talavera dubbed his spring 2023 “a love letter to all of the memories” he has from growing up in the Philippines.

“The most vivid memory for me was always the most sublime sunset every evening that I would see. That made me think about clothing for that one moment between day and night,” the designer added during a preview.

The result was a lineup of refined menswear, ideal for a summer spent at an exclusive island resort. For a best friend’s wedding by the sea, there was a black-and-white linen suit. For days and nights spent around the infinity pool, there was a sharp white shirt and silk trousers.

Talavera also collaborated with the fashion designer Sadie Williams, a classmate from Central Saint Martins, on a series of colorful hand-painted leather badges, as seen on plain cardigans and crewneck knits, depicting different positions of the sun during the day.

“It’s great to work with people who are not just friends, but whom I’ve studied with. We’ve always been wanting to work together for such a long time, and I felt like this was the moment to do it. I am thrilled to see that she has done it in such a modern and fresh way,” Talavera said.

Leather pieces, especially Talavera’s cocoon-shaped vests, will be next season’s must-haves, in addition to polo shirts with abstract prints.