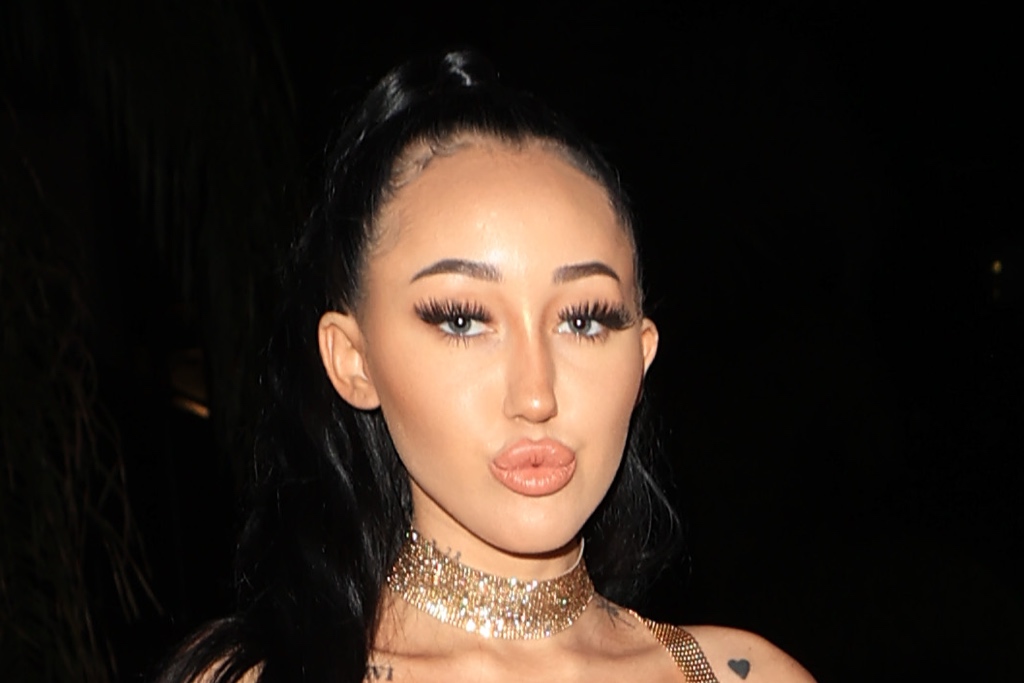 Noah Cyrus tried her hand at a viral dance trend in an edgy all-black ensemble.

The singer stood before a cream-colored couch, standing next to her Billboard interviewer, the pair dancing their hearts out to Lizzo’s “About Damn Time.” The song went completely viral on the popular appp Tiktok with almost 2.1 Million people using the sound. This comes on the tail end of Cyrus’s interview with Billboard, the songstress discussing everything from her new single ‘Ready To Go, to getting out of substance abuse. Cyrus also discussed TikTok, her famous family including her sister Miley, and much more.

Cyrus wore a black tattered cut-out maxi dress to her interview, styling the lengthy dress with a burgundy headscarf. The scarf matched the dark red detailing on the bodice of the stylistically torn dress, making for a cohesive all around ensemble. The dress was almost full-coverage, acting as gloves on Cyrus’s hands. The material was mostly see-through, save for the skirt which flared out and ruched in the front, creating dimension while breaking up the dizzying pattern on the dress. Cyrus shimmied to the beat, keeping her hair back under the headscarf while her makeup was made to be natural and dewy.

As far as footwear is concerned, Cyrus stepped into black leather Balenciaga boots fitted with silver studs. The CAGOLE 90MM boots have intense pointed toes and a BDSM-like quality to them. The boots hug the legs, stopping just below Cyrus’s knees. The style is form-fitting and flattering on almost everyone, coming in extreme colors like neon green. The full coverage ensemble needed a pretty intense boot to ground it, and what better boot to do so than the ever popular Cagole. The stiletto style seems treacherous, however Cyrus dances in them with ease, making heel wearers everywhere impressed by her flawless moves.