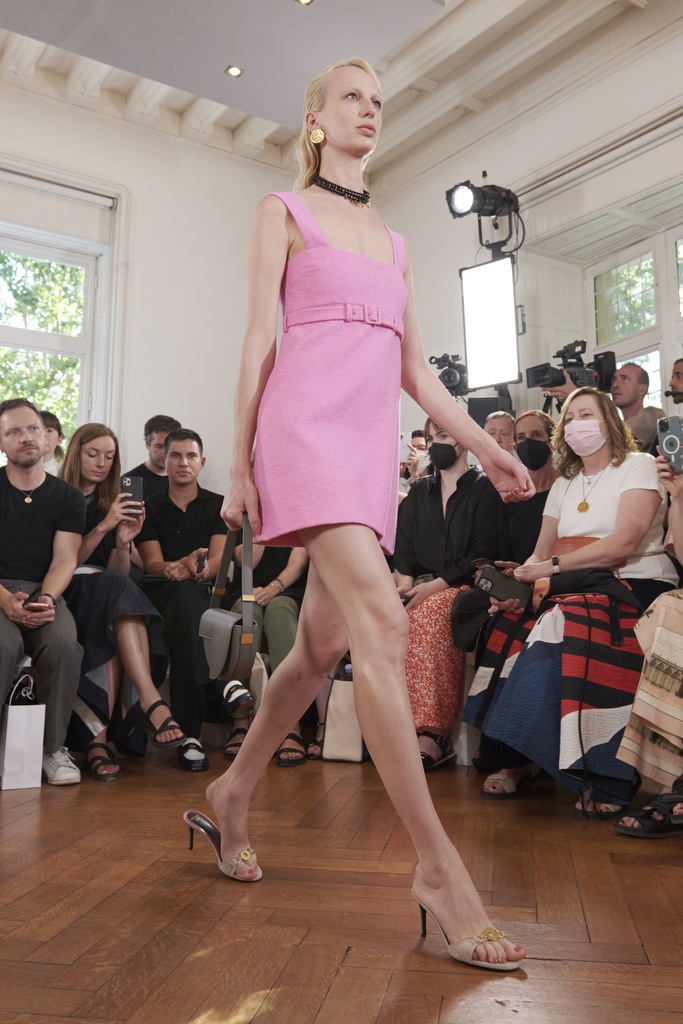 For his first Patou runway, Guillaume Henry wanted less of a show and “more a moment of intimacy,” closer to “a great dinner party with friends,” he said standing in the kitchen of the Patou headquarters on Île de la Cité, turned into a backstage.

The starting point of the Parisian label’s “Acte 1 & 2, 2023” was muses. Henry came to the realization that he didn’t know the ones of his younger team members, nor did they know his.

He said he wanted to challenge himself by designing for all of them, a “panorama of the woman the way we love her and the way we want her to be loved.”

Who that could be today was outlined in an Instagram filter the Parisian brand released on the day of the show, depicting prominent women like Michelle Obama, Josephine Baker, Cher, Paris Hilton or the fictional diva Miss Piggy alongside more unexpected choices like Keanu Reeves and a lettuce. “It’s within you. It’s your muse. You’re the only one who knows,” he continued.

The lineup showed the idea translated into eclectic designs of billowing dresses with ruffles, flirty separates with a 1960s inflection and sweeping coatdresses, but also a bralet paired with trousers, a shirred minidress and a sporty parka. Shapes were efficient and believable, even with the elongated hems that were a nod to the stays on corsets, he later said.

All were paired with heels from Maison Ernest, the century-old Parisian shoemaker of Moulin Rouge dancers in a nod to his Belle Epoque muses like dancer Cléo de Mérode.

A male model was a nod to the idea that “we’re not dressing men, we’re dressing whoever wants,” as Henry pointed out that Patou had a number of male customers and that labeling him a “womenswear designer” now felt ill-fitting.

Show or dinner party, no gathering would be complete without a guest — or one’s muse — making a grand entrance. In his case, it was Julia Fox, who closed the show in a formfitting dress in curling designs that felt part Art Nouveau, part stylized corsetry.

She sashayed into view, took a pause in front of photographers and finished by blowing a kiss to the audience. After her couture adventures in January, she’s a modern muse indeed.