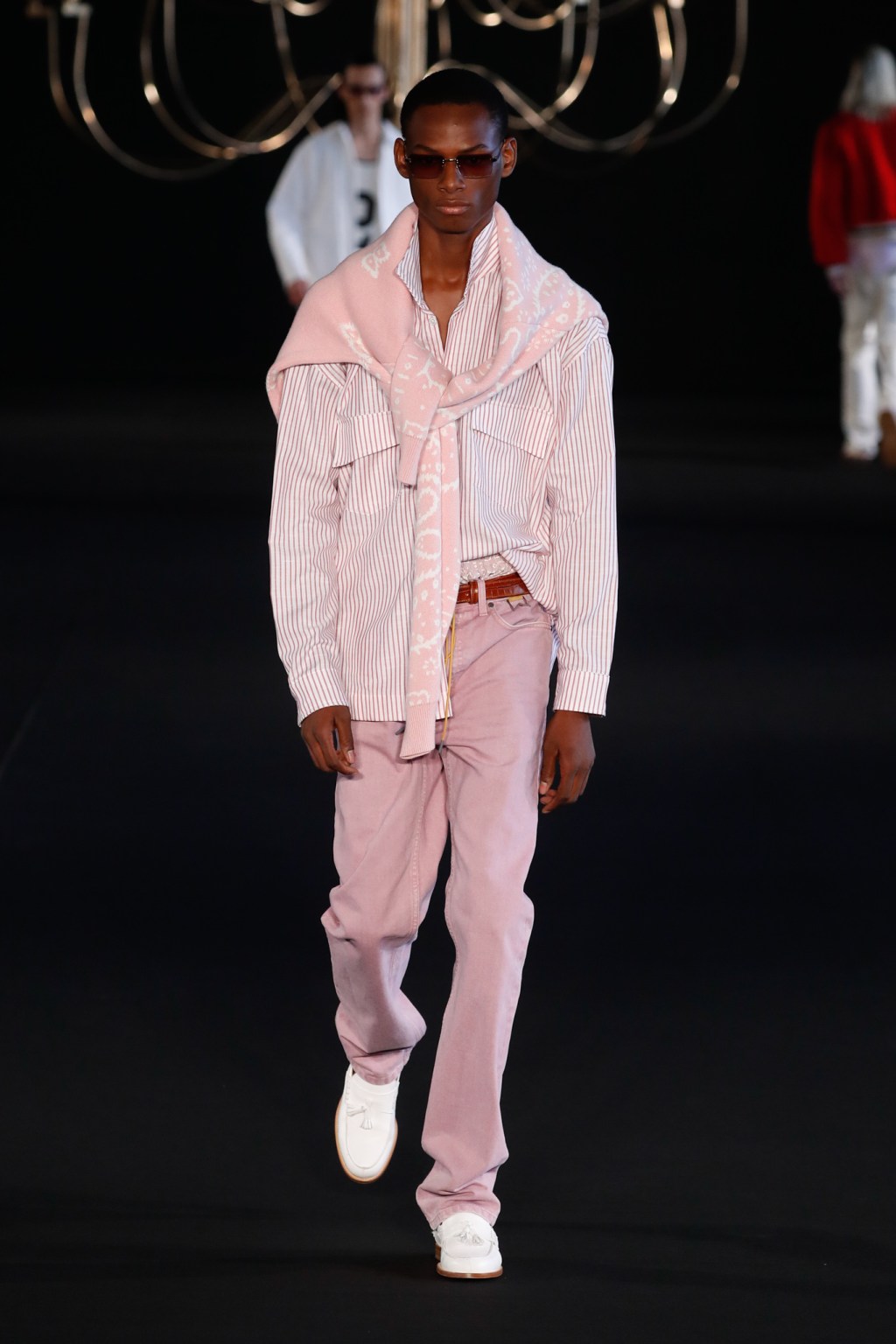 When Rhuigi Villaseñor made his official debut with Rhude at Paris Fashion Week in 2020, he struggled to define his label’s raison d’être. Two years later, the Los Angeles-based designer was back in the French capital for the first time since the pandemic — and this time, he knew exactly what he wanted to say.

His spring show, titled “New Money,” was an acerbic commentary on streetwear’s role in the fashion ecosystem, at a time when luxury brands have never been more invested in courting a younger, more casual consumer. It felt especially relevant since Villaseñor is poised to show his first collection for Swiss luxury brand Bally in Milan next September.

“‘New Money,’ to me, is my direct response to the term ‘streetwear,’” he said of the word, which is abhorred by almost all the designers it’s routinely applied to.

The designer, who was born in Manila, is familiar with the outsider’s perspective. His adopted circle, represented in the front row by guests including rapper Kodak Black and basketball player Karl-Anthony Towns, is helping to set the cultural tempo now, and this confident collection reflected that newfound status.

Villaseñor hinted at where he might take Bally with items like a suede car coat with a relaxed cut, silky striped pajamas worn with sneakers, and a crisp beige linen suit made with Italian tailor Denis Frison, which was paired with leather flip-flops.

“This is sort of a reushering of a celebrated life, in a way,” said the designer, whose Instagram feed is littered with aspirational images. He’s aware that not everyone is comfortable with luxury’s changing of the guard — but he’s unbothered.

“Indifference would be the worst thing, so whether you love it or you hate it, I just want to entice feelings,” he said, noting the show was held on a campus of Sorbonne University. “I guess we’re here to show that I’m just a student of the game.”