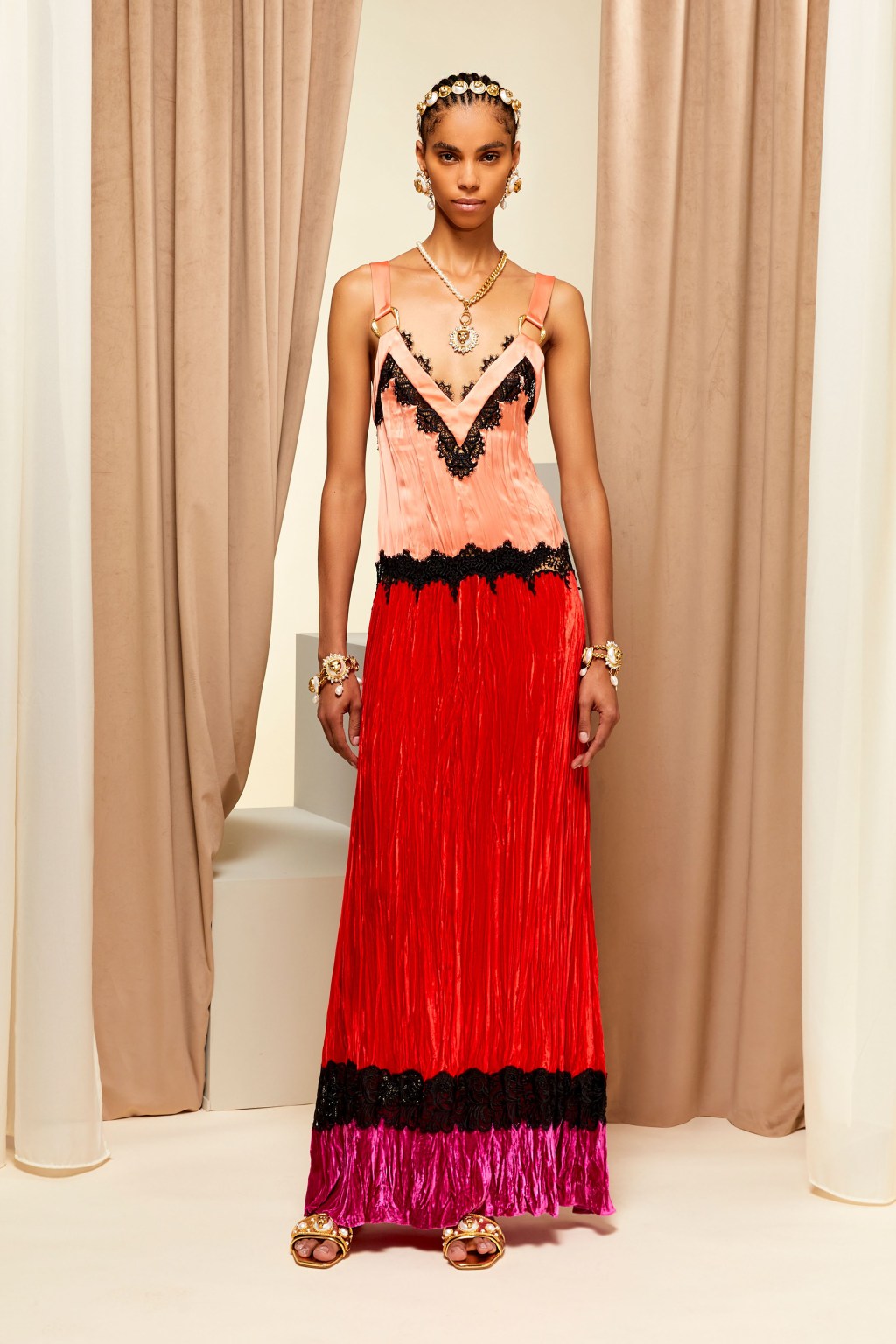 Since his appointment as creative consultant two years ago, Fausto Puglisi has been proving that the animal-printed universe of Roberto Cavalli suits him to a T.

Not only did the Sicilian designer help to rev up the label and put it back in the spotlight, with celebrities from Megan Thee Stallion to Dua Lipa recently seen in his designs, but he seems to have cracked the code of making its strong identity and signature seductive aesthetics relevant for today — a complex task considering that the world and notion of sexiness have changed significantly since Cavalli’s heyday in the early Aughts.

So, what is actually sexy now? Choice, for one. The expansive resort collection Puglisi concocted aims to empower women to find their own interpretation of the word by embracing different silhouettes, ranging from impeccable tailoring to lady-like proportions, without giving away an inch of the fierceness etched in the brand’s DNA.

“There’s a sense of freedom in the volumes and in not labeling the woman as just ‘sexy’ or ‘classic.’ She doesn’t need the diktat of a designer anymore, she mixes things and that’s the beauty of it for me,” Puglisi said during a preview in Milan.

Quintessentially Cavalli, body-conscious dresses with cutouts were still present in all their wild animal print glory — and were especially striking in the archival pheasant pattern — but other wearable options delivered equal sassiness.

Color-blocked double-face cashmere coats were thrown over suede sets with a denim feel or on slipdresses in froissé velvet and lace, a combination that was enriched with silk in easy-to-approach mini dresses as well as exalted in long, fluid options in solid tones or mixing coral, fuchsia and peach colors.

Puglisi said he particularly looked to the U.S. this season, pointing to New Yorkers’ effortlessly cool style, which he further channeled via flat shoes. As the lineup progressed, his journey veered to Palm Springs, Calif., with the orange-y sunsets and relaxed vibe inspiring the tie-dye prints of caftans, sensual eveningwear with ruffles and fluid pajama sets. A stunning shearling coat recalling the motif added to the nonchalant attitude of the collection, which was appealing in its versatility and multigenerational approach.