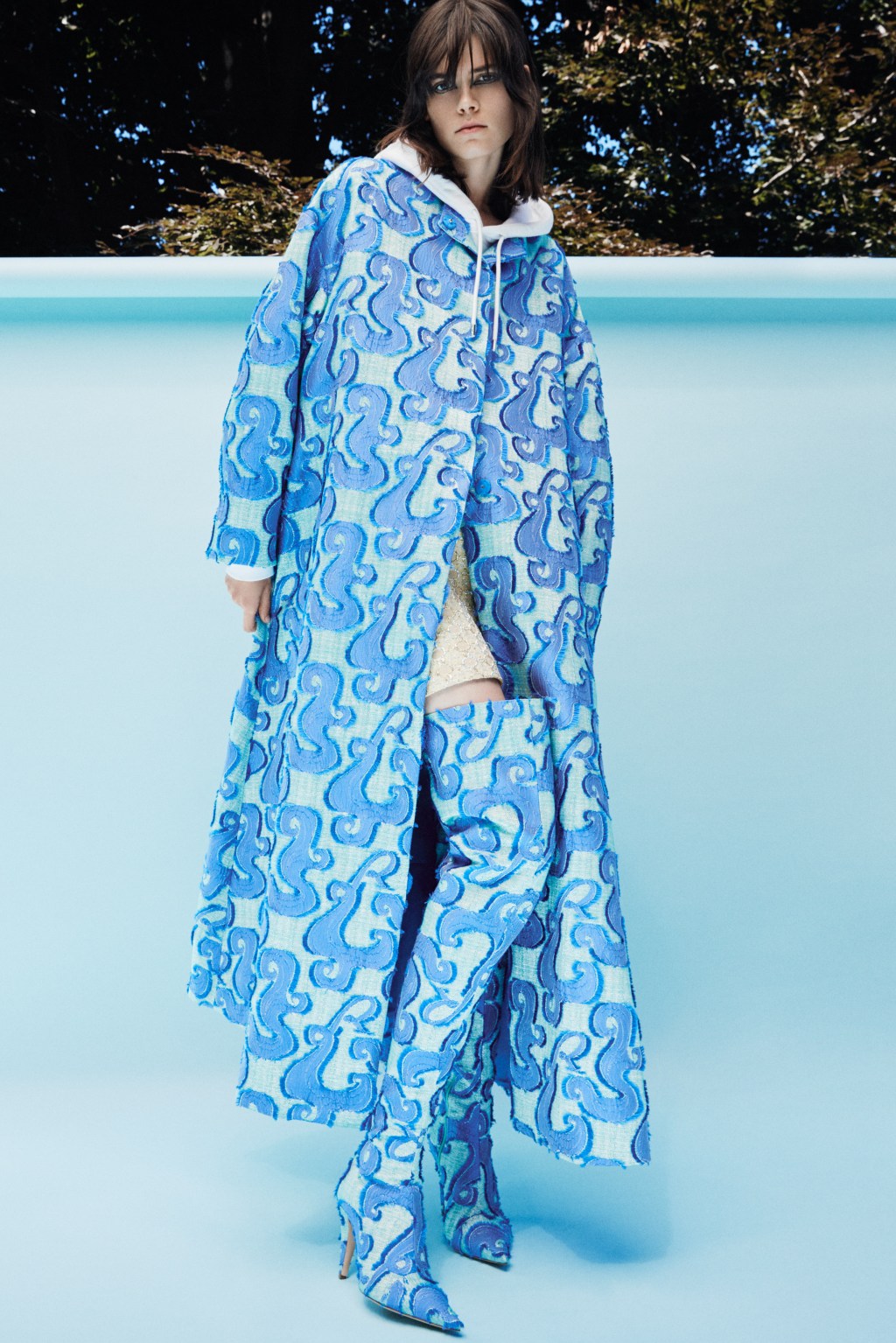 For designers tasked with revitalizing a heritage fashion house, designing a collection inspired by a bestselling perfume is something of a rite of passage.

For the first time since taking over as artistic director of Rochas last year, Charles de Vilmorin took a closer look at the house’s formidable fragrance footprint, basing his resort collection on a colorful vintage ad for Eau de Rochas.

The signatures he’s established, in the short time since he founded his brand during the coronavirus pandemic, were still present. But there was a new lightness to his loopy, hand-drawn motifs, rendered in an aquatic palette of blue, coral and green, and his puffy-sleeved blouses and jackets in weightless fabrics.

“I really wanted something joyful, fun and quite poetic. I wanted the Rochas woman this season to be happy,” the designer said.

The collection’s main motif, evoking the reflection of light on water, was inspired by a costume that Pablo Picasso designed for the Ballets Russes in 1917. It was rendered in opulent fil coupé brocade on a striking blue coat and matching thigh-high boots, and used as a print on a flowing trouser suit paired with mirror ball platform boots.

Just don’t expect the designer to pop up on a Caribbean beach anytime soon. De Vilmorin, who cites Tim Burton and Alexander McQueen among his influences, said he prefers to dive in the Brittany region of northern France. “There’s something mystical about it. It’s a little Harry Potter, very fantastical, a little dark,” he said.