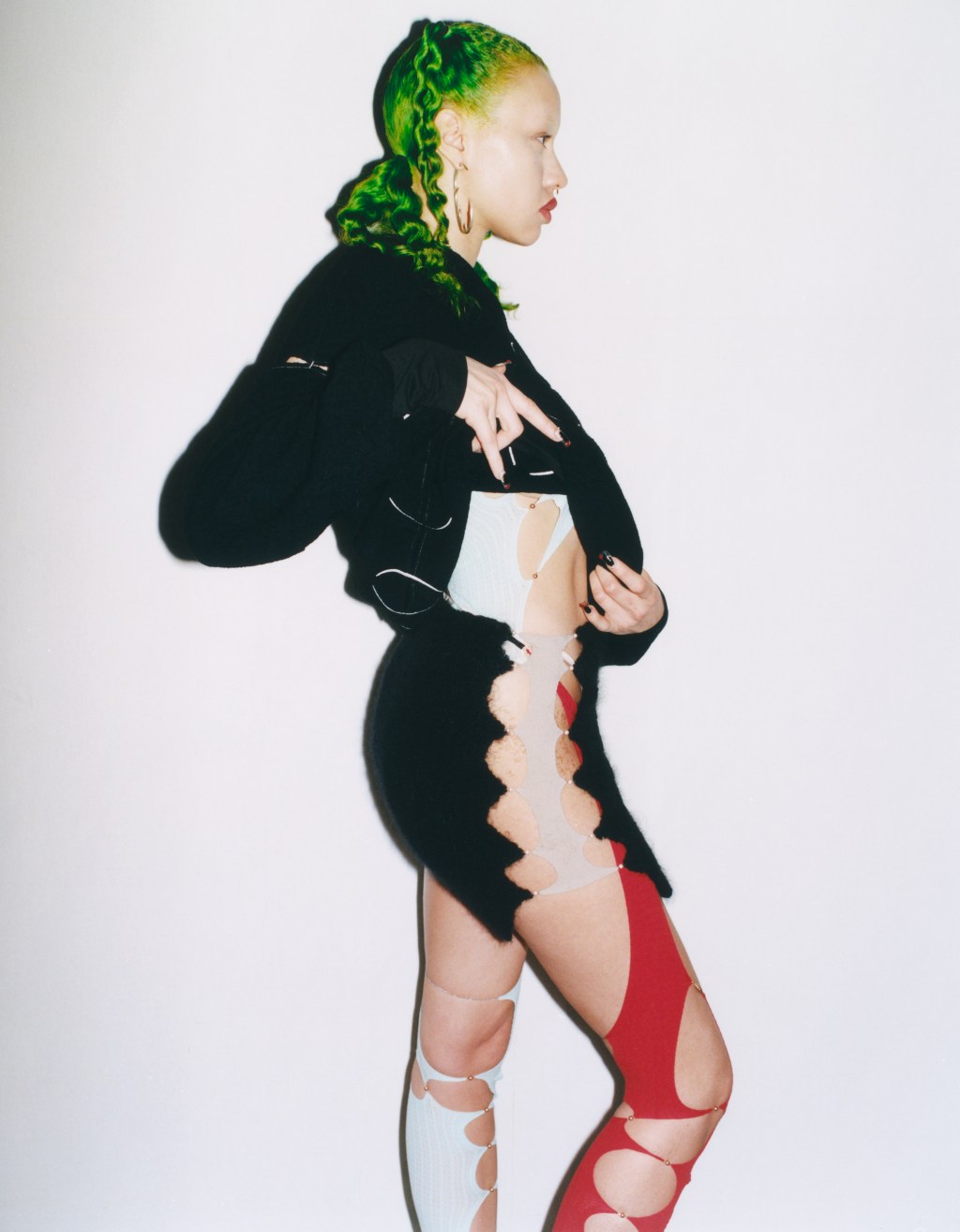 Known for body-conscious, ultra-fine knits seen on the likes of Dua Lipa on the cover of Rolling Stone, Rui Zhou’s fall 2022 collection saw the designer out to prove that she is more than a one-trick pony.

Her Paris debut, after winning the Karl Lagerfeld Prize at the 2021 edition of the LVMH Prize for Young Designers, at the Palais de Tokyo showcased a wider range than knitwear. She presented her first graphic-bearing T-shirt and offered her take on suits, outerwear, loungewear and blankets, using techniques like printing, embroidery and crochet, which were new to her.

“I feel it’s very important to show change this season. To show something refreshing. I added more fabric to cover the body this season because I don’t want people to think Rui is just a bodysuit or underwear brand,” Zhou said.

The shift from what appeared to be a sexy vibe — which, according to Zhou, was actually meant to showcase the feminine feeling in a tight-knit relationship — to a more relaxed approach to design and femininity also reflected the designer’s personal change, as Zhou tied the knot during the pandemic. She now finds domestic life “quite vivid and interesting in some way.”

“My collection is not about showing the super-powerful aspect of women and to show sexy, confident bodies. It’s about believing in yourself to embrace yourself,” she added.

Zhou plans to go back to China by the end of March. But given the Ukraine — Russia situation making international flights more challenging — she thinks that the idea of getting stuck in Paris is not too bad.

“I can find more potential collaborations and go shopping. It’s really important to get into different life right now because I have lived in China for the past two years since I moved back from New York,” she said.