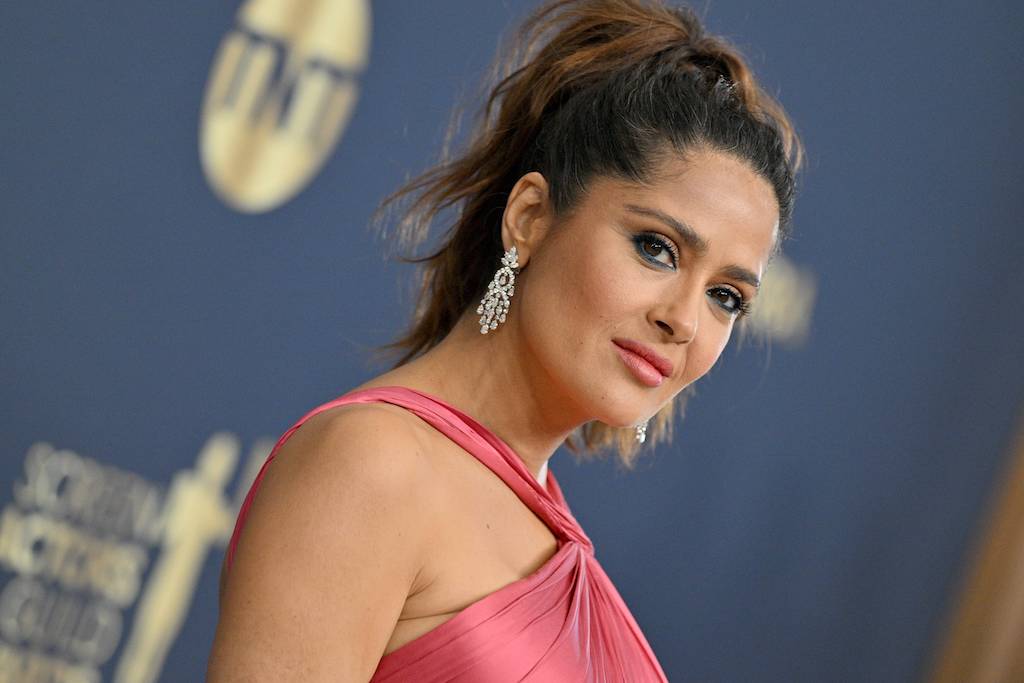 Salma Hayek and her daughter Valentina Pinault recently flexed their modeling muscles in a shoot with Vogue Mexico. In the stunning photo spread, the 55-year-old actress and her 14-year-old daughter put their almost-identical looks on display, celebrating their close bond through photos.

Shot in recognition of Mother’s Day, the cover and corresponding photo spread was crafted to represent the unique relationship between a mother and her daughter, according to the Vogue Mexico’s Instagram page.

For the May 2022 cover, the mother-daughter duo wore matching Gucci for Valentina’s Vogue debut. With minimal makeup and wavy hair, the pair let their twinning features shine for the simple yet stunning cover.

Inside the magazine, the pair are pictured in a variety of outfits, including matching striped shirts and jackets in one sweet black-and-white shot.

Another black-and-white picture depicts the duo modeling mixed patterns in a garden, with Salma in a floral dress and Valentina in an oversized plaid jacket. Both are pictured in garden-practical Hunter rain boots.

In another color photo, Salma models a colorful tropical leaf and flower dress with contrasting black lace trim while Valentina wears a tan vest with delicate floral embroidery. Valentina is also pictured solo in the magazine, wearing a denim jean-and-jacket with statement stitching and a simple white shirt. Platform shoes finished things off.

In the shoot’s corresponding interview, which was conducted in Spanish by Mexican actress Irene Azuela, Salma says her daughter has always been independent when it comes to style.

Valentina was also interviewed in the story, talking about her love of makeup and fashion. But the teen also gave a hint that she may follow in her mom’s footsteps when it comes to her choice in front of the camera.

See more of Hayak’s style through the years.