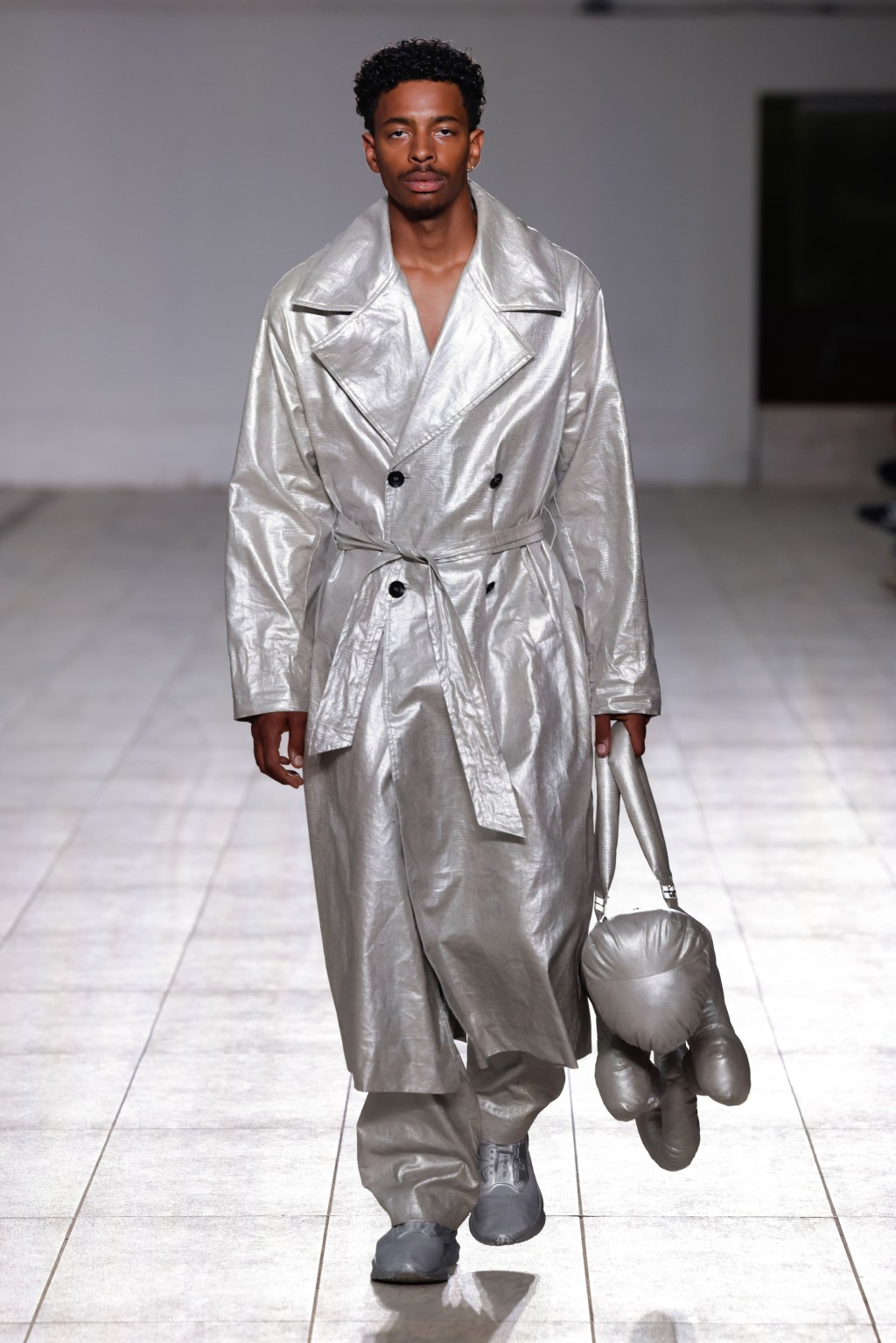 The rooftop of the modernist Maggio Musicale Fiorentino concert hall and its imposing marble staircase served as a poetic backdrop for Soulland’s show at Pitti Uomo, one imbued with some sartorial experimentation and a clash between childlike memories and a retro futuristic bent.

Never mind the cloudy sky, the setting was breathtaking and the music, a mix of genres from chill out to opera, contributed to the dramatic effect.

Creative director Silas Adler sent diverse kids down the runway, all brimming with a youthful spirit, not bothering with gender identification; Soulland’s fashion is officially a genderless affair. As their out-of-runway counterparts, the models seemed less concentrated on fashion per se and more on showing their attitude.

That’s probably why Adler really worked on single items and mixed them together without feeling pressured by the boundaries of cohesiveness, as if his were Copenhagen types mingling around town.

Touches of naïveté, often lacking the playful touch often associated with Soulland, came in the form of paisley jacquards, for spongy knitted shorts and vests developed with Danish knit maestro Laerke Bagger, prints and patches in the shape of evil cats (Spring Devil was the name given to the collection’s inspirational character), the yin-yang symbol, and stylized suns, appearing on tracksuits, shirts and baggy pants.

Fashion got more interesting when Adler played by a different rule book, nodding to Pitti Uomo’s sartorial heritage with workwear suits in corduroy or in tactile bubblegum pink jacquards with boxy blazers and pocketed pants. They were paired with cool cushioned sneakers from the brand’s latest Li Ning collaboration.

A metallic silver number and a similar power-shouldered trenchcoat had a retro-futuristic vibe as did the cool-chasing and too referential foam platform sandals, while a sportswear edge resonated in nylon pants worn under a kaftan dress, windbreaker and striped shirt.

During a preview Silas said he wanted to bring a dash of Copenhagen energy to Florence, before unveiling spring’s second chapter in the Danish capital in August.

As models left the marble staircase to crowd the imposing space for the finale, one couldn’t argue energy was lacking but that powerful walk-off image left you craving for more edge along the way.