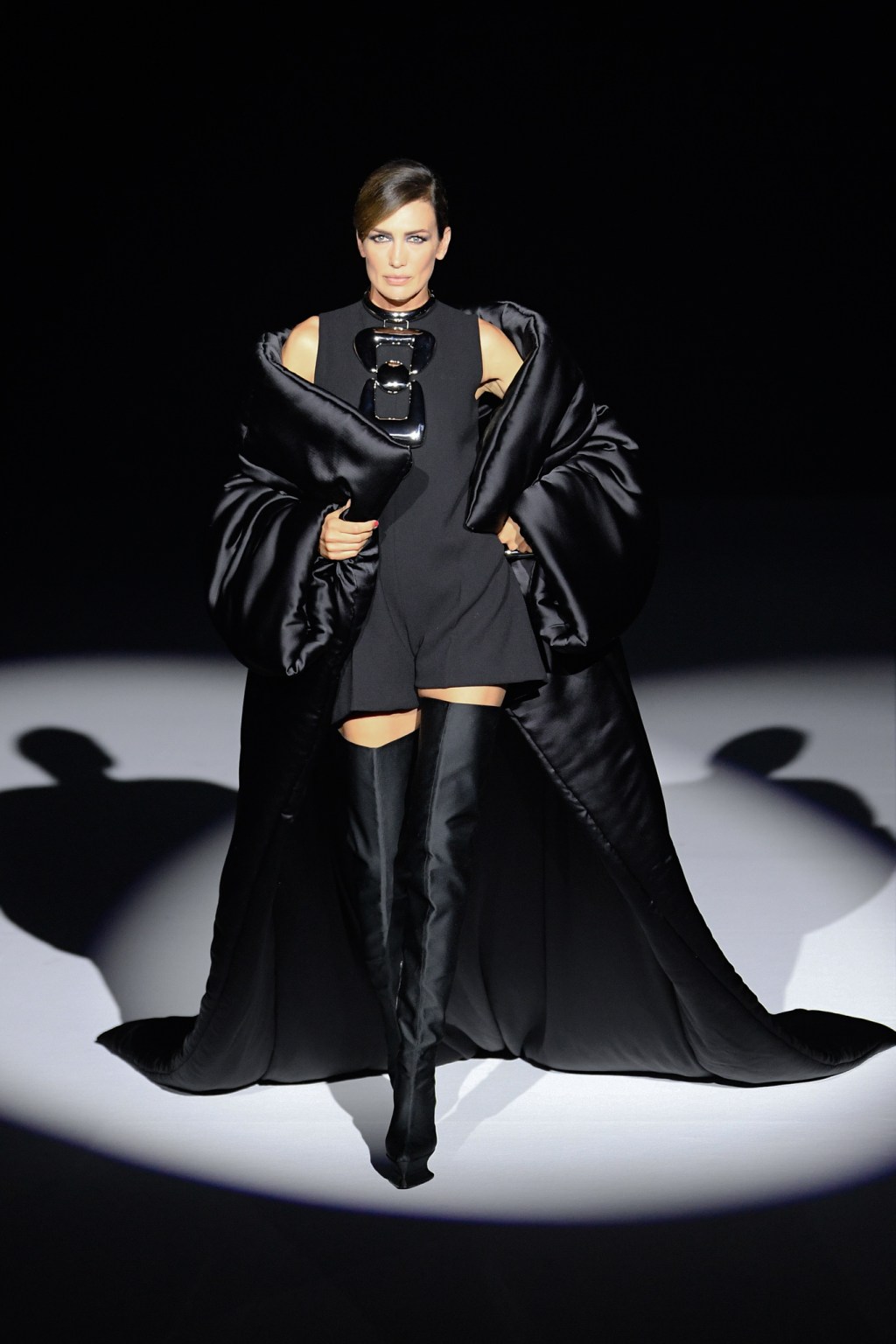 Stéphane Rolland took to the stage to pay homage to the late French singer Barbara. The couturier held his fashion display at the Théâtre du Châtelet, the iconic chanteuse’s favorite haunt, especially between 1993 and 1997, and the last venue where she performed before passing away 25 years ago.

“I didn’t choose Barbara, she chose me,” the designer said. “Barbara was in my life since I was born, when I first heard her voice.”

Comedian Valérie Lemercier told showgoers that she and the singer shared a taste for couture, long tours, black licorice and sunglasses.

“What I wanted is to express a sensibility, style, vibe and allure through a collection which is not the perfect image of Barbara — that was not the goal, because otherwise I’d have done a collection of black jumpsuits,” continued Rolland. “It was to transform [fashion] into a symbol and a different expression of art.”

The long bombers dress in padded white duchess satin had a flowing train and cape-like top seconding as a hood. That came paired with a sheer top embroidered with crystals in a “tattoo” motif. A long, strapless red “bathing-suit dress” of jersey and chiffon was embellished with red gazar ballooning and flowing over one arm. The straight wool-crêpe sweater dress, down to the floor, had an open back and “Masai” embroidery in white stitching.

“I put in this very French style [an] African twist, with an African vibe in just the right measure to make it spicy, interesting, sexy,” said Rolland. “I think Barbara would have loved what I’ve done.”

She might have adored, too, the theatrical ending. When the curtain rose, it revealed attendees were sitting in the backstage, making them — and the models — the stars.