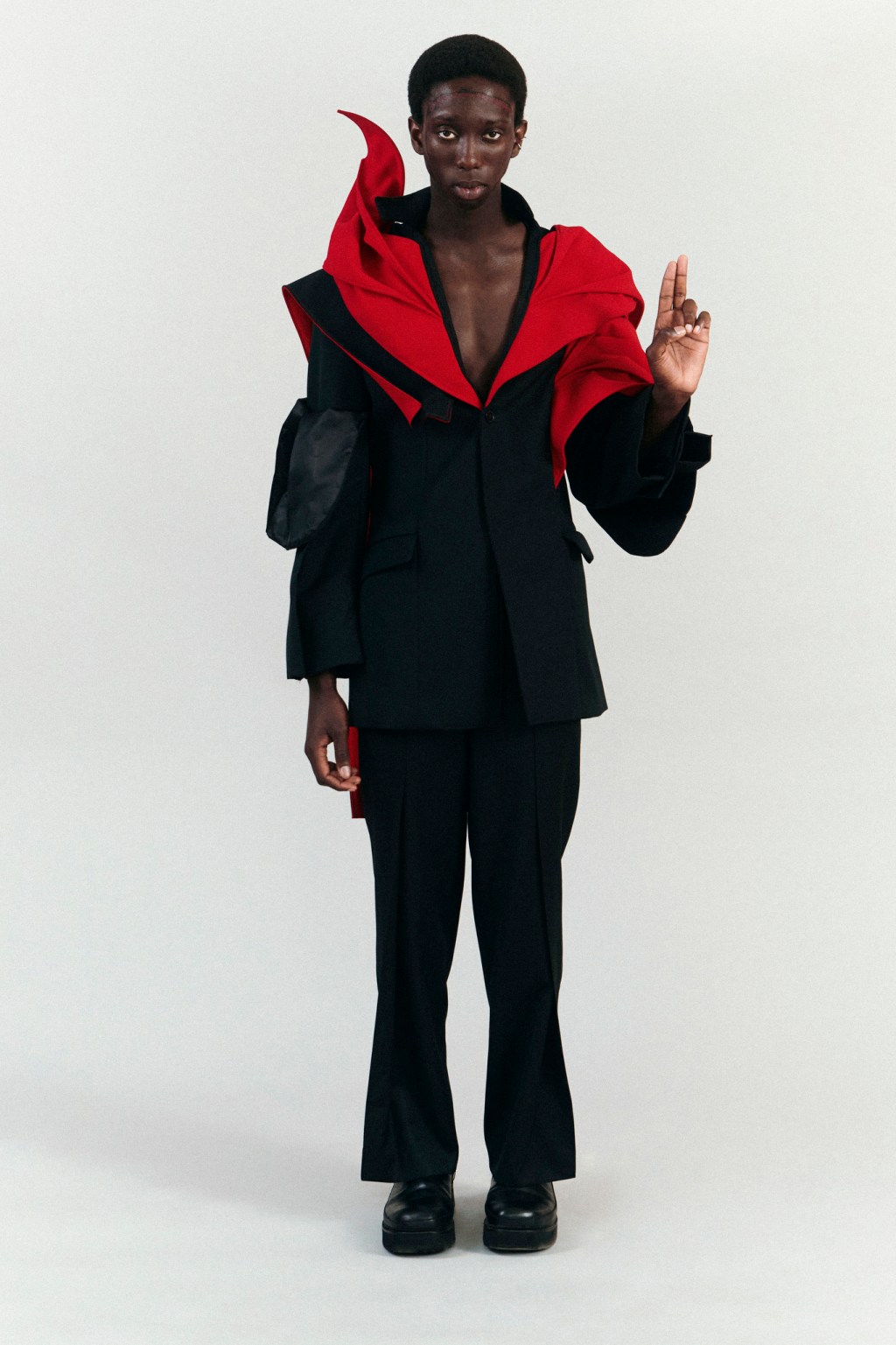 Steven Passaro wants to talk about feelings, and how they aren’t just evanescent, well, feelings but complex processes that leave a visible trace on the body. The starting point of the spring collection was “The Body Keeps the Score,” in which psychiatrist Bessel van der Kolk explains the physical repercussion of psychological trauma.

To make his point, the designer used the colors associated with each emotion, such as red for anger, yellow for joy or blue for sadness, as the season’s color palette.

But fear not looking like an extra from Disney’s “Inside Out,” where emotions became animated characters living their best life in a child’s brain. Passaro kept the hues sophisticated and delivered them with a light hand, such as contrast stitching or dip dye effects.

The designer’s fondness for pleats and faux layering played well with his metaphors for emotions surfacing. Inner turmoil took the shape of folds in jersey tops, while complex emotions became two-tone juxtapositions of geometric lace.

Elsewhere, the outline of a tank top on a crisp shirt embodied the idea of appearing one way and feeling another. Occasional voluminous ruffles gave the impression of hackles raised — or joy radiating, depending on whom you asked. It was a rare flourish that played well with well-cut but not-so-formal blazers and smartened up denim.

These in particular made his knack for trompe l’oeil and apt hand for tailoring feel, and look, in step with the moment.