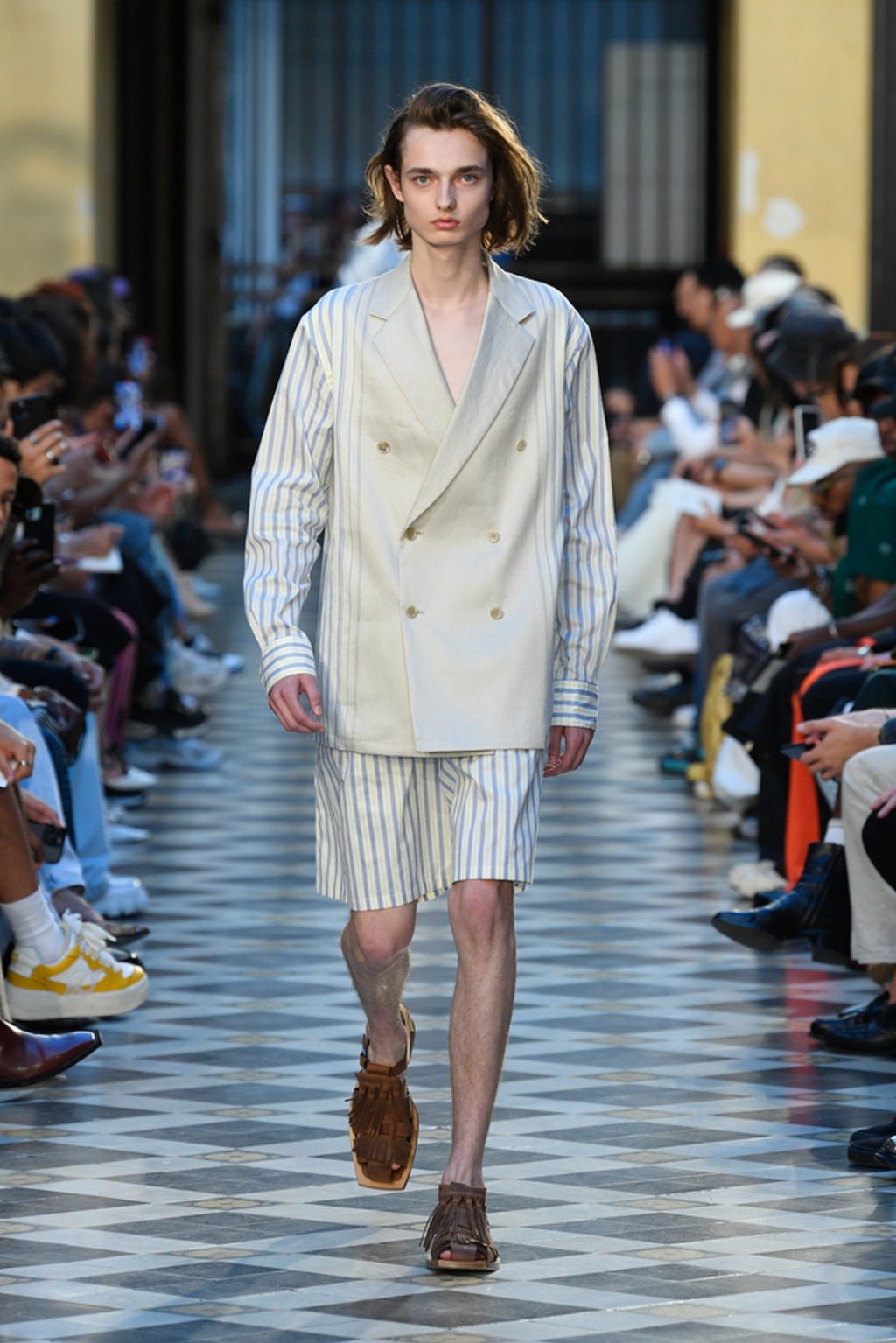 With no guiding theme other than a desire to offer the world something “strong and beautiful,” Takuya Morikawa put on his Taakk label’s first runway show on the official Paris calendar, a blast of color under the glass ceilings of one of the city’s covered arcades.

The Japanese designer joined the official schedule during the pandemic, and has been showing digitally since. It felt wonderful to finally be in Paris with his whole team, Morikawa beamed backstage before the show, speaking through an interpreter.

It was great to see his innovative use of fabric up close and in person, so much more tangible than through a screen.

His denim looks were worked with rough thread patterns that resembled clouds, sporty yet poetic with variations for men and women.

Elsewhere he played with weaving different yarns together to create his signature graduated fabrics — linen to cotton or chiffon, bobbly knit to plain.

A double-breasted suit with Bermuda shorts in linen and cotton with a light vertical stripe, a graphic trenchcoat that played with transparency and head-to-toe looks in abstract watery or floral motifs were further examples.

Sporty separates were spray-dyed, giving them a blurry finish, or given diagonal fringing details for a touch of fun.