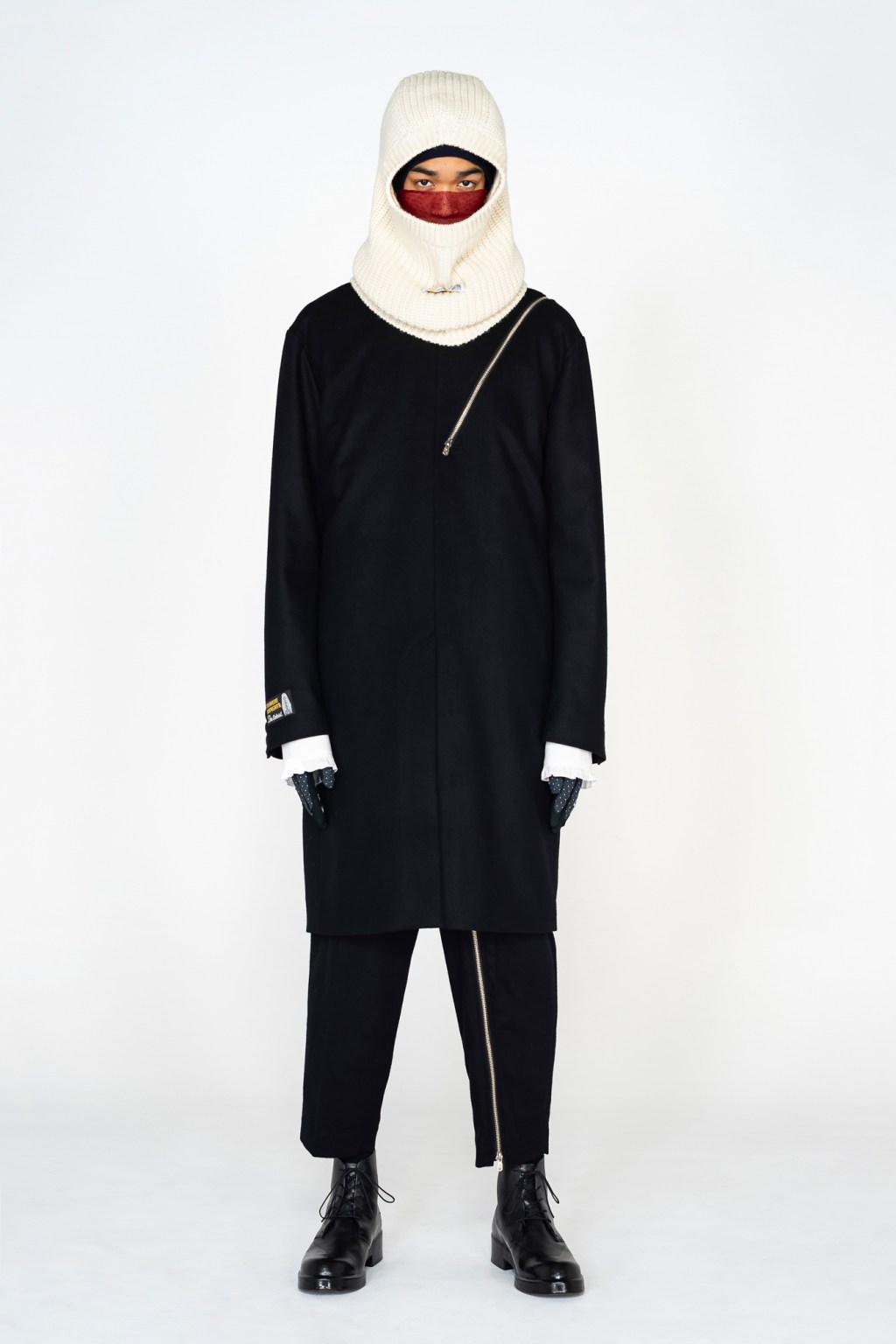 Inspired by the music of the 1960s — particularly Billy Preston, who was also known as the “fifth Beatle” — Takahiro Miyashita’s latest collection featured a new, back-to-front take on the classic ‘60s three-button suit. He reversed other garments as well, including knee-length coats and double-breasted jackets. Born from his own recent penchant for cycling, many of his outerwear and knitwear pieces took on balloon-like shapes that were shorter in the front and longer in the back, making them easy to wear on a bike.

“This seasons’s concept, garments for all, led me to base the collection on classical pieces that anyone can wear,” the designer wrote via email. “Conceptually, it is the amalgamation of various Afro-American music such as jazz, soul and blues. Yet it is not the revival of existing silhouette and materials but exploration of new silhouettes and materials. In recent years, I started to feel that the essentialism has gone too far. On the contrary, I find certain redundancy meaningful in garments.”

Much of Miyashita’s collection was in classic black, but he added pops of vibrant hues that he said were favored by Preston and his peers. Bright pink and blue duffle coats, a green vest and a purple cable-knit cardigan added a modern, streetwear edge. In a conceptual video to present the collection, he showed black outerwear with a silver zipper running diagonally across the back and contrasted with a brightly colored knit hood. Models walked or cycled on empty streets before their images became static or distorted. Miyashita mirrored the zipper details in his trousers, which were cropped and relaxed fitting or slim and straight to complement the voluminous coats and sweaters.