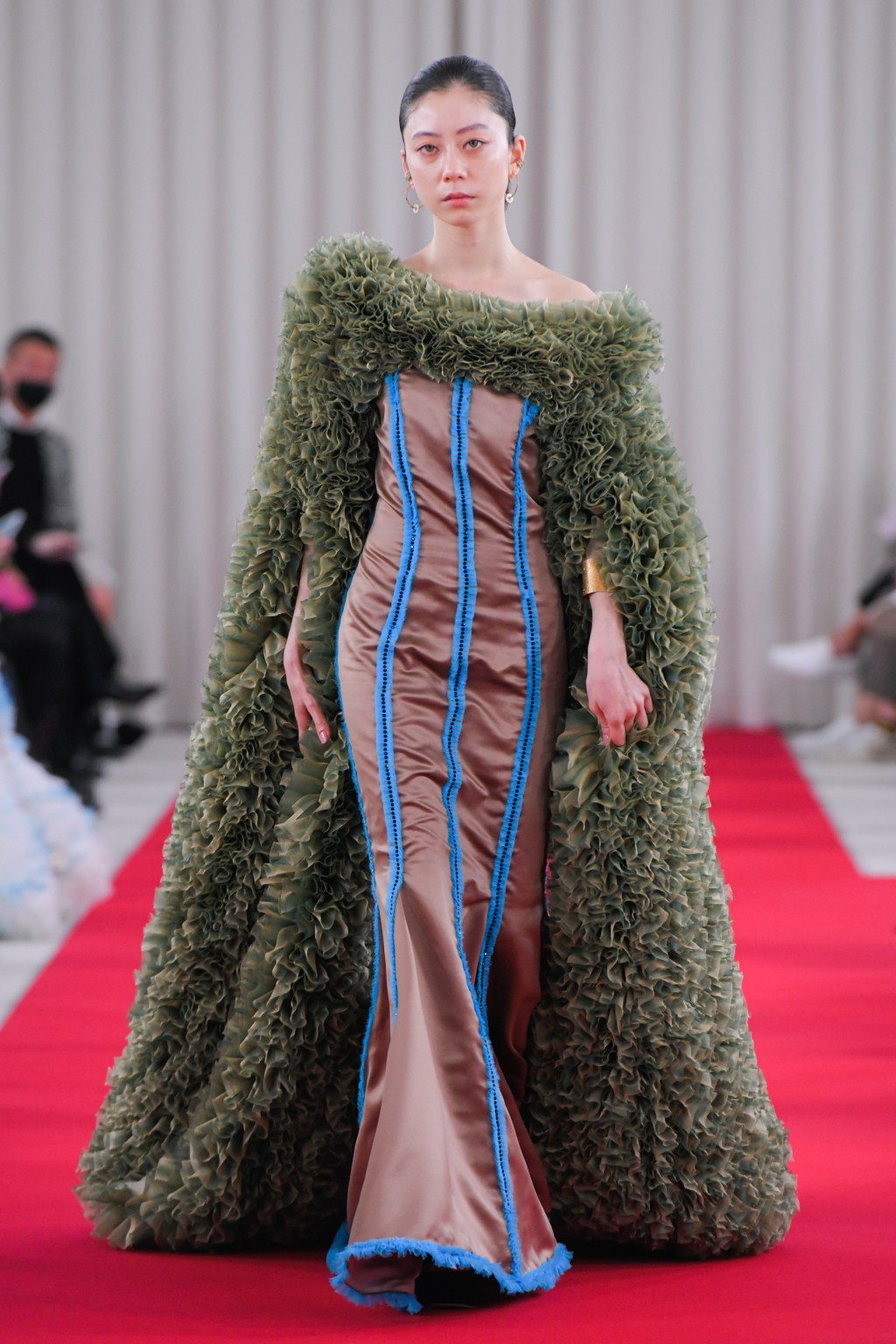 Invited by sponsor Rakuten to present his collection during Tokyo Fashion Week under the By R program, Tomo Koizumi staged his first runway show in his home city in more than two years. The designer is known for his generous use of colorful tulle ruffles, but his latest offering showed a departure from his frothy creations of allover frills. Instead, he turned out a collection of dramatic eveningwear with fairy-tale princess vibes.

Koizumi showed colorful frocks with seams trimmed in rows of bright, contrasting mini-ruffles. He mixed muted tones, eye-catching neons and glittering sequins for a look that merged pop with chic. His signature layered ruffles appeared as contrasting capes, sleeves, peplums and trains on dresses of all lengths. He also showed his first men’s looks: a black tuxedo trimmed in copper ruffles on the jacket lapels and outer pant seams, and an orange pajama-like set topped with a deep brown cape that called to mind a modern Liberace.

The few fully ruffled gowns were just as striking as Koizumi’s earlier creations, but because they consisted only of a single color of fabric, they were also more understated. A tea-length, A-line dress in deep purple was followed by a long silver number with a defined waist and flouncy hem. Koizumi closed the show with an elegant, full-skirted ballgown in shimmering royal blue.