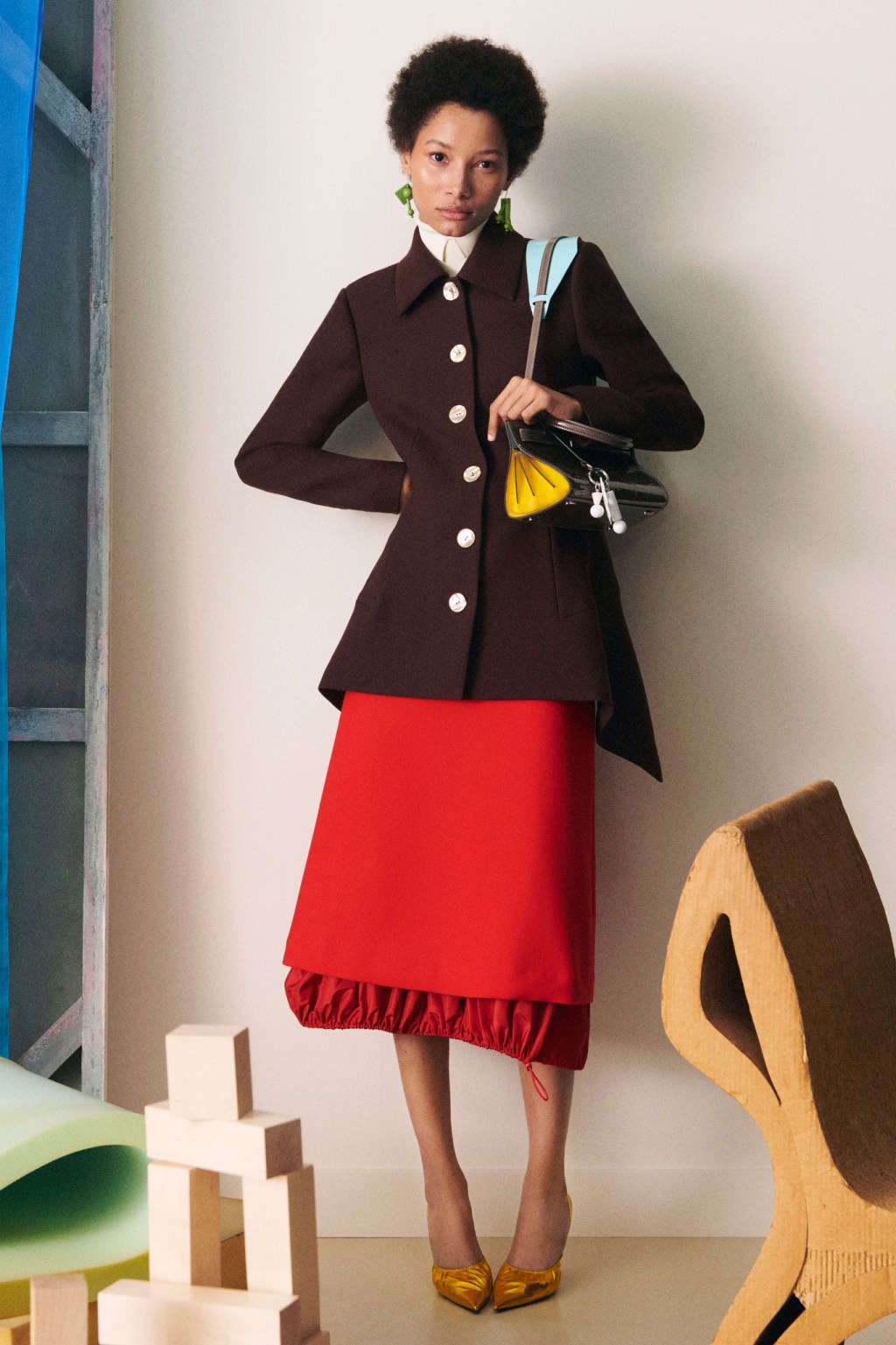 “There’s so much you can’t control in the world, and I think people can control how they look, how they dress. It’s this outlet of emotion and creativity. I really see that in young women,” Tory Burch said during a preview of her resort collection, held at her company’s Jersey City studio.

On May 21 (the evening prior to the preview), Burch was an honoree at the Parsons Benefit; during her speech, the designer addressed some of the barriers to women’s equality — a conversation that will be continued on June 14 at the Tory Burch Foundation’s third Embrace Ambition Summit, called “Confronting Stereotypes and Creating New Norms.”

In addition, the designer cited Parsons alum Claire McCardell as inspiration. “In the 1940s, she said something radical for the time. She said, ‘Dress for yourself — not for anyone else,’” Burch said. “She was the first designer to truly empower women through her clothing.”

Offering women the tools for confident personal style has been even more of a laser focus for Burch as of late — like in her fall collection, the designer continued to provide strong wardrobe-building blocks, calling resort an “invitation for individuality and experimentation, which is the core of American sportswear.”

The designer continued to home in on versatility, convertibility, and range (in fabrication, silhouette, and new, quirky details) — mixing era-spanning references with modern, polished ease.

“I wanted to think about proportions and not about a time in history — the way I see women today taking ideas from anything from historical pieces to the ’60s to the ’90s and putting their personal spin on it, that’s really interesting to me.”

Burch melded “historical” and modern techniques to derive dresses and skirt sets with nipped-in waists and accentuated hips, mixing cotton and tulle with interior batting on a black and cream number to give petticoat-reminiscent volume and structure. Easy corset dresses and sculptural tweed tops with micro-layered hems atop poplin track pants with raffia tassel embroideries nicely added to the idea.

Playing up the dichotomy of materials, she added peek-a-boo nylon parachute skirts beneath linen and silk midi skirts (a red number was paired with a brown double-faced wool riding jacket with slightly extended, pointed coattails, as well as a ’60s-inspired tunic), while colorful, lightweight beaded embellishments (inspired by Burch’s grandmother’s costume jewelry) swung from the hems of reversible boleros and graphic, mixed floral crop-top and high-waisted skirt sets with distinct handkerchief hems.

To round out the assortment Burch peppered in signature dickies, holiday-centric, fluffy Lurex knits, and ’90s floral-stamped jersey babydoll Ts (which looked great with jersey column skirts), with a strong assortment of artisanal baubles, architectural footwear and new handbags with pop-color accents.