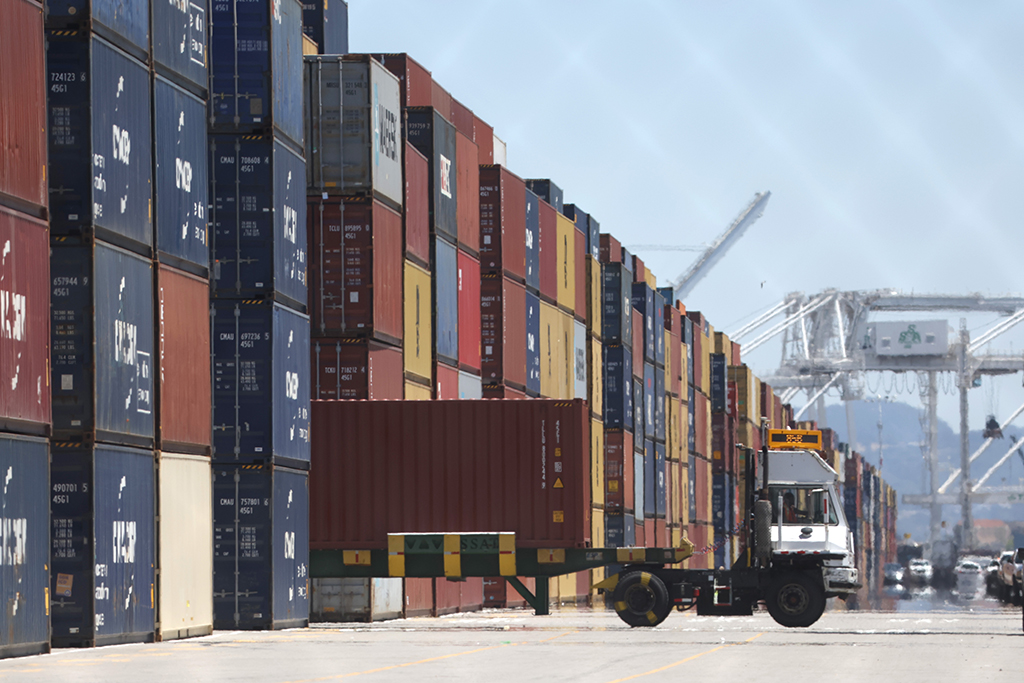 Imports set “another record high” this spring as the nation’s major container ports worked to reduce congestion, according to the monthly Global Port Tracker report released on Friday by the National Retail Federation (NRF) and consulting firm Hackett Associates.

According to the report, ports saw a surge in activity this spring as a slowdown in cargo from Chinese factories closed by COVID-19 gave them a chance to clear built-up congestion. Retailers bringing in seasonal merchandise and importing other goods early to avoid any problems related to the contract negotiations may have also contributed to volume.

U.S. ports covered by the Global Port Tracker handled 2.4 million Twenty-Foot Equivalent Units (TEU) — one 20-foot container or its equivalent — in May, the latest month for which final numbers are available. That was up 6% from April and up 2.7% year over year. It also set a new record for the number of containers imported in a single month since NRF began tracking imports in 2002, topping 2.34 million TEU this March.

Ports have not yet reported June numbers, but Global Port Tracker projected the month at 2.25 million TEU, up 4.8% from the same month last year. That would bring the first half of the year to 13.5 million TEU, a 5.4% increase year over year.

“Cargo volume is expected to remain high as we head into the peak shipping season, and it is essential that all ports continue to operate with minimal disruption,” NRF VP for supply chain and customs policy Jonathan Gold said in a statement. “Supply chain challenges will continue throughout the remainder of the year, and it is particularly important that labor and management at West Coast ports remain at the bargaining table and reach an agreement.”

Ben Hackett, founder of Hackett Associates added, “Congestion of ships waiting to berth on the West Coast has eased, and we expect to see the same on the East Coast as carriers begin to return to their normal patterns of port calls. After a short period of decline, freight rates are on the rise again as congestion in Europe and idle vessels there take capacity out of circulation.”

The contract between the International Longshore and Warehouse Union and the Pacific Maritime Association expired July 1, but cargo operations are continuing. NRF and more than 150 groups wrote to President Biden last week asking the administration to work with both sides to avoid disruption. The eventual labor contract agreement will include 29 Pacific Coast ports from California up to Washington state, ports that bring in up to 40% of America’s imports.

The funding package sets aside $110 million for creation of a new Goods Movement Training Campus at the San Pedro Bay port complex, as well as $1.2 billion for port-related projects that increase goods movement capacity on rail and roadways serving ports and at port terminals.