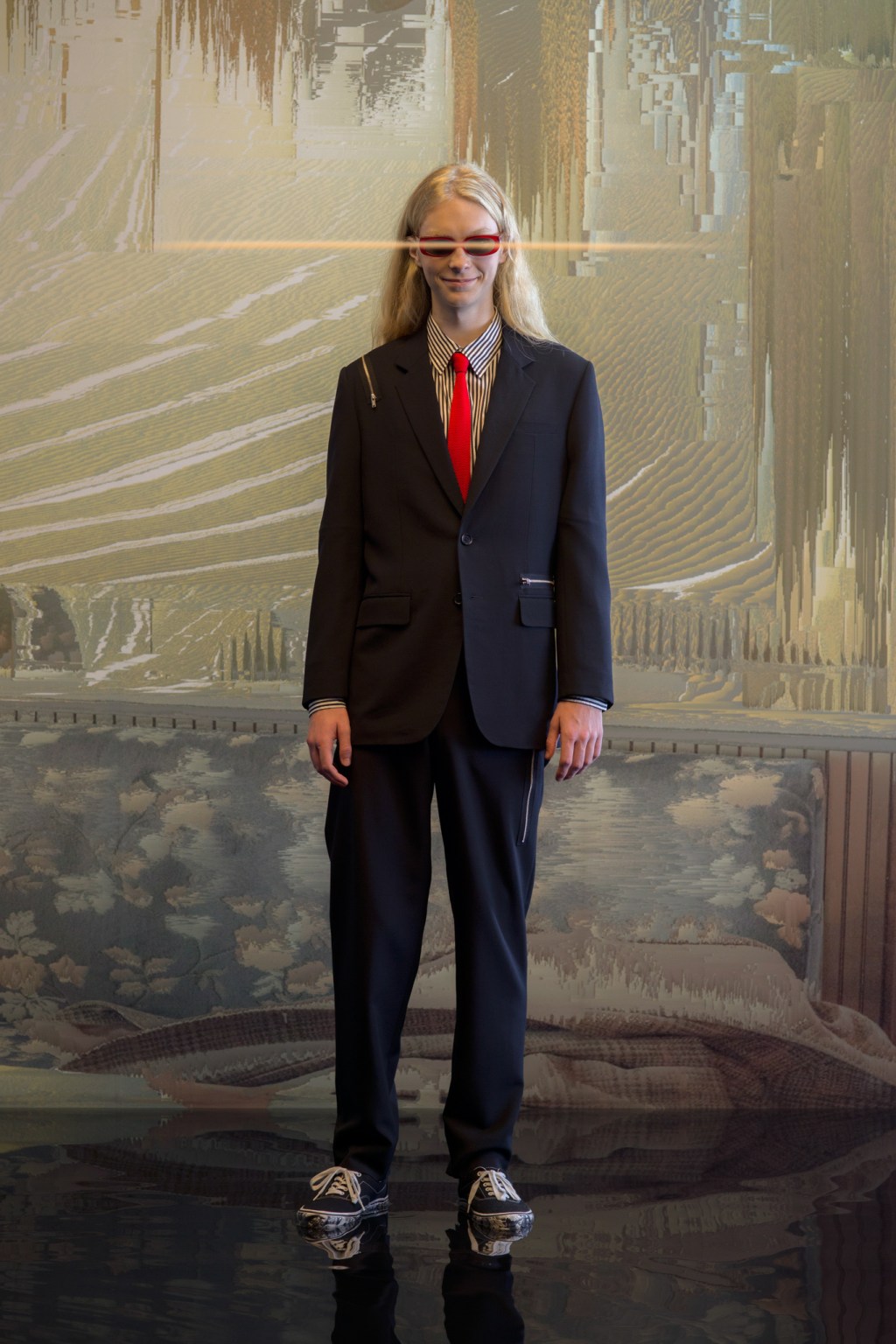 Jun Takahashi continued to draw inspiration from music and cinema for his menswear offerings.

As its name suggested, the spring 2023 collection “The Dark Side of the Bright Side,” released in the form of a look book during Paris Men’s Fashion Week, was a fan letter to the English rock band Pink Floyd.

Cover art from the band’s iconic albums, including the dairy cow on “Atom Heart Mother,” the prism on “The Dark Side of the Moon,” the Battersea Power Station on “Animals,” and two men shaking hands with one burning on “Wish You Were Here,” were repurposed with some printed over an entire jacket, while some scaled to the size of a logo on T-shirts and hoodies as if they were homemade merch by diehard fans.

The collection also featured shirts with lyrics from songs like “Vitamin C” and “Mother Sky” by the German experimental rock band CAN, motifs of Japanese filmmaker Akira Kurosawa and Yasujiro Ozu, and American jazz composer Sun Ra: A little clue for those in the know to identify each other.

Other standouts include cozy knits, hand-treated leather jackets, shirts with cute embroideries, and the brand’s first sandals with Melissa.